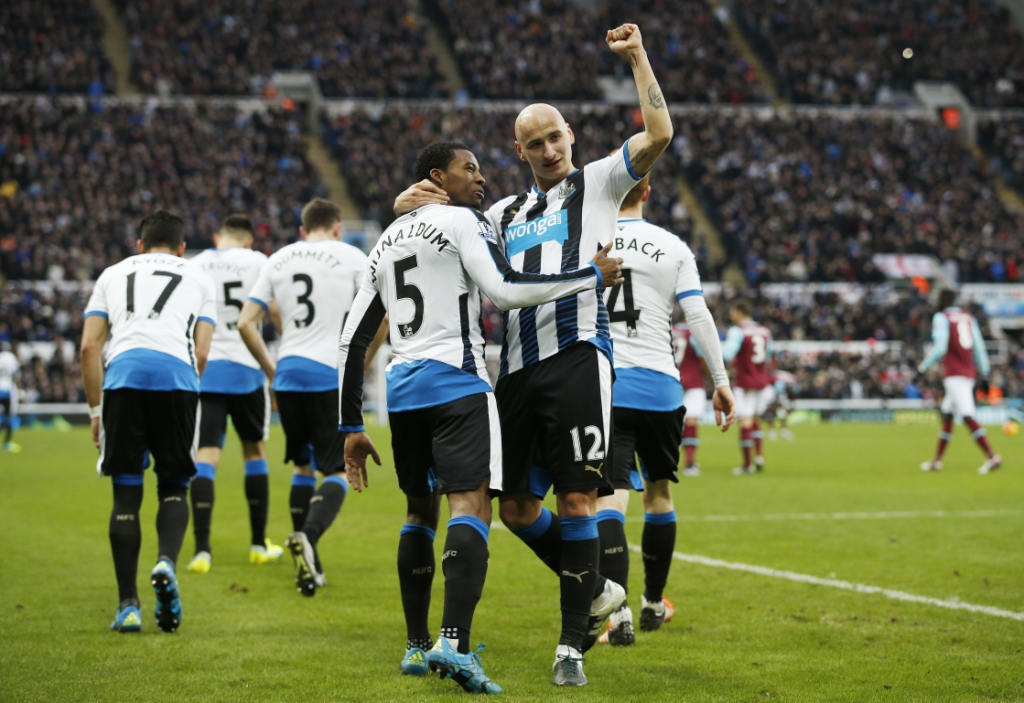 Jonjo Shelvey may not be one of the numerous global superstars plying their trade in the Premier League, but if he is able to save new club Newcastle United from the drop, the England midfielder will be afforded a legendary status on Tyneside.

An industrious and abrasive midfielder, Shelvey has all the qualities that could make him a fan favourite on the Toon – a fact Kenny Dalglish swiftly reminded him after his move from Swansea last week.

A legend at Shelvey’s former club Liverpool as well as on Tyneside, Dalglish’s told the 23-year-old that if he learned the magnitude of the club, he would soon be ‘loved’ by the Geordie faithful.

He certainly started off with a bang thanks to a hugely impressive display in Newcastle’s victory over West Ham at the weekend, having a hand in both goals as Ayoze Perez and Georginio Wijnaldum fired the Magpies out of the relegation zone.

Capped six times already by England, if that level of performance continues he will be hopeful Roy Hodgson will give him another chance to show he is worthy of a place in his squad for this summer’s European Championships in March’s friendlies against Germany and Holland.

And if he is to save Newcastle from their second relegation in seven years – and ensure they are part of the massive windfall Premier League clubs will be due when their new television deal comes into effect next season – the £12million Steve McClaren splashed out on him will seem like the bargain of the decade.