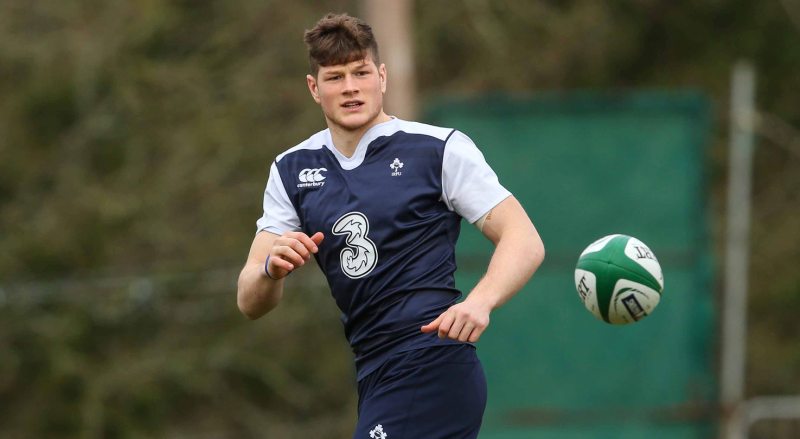 Joe Schmidt continues to call on the young guns and Jack O’Donoghue is the latest prospect to drop off the Irish conveyor belt.

After debuts for Ultan Dillane, Stuart McCloskey and Josh van der Flier against England last time out, the Munster back rower has taken his place in head coach Schmidt’s 35-man squad for their final two games of the Six Nations.

The back-row forward has long been earmarked as a future international, having captained Ireland Under-20s at the 2014 Junior World Championship.

It was not always certain that O’Donoghue would pursue a career in rugby, though – a promising young hurler, he played for Ballygunner and De La Salle College and represented his county at age-group level.

However, after appearing in last year’s PRO12 final for Munster, the 22-year-old admits he made the right choice.

I got a chance to play alongside Paul O’Connell and players like that and they were my icons, my role models,” he told the Irish Independent. “That makes it worthwhile.”

Since then, injuries to Peter O’Mahony and Tommy O’Donnell this season have opened up opportunities at Munster, but not in O’Donoghue’s most familiar position.

Traditionally a No.8, he has regularly filled in at openside flanker for Anthony Foley’s side, racking up 14 starts already in the PRO12 – before the start of the campaign he had just two.

Now the Waterford-born forward can turn his attention to international honours, having been handed the opportunity to train alongside Ireland’s best.

And O’Donoghue, who is also close to completing a degree in Industrial and Pharmaceutical Chemistry at the Univerisity of Limerick, could soon write his name in the history books.

Waterford’s last men’s international was Ben Cronin, who was capped twice in the 1990s, and Ireland’s latest call-up is surely on the right track to end that long wait.

Obviously my family and friends are proud of me,” he told the Irish Examiner. “I have great support back home and I am very grateful for that.”