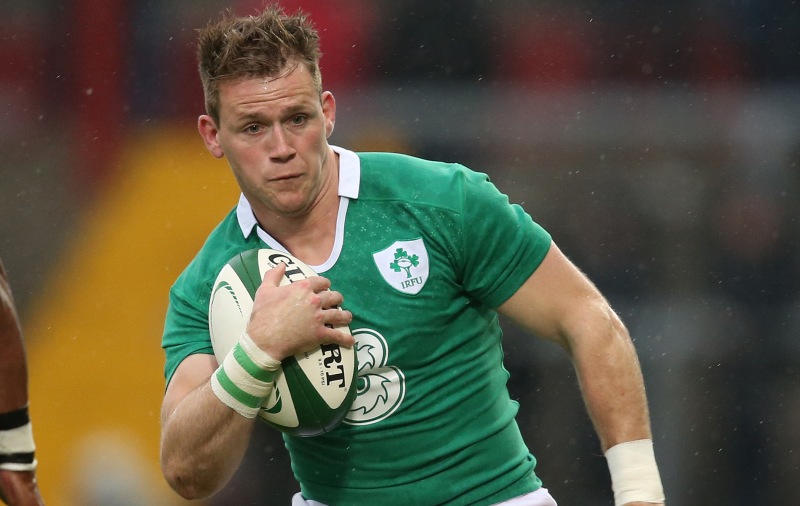 Ireland must get back on the horse when they visit Twickenham on Saturday and head coach Joe Schmidt has called on five new faces in his extended squad for the week.

The men in green are all at sea in the Six Nations after drawing with Wales on the opening weekend and suffering an agonising 10-9 defeat to France last time out.

Further setbacks arrived in the form of injuries to Mike McCarthy, Sean O’Brien and Dave Kearney but Schmidt has responded by calling up Dave Foley, Jordi Murphy and Craig Gilroy.

Experienced front row duo Cian Healy and Mike Ross also return to fitness to take their places in the squad, with Tadhg Furlong and Rob Herring returning to their provinces.

Ireland have been struggling both for tries and fit wingers in recent weeks and the arrival of Gilroy could well address that.

The Ulster flyer comes into the squad off the back of a man-of-the-match display in victory over Glasgow Warriors and a fine individual try against the Scarlets on Sunday.

Indeed, only Wales scrum-half Rhys Webb scored more tries in the Pro12 last season and Gilroy, who won his last cap in November 2014, is a proven finisher.

Munster lock Foley, who won both of his Ireland caps back in 2014, is called up after showing great consistency for his province this season.

The 27-year-old has already racked up 13 Pro12 appearances for the campaign, capably filling the gaping boots left by Paul O’Connell in the summer.

And Murphy arrives as back row cover, following the substantial loss of Leinster teammates O’Brien – at the expense of Chris Henry.

Henry, who featured for Ireland at the World Cup last year, made his first start since January 2 against the Scarlets yesterday in a bid to prove his fitness to Schmidt.

However, Murphy – a versatile back-rower with 14 caps to his name, links up with the squad and looks a strong candidate to take his place on the bench at Twickenham.

Throw in Healy and Ross – Murphy’s experienced Leinster teammates – and Schmidt is ready to put together and squad to take on the might of Eddie Jones’ England.

He said: “We have played in patches as well as anyone has but we have got nothing to show for it really. We need to desperately try and get something on the scoreboard.

There is definitely a tactical change with England, different things they are doing in the last two games as opposed to the last four years.

“They shift the ball very well. George Ford and Owen Farrell are two of the best passers in world rugby, so to transition from one point of attack to another point of attack is something they can do quite seamlessly.