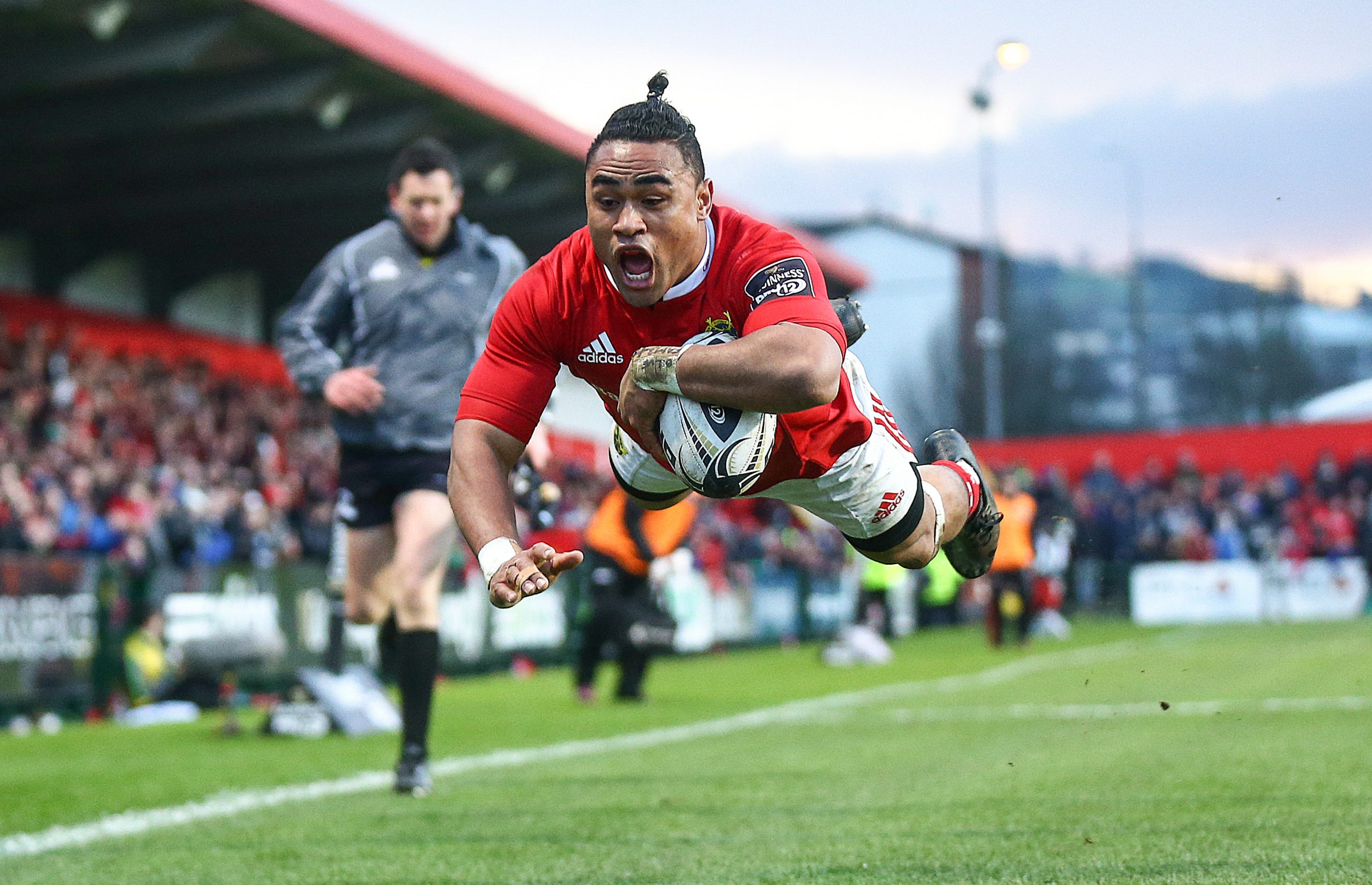 Francis Saili is finally coming into his own after six months in the Munster Rugby colours.

As expected, new signings often take time to bed into new surroundings, particularly for those who have travelled across the world but now it’s fair to say that the Munster fans are starting to see just what their new Kiwi centre is capable of.

A strong performance last weekend in the 47-0 humbling of Zebre saw the men from Munster leapfrog Ulster into fourth spot in the table, and with just four rounds to go, an interpro victory over fierce rivals Leinster on Saturday would send a huge reminder that the Munstermen mean business when it comes to this time of the year.

When two-time capped New Zealand centre Saili left his international prospects behind him to come to the Emerald Isle last summer, there was something strangely familiar about the signing.

Back in October 2006, a little-known Tongan centre called Lifeimi Mafi arrived at Thomond Park with his Super Rugby ambitions barred by the duo of Conrad Smith and Ma’a Nonu at the Hurricanes.

But he changed Munster’s fortunes, and 144 appearances, 13 tries, two Celtic League titles and a Heineken Cup triumph to follow in the years to come, is now known fondly as ‘Larry Murphy’ to the Thomond faithful.

And while there is still a long way to go before Saili is afforded the same status by Munster fans, time is on the 25-year-old’s side and he is starting to hit his straps in the Pro12.

He has managed a whopping 950 minutes of league action in 12 appearances so far this term, missing just 10 minutes when he has been fit.

His back-to-back tries in February showed he has got to grips with the nature of Irish rugby but Saili admits he was expecting a battle during a period of transformation.

“I’ve been here now for over six months and it’s been going quite well for me in spite of the weather,” he said.

“I’m enjoying my time here so far although it’s been a little tough for the last few weeks. But it happens in rugby, you have to go through these stages and hopefully we will come out ahead.

“I came with an open mind. I knew there was a young and new group, that fellows like Paul O’Connell and others would be gone, a team that was rebuilding while making its mark.

“I’m one of those guys; I like to challenge my team-mates, I like us to challenge each other, because that’s how you get the best out of your team-mates.

“The ultimate goal, for me and the team, is to win silverware and bring back silverware to where it belongs. We’ve got a good group of boys to do that.”

Mafi started a transformation of Munster’s backline when he arrived in 2006, with the likes of Rua Tipoki and All Blacks great Doug Howlett arriving soon after.

Another Kiwi in Bundee Aki has proven himself to be one of the signings of the season for Connacht, while Ulster fans will be licking their lips at Charles Piutau’s form for Wasps in England ahead of his summer move.

And while Munster fans will hope to see more All Blacks in their colours as a result of Saili’s success, for now it will be more than enough if he can deliver the goods at the Aviva Stadium on Saturday.