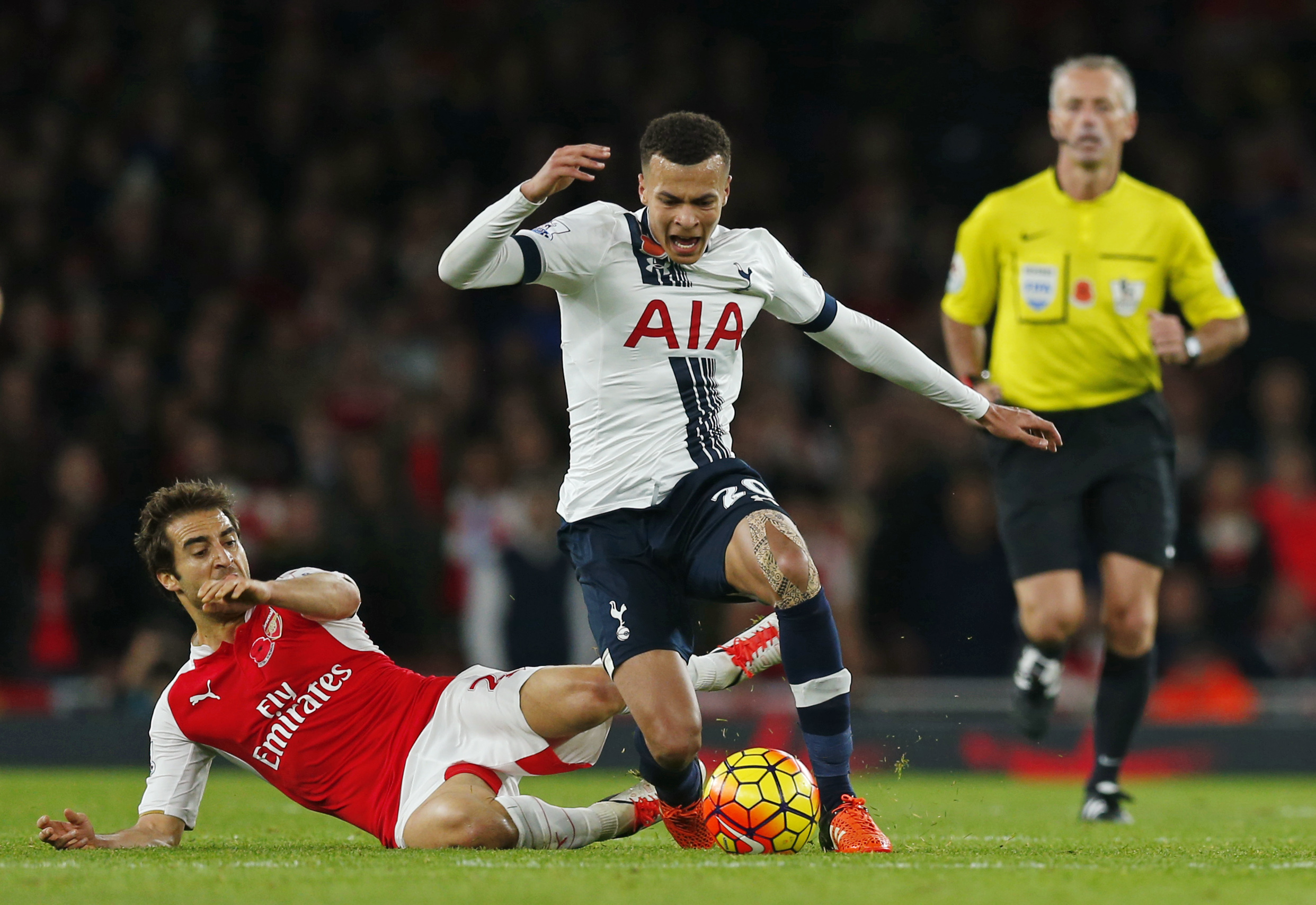 Dele Alli has made the jump from the third tier to the Premier League look like child’s play this season, prompting excitement that he could be England’s long-term answer in central midfield.

The Tottenham midfielder’s latest star turn came in the always highly-charged north London derby against Arsenal at the weekend, which ended 1-1.

Alli showed maturity beyond his 19 years in the engine room to control a match that Spurs probably should have won – Keiran Gibbs’ 77th-minute strike snatching a point for the Gunners.

And the former MK Dons man admits his first experience of a clash against his team’s fiercest rivals at the Emirates Stadium was everything he hoped, even if the result could have been better.

“It’s everything it’s made out to be, a great game in a great atmosphere,” explained Alli, who moved to White Hart Lane from MK Dons for an initial £5m last winter.

“We dominated the majority of the game, kept the ball in their third of the pitch, we just needed the second goal to kill the game off but it didn’t come and unfortunately they scored.

It was a great opportunity to come and win so when you play as well as we did, you are bound to be disappointed not to come away with all three points.”

The Arsenal game was Spurs’ third match in six days after victories over Aston Villa and Anderlecht last Monday and Thursday respectively.

Following the upcoming international break, Alli and co. will face another derby against in-form West Ham.

And the teenager acknowledges the gruelling schedule over the past week has been far from simple.

“I can’t say it’s been easy, to be honest,” added Alli. “Everyone has been doing the right things off the pitch, recovering well and trying to stay fit.

“That was because we knew it was going to be tough with this game at the end of all of them. We just have to focus on the next game now.

“The lads are in really good form, everyone is playing well and we’re all helping each other out, which I think is really important.

“We have to keep that feeling, maintain the team spirit and that will keep our confidence high.”