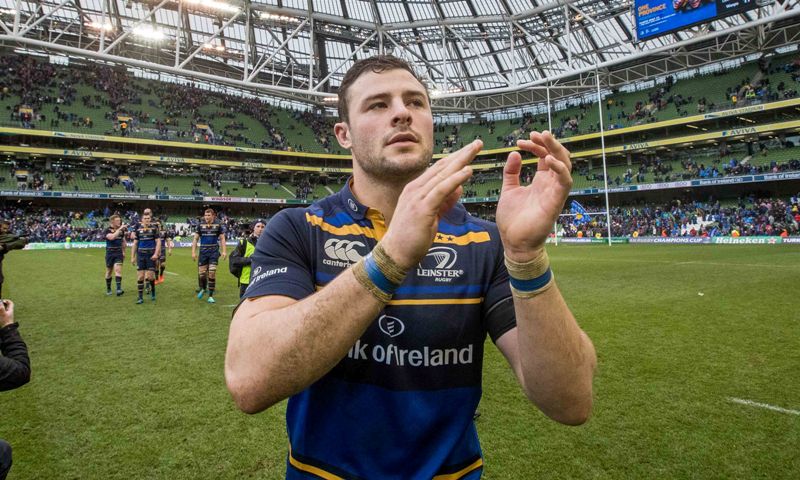 Leinster take on the last remaining French outfit ASM Clermont Auvergne in the European Champions Cup this weekend when they head to the Matmut Stadium in Lyon.

The quest for an amazing fourth European title continues but the French side are likely to provide Leinster with their toughest test yet.

The Leinster squad have already secured a home semi-final in the Guinness PRO12 and reaching a European final would be another tick in an already successful season.

And with the incredible news that five Leinster players were selected for the British & Irish Lions tour to New Zealand this summer, we take a look at three of those, where they came from and what threats they’ll provide in this weekend’s semi-final.

Huge honour being named in @lionsofficial squad. Thanks for all the kind messages. Plenty of work to do before then. Exciting times ahead!

The 6ft 3 centre has 29 caps for Ireland having made his debut back in 2013 against the USA at full-back and scored a try in the famous win over New Zealand in Chicago last year.

His Lions call-up was richly deserved after another sterling campaign and he is a man with far more top-level rugby experience than you might expect from a 23-year-old.

All three of his tries for the club have come in European competitions this term, so he is sure to be a man with a target on his back against Clermont.

At just 24 years old Furlong has done incredibly well to be selected by the Lions after started just nine times at international level for Ireland.

Having learned his game at New Ross RFC, Furlong was a key part of the Leinster youth system and made his debut for the senior side in 2013.

A powerhouse prop whose scrummagging has improved immensely over the last 18 months, to add another element to his always-destructive ball-carrying, he only earned his maiden Ireland cap in the summer of 2015.

His first-ever Champions Cup appearance came as recently as last January so he’d love to take another opportunity to show Europe what he is all about down in Lyon.

Thankyou to everyone for all the kind messages, genuinely humbled.

Another Leinster academy product, McGrath’s development into a PRO12 champion in 2013 and 2014 is a real credit to the systems in place for young talent at the club.

He has over 100 appearances for the club and is fast approaching a half-century of caps for Ireland following his 2013 debut against Samoa at Lansdowne Road.

He has become a staple for club and country over the past few years, and the propping tandem he forms with Furlong bodes well for club, country and now the Lions.

The 27-year-old will be desperate to ensure that Leinster have parity as a minimum in the set-piece when they travel to Clermont and can also have a major impact in the loose.