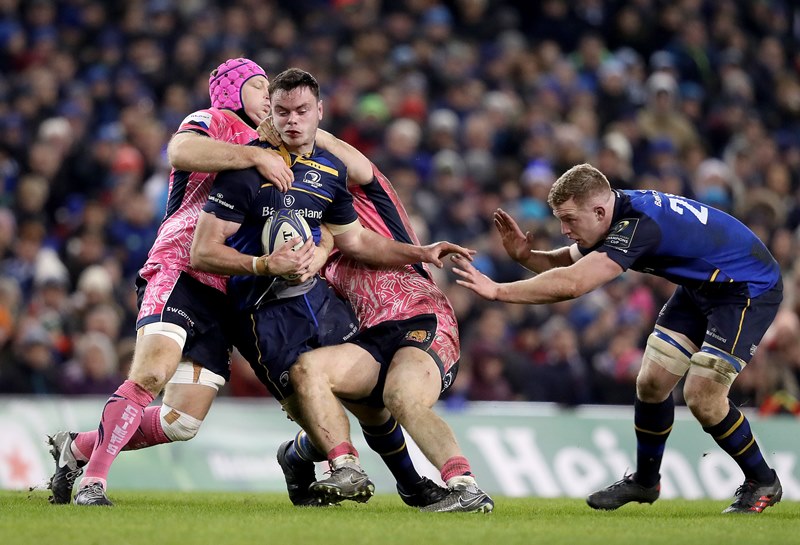 How can Leinster win the Champions Cup?

After a flurry of Guinness Pro14 fixtures over the festive season the European Champions Cup returns this weekend with an excellent fixture at the RDS Arena – Leinster v Glasgow.

The Christmas period has treated the men from Dublin well, with three wins from three in domestic affairs including the eye-catching 34-24 triumph over Munster at Thomond Park.

After an excellent start to both their league and European campaigns Leinster are now the favourites with the bookies to win the Champions Cup – we take a look at three reasons why.

Leinster seem to be a different beast to last year’s incarnation, much improved from a side that made it to the semi-finals of the Champions Cup and Guinness Pro12 last season – an ominous thought for their opponents in 2018.

The Dublin-based province are currently second in their Pro14 conference having lost only two games so far this season, and are as yet unbeaten in Europe with a perfect four wins from four.

Playing at home, Leinster are strong favourites to beat Glasgow this Sunday which means they’re also likely to top Pool Three and secure a home quarter-final.

If the worst happens though and Leinster end up with an away tie in the quarters or semis, the Pro14 win at Thomond Park and 18-8 Champions Cup victory over English champions Exeter Chiefs prove that travelling is not an issue. 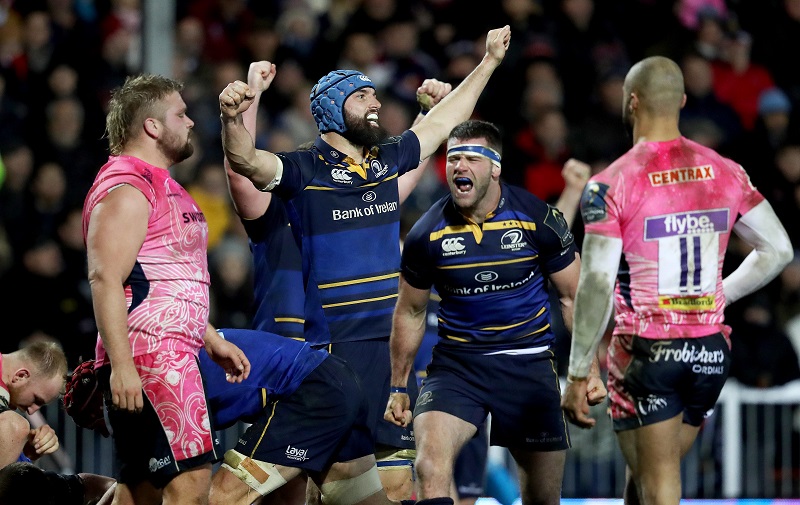 The Leinstermen have always produced a wealth of talented youngsters who go on to become first team regulars but this season the squad depth seems to be even greater, with a huge number of prodigiously-talented players unable to make the first XV.

In previous years if the first-choice player went down there seemed to be a big drop off in standard to his replacement but that is no longer the case with the province bursting at the seams with quality.

If Tadhg Furlong goes down Andrew Porter comes in, if Jamie Heaslip is injured then Jack Conan stands up and if Johnny Sexton is unavailable either Ross Byrne or Joey Carbery are more-than-able deputies.

Leinster’s squad depth has been displayed perfectly over the Christmas period with young full-back Jordan Larmour turning in some mesmeric performances and scoring one of the tries of the season against Munster – but seemingly second choice behind the experienced Rob Kearney.

With talent like Sexton, Carbery, Robbie Henshaw and James Lowe, Leinster’s back division is always going to offer a threat against any opposition.

But a huge area of improvement this season has been the sheer power of Leo Cullen’s pack, which bullied Glasgow Warriors into submission in the reverse fixture at Scotstoun in October.

Powered on by the likes of Cian Healy, Furlong and Sean O’Brien, Leinster’s pack has strangled almost every opponent this season, dominating possession and driving through the heart of teams seemingly at will.

Dave Rennie’s Warriors will have to summon something very special on Sunday if they’re to get anything out of the match.