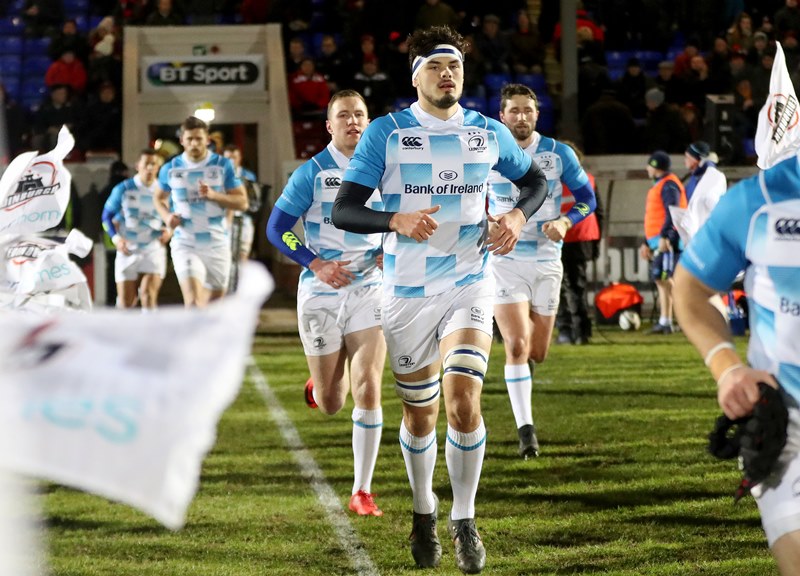 Leinster grapple with arguably their biggest game of the season so far this weekend when they lock horns with fellow high-flyers Scarlets at the RDS Arena.

An intriguing clash that could go a long way to deciding who clinches top spot in Conference B of the Guinness Pro14.

On Saturday, Leo Cullen’s troops come face-to-face with the team second in the table and currently level on points, so we’ve picked out three key match-ups ahead of this fascinating showdown.

While his former Ireland Under-20s compatriots James Ryan, Jacob Stockdale and Andrew Porter might all be away with Joe Schmidt’s Six Nations squad, Max Deegan is back holding the fort.

The 21-year-old is aiming to make the most of his opportunity while Leinster’s Ireland internationals are on duty.

He has scored tries in three of the four games where he has completed the full 80 minutes so far this season, including last weekend’s last-gasp defeat at Edinburgh.

Deegan is likely to come up against Will Boyde, who started a No.8 as the Scarlets went down 22-12 at Benetton last time out.

The 22-year-old usually operates at openside flanker, where he provides competition for James Davies.

Sharing a dressing room with the likes of Johnny Sexton and Joey Carbery, Ross Byrne has some fearsome competition for Leinster’s fly-half berth.

The 22-year-old has been the Dubliners’ main man at No.10 in recent weeks however and is likely to be the man tasked with keeping the scoreboard ticking over against the Scarlets.

Byrne kicked two conversions against Edinburgh and against Montpellier the previous weekend, he went over for a try as Cullen’s men progressed into the quarter-finals of the European Rugby Champions Cup.

He’s set to come up against the Scarlets’ Dan Jones, the Scarlets’ regular fly-half, although he won’t be able to share kicking duties with Rhys Patchell, who is on Six Nations duty with Wales.

The 25-year-old took his tally for the season to eight with scores either side of half-time and had has been in fine form this season, racking up a hat-trick against the Toyota Cheetahs last September.

Daly will provide one of Leinster’s main attacking outlets – in opposition, the Scarlets could line up with Tom Prydie on the wing.

Capped five times by Wales but having not caught the eye of Warren Gatland for the Six Nations, Prydie had scored two tries in two games before the Scarlets loss to Benetton.