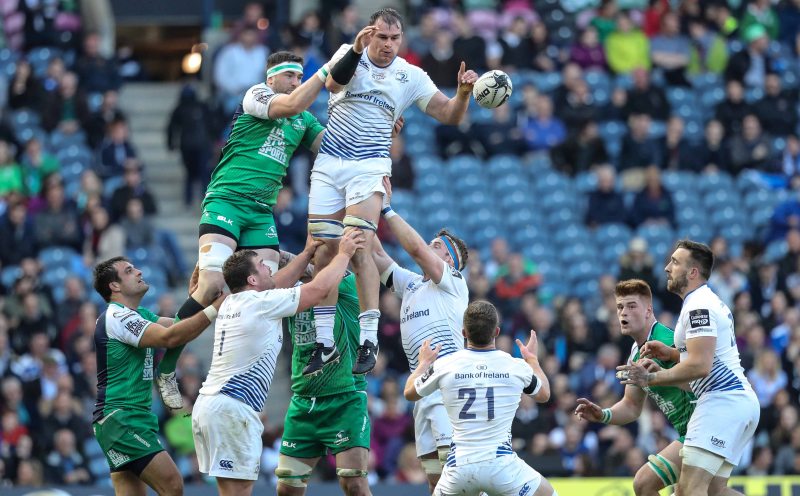 The prospect of any inter-provincial Irish derby always gets the blood pumping but this weekend’s clash between Leinster and Connacht at the RDS Arena promises to be even more high-intensity than usual.

Leinster are flying in the PRO12 this year, having racked up five wins from their opening six games, but Connacht have suffered a tricky beginning to their title defence – triumphing in just two of their first fixtures.

Come Saturday, the Boys in Blue will be looking for revenge as they look to put the memory of a 20-10 defeat to their western neighbours in May’s PRO12 final behind them.

Connacht were brilliant that day in Edinburgh and off the back of two memorable European wins over Toulouse and Zebre, confidence will be flowing for Pat Lam’s troops.

And we’ve picked out three key match-ups which could decide Saturday’s showdown.

If selected, Robbie Henshaw will make his highly-anticipated first appearance against his former club since leaving the Sportsground for Leinster over the summer.

The 23-year-old has taken little time to settle at the RDS due to injury, but is starting to form a mouth-watering centre partnership with Garry Ringrose that could theoretically set both Leinster and Ireland up for the next decade.

Athlone-born Henshaw still has a lot of affection for the side he began his professional career with and it wasn’t too long ago that he was part of a devastating midfield duo alongside Bundee Aki.

Now the two will square off with Aki – who was named as PRO12 Players’ Player of the Season last year – set to bring his trademark physicality and work-rate to bear against his former team-mate.

The New Zealander, who qualifies for Ireland in November 2017, signed a contract extension with Connacht until the summer of 2020 this week, so this fascinating match-up looks set to be on display for the next few years.

Flying wingers Isa Nacewa and Niyi Adeolokun both have the ability to turn a game on its head in an instant, meaning that stopping the other will be as important as conjuring a moment of magic themselves on Saturday.

Last time these sides met, Adeolokun – who has since signed a contract to remain with Connacht until 2019 – crossed the whitewash for his side’s second try in that PRO12 final victory at BT Murrayfield.

The Nigerian-born speedster moved to Ireland as a ten-year-old, while Nacewa had already established himself as a top player in his native New Zealand before joining Leinster back in 2008.

The versatile 34-year-old once again proved his importance to Leinster over the weekend as he took kicking duties from Jonathan Sexton and also notched a 79th-minute try, which he crucially converted – scoring all 16 points to rescue a losing bonus point in a 22-16 European defeat to Montpellier.

You’d be hard-pushed to find many back-rowers with more experience than Jamie Heaslip and John Muldoon.

The two No.8s are set to do battle once again, as they have been for the last decade, but show no signs of slowing down.

Both of the old warhorses provide vital leadership on the field, in addition to their physical skills, and whoever wins this one-on-one match-up could well decide the game.

As he edges inexorably towards his 300th appearance for Connacht, Muldoon is as reliable a pair of hands defensively as you’ll see in the back-row and always a threat as a ball-carrier.

Meanwhile, Heaslip may have thrown the pass that Nemani Nadolo intercepted for a Montpellier try at the weekend but the Leinsterman’s mental resilience has never been in question and you wouldn’t bet against him responding with a big performance in the derby this Saturday.