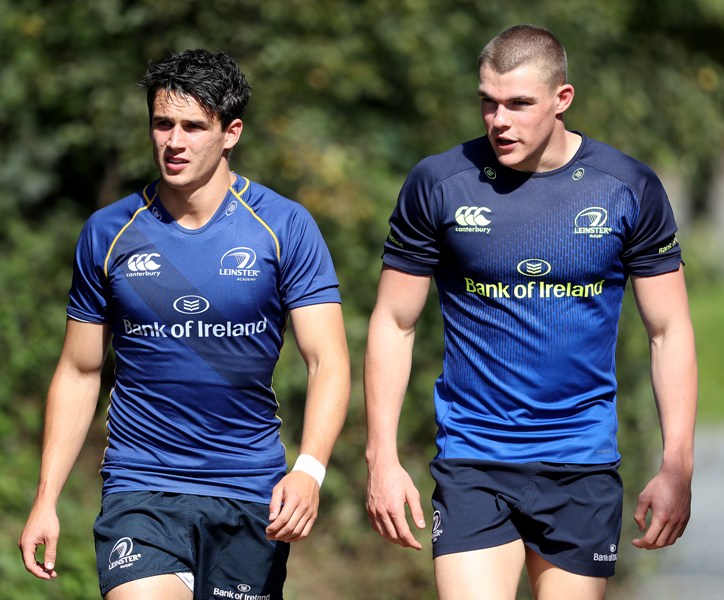 Leinster stars looking to head into summer on a high

As Guinness PRO12 league leaders for the vast majority of the season, it was only right that Leinster saw five of their stars named in the British & Irish Lions squad.

With just a single game to go in the regular season, Leinster travel to Ulster this weekend, and time is running out for our amazing quintet to earn a starting Lions jersey.

And Ulster, like Glasgow Warriors this weekend, will provide another stern test for the Leinstermen this week as they look to secure their own top-four finish.

The stage is set for another strong Leinster performance and here are three players, unlucky to miss out on Lions selection, who are almost certain to be on Warren Gatland’s reserve list.

With Rob Kearney and Jamie Heaslip still struggling with injuries, the time is now for more of Leinster’s stunning young talents to make their mark.

A strong performance this weekend, and in the semi-finals, could go a long way to move their names up that list should injuries hit the Lions squad between now and the first Test in June.

Extremely unlucky not to have made the Lions squad initially, Ringrose has been in outstanding form for Leinster and Ireland throughout this season.

Still inexperienced at international level, Ringrose looked immediately at home during the RBS 6 Nations where he started every game and scored a try against Italy.

In a Leinster shirt, he’s scored scored three tries in both the Guinness PRO12 and the European Champions Cup including in the recent quarter-final loss to Clermont Auvergne.

A strong finish to the season and Ringrose will surely be among the first outside centres to receive the call from Gatland should anything happen to his current squad.

It was a big shock when Joe Launchbury missed out on a Lions call and with Devin Toner also set to have his feet up this summer, the strength in depth in the second row is clear to see.

The experienced Ireland lock is fast approaching 50 caps for his country but has yet to experience the joys of a full Lions tour.

Toner was a key part of Leinster’s European campaign once again this season and has the chance to remind Gatland of his immense talents against Ulster.

The 21-year-old Carbery has already earned three Ireland caps and would be a real wildcard selection should he be required by Gatland this summer.

Having said that, his form is very good. He’s scored eight tries in just 14 games so far this season and has proven himself equally adept at fly-half or full-back.

More recently, including against Clermont, he’s found himself starting with the 15 jersey but proved against the Warriors this weekend his nerveless kicking is a major attribute.

He’d learn plenty even as a late Lions call-up and it is extremely exciting to see how good Carbery can become in the coming months and years.