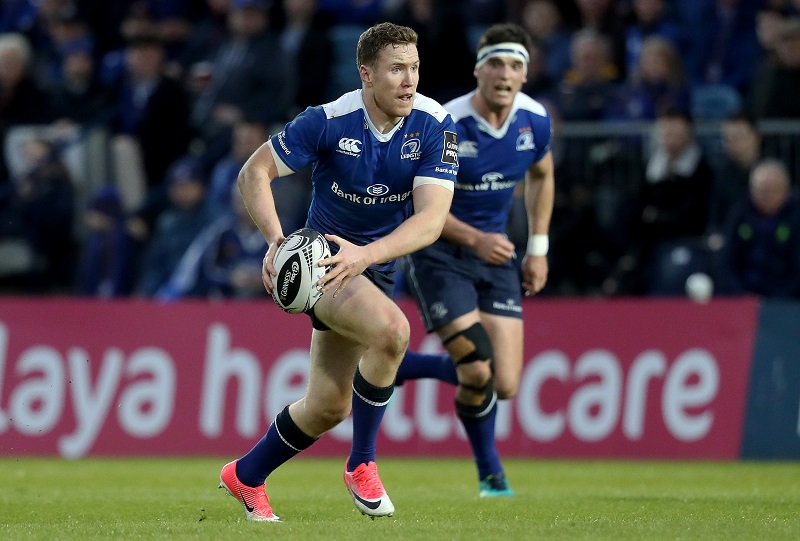 Which Leinster starlets could start next season?

With the Guinness PRO12 season coming around fast, Leinster will be looking to avenge their semi final defeat to Scarlets last time out.

And Leo Cullen has welcomed eight players in total from the academy to the senior ranks ahead of the new season, which starts in September.

And with the four-time PRO12 winners currently without crucial players at the start of the campaign, we take a look at three youngsters who could be crucial in Leinster winning the title once again.

Following the news Garry Ringrose and Robbie Henshaw will miss the start of the season, Cullen could turn to Tom Daly to fill the void in the centre of the park.

The 23-year-old Carlow native made his debut in November last year and went on to make eight further senior appearances during his maiden season with the first team.

The highly physical Leinsterman is the perfect fit for the modern day centre and having worked hard through the academy ranks in order rub shoulders with the best Leinster has to offer.

It was a fine season for Rory O’Loughlin who made his senior debut in September and rounded off the campaign by winning his first Ireland cap during their summer tour of Japan.

The Leinsterman is equally as adept at centre or on the wing and was one of eight uncapped rookies on Ireland’s tour.

And the 23-year-old’s versatility could be crucial to helping fill in at centre for Leinster after bagging 10 tries for Leo Cullen’s men last season.

It has been a rapid rise for the youngster and after a brilliant first season, O’Loughlin could be tested to the max in a number of positions this time around.

Deegan has already made three appearances for the three-time European champions and was rewarded with senior professional contract this summer by Cullen.

The back rower had a sensational World Rugby U20 Championship last summer where he picked up player of the tournament after scooping two man of the match awards.

The No.8 will have stiff competition in the form of experienced pro Jamie Heaslip and Dublin man Jack Conan.

But following a breakout year in 2016, the young powerhouse could be prepared to make the step up and be a consistent starter for the province.