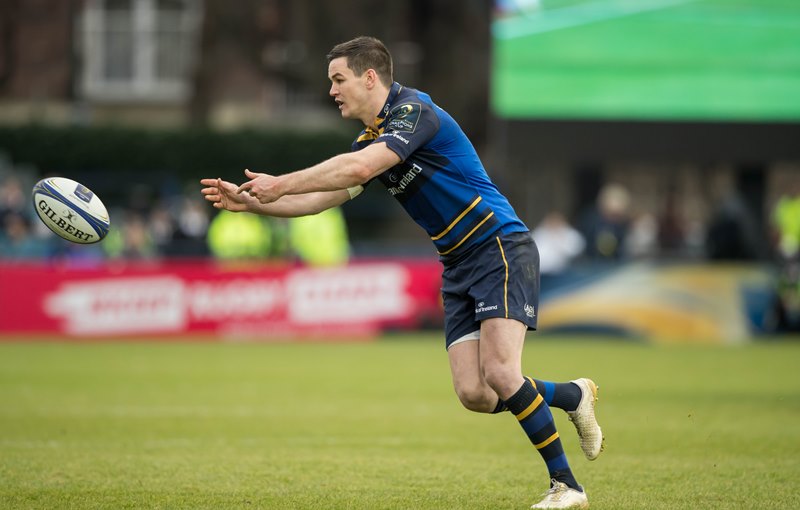 The confirmation of Leinster’s progression to the quarter-finals of the Champions Cup at the weekend marked another milestone in a magnificent season so far for Leo Cullen’s men.

Leinster are favourites for that competition and, currently placed second in Conference B of the Guinness Pro14, look perfectly poised for a push into the finals domestically.

A huge difference this season seems to be Leinster’s numerous options all over the park, an aspect that’s been highlighted at fly-half with Johnny Sexton, Ross Byrne and Joey Carbery all impressing so far.

Sexton has long been the incumbent No.10 for both Leinster and Ireland, but Byrne has been a revelation so far this year which asks the question – how long until he becomes first choice?

With Sexton spending time out of the team due to injury, 22-year-old Byrne has gained plenty of minutes this season, making 12 appearances in the Guinness PRO14 where he is now the league’s top points scorer.

At the start of the campaign Byrne was fighting it out with Cathal Marsh to be third-choice 10 but his rise has been meteoric, with the youngster displaying excellent game control that echoes Sexton’s style.

Standing at 6ft 3in, Byrne is a big man who isn’t afraid to mix it in defence, and his cross-field kicking has been crucial to Leinster’s efforts this year, with an astonishing six tries resulting from them.

Conversely, Sexton has only made four league appearances, but having started four of Leinster’s European pool matches it’s clear that he’s still very much first choice.

At 32 Sexton still has plenty left in the tank, and if he stays fit he doesn’t look likely to relinquish the shirt any time soon, but Byrne’s similarity in style and Leinster’s success with him in the team hints that he could well be the successor to Sexton’s throne.

Fortunately for Leinster and Ireland fans there is more than one talented youngster coming through the ranks at the Dublin-based province, with Joey Carbery also showing exceptional ability over the last few years.

The 22-year-old has long alternated between fly-half and full-back and so has been the case this season, with his minutes in a Leinster shirt largely coming at 15, but Joe Schmidt giving him a start at out-half in Ireland’s November win over Fiji.

Carbery plays a different game to Sexton and Byrne, with the youngster possessing of more pace and bucketloads of  outrageous footwork.

Leinster seem spoilt for choice at full-back at present, with Rob Kearney’s return to fitness and Jordan Larmour’s scintillating form added to the experienced option of Ica Nacewa.

Now that all three are available it will be interesting to see where Carbery, when fit, gets his game time, and we could see a battle between him and Bryne at 10 for many years to come.