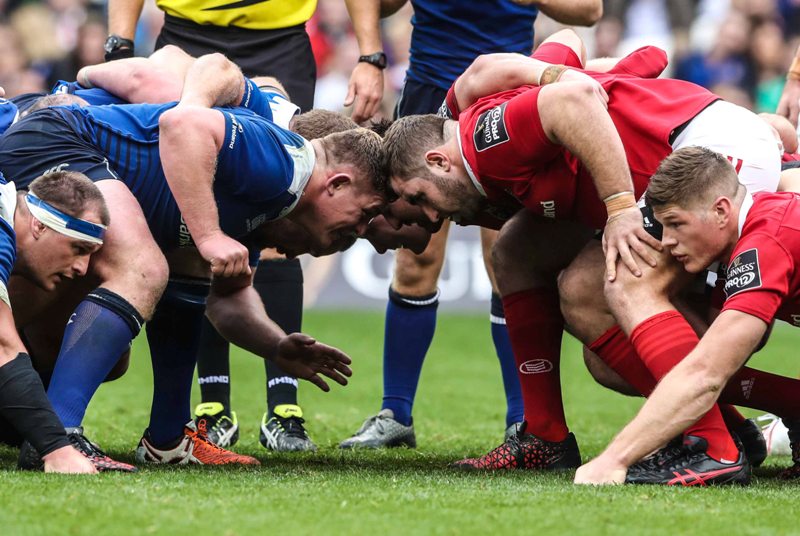 With Munster and Leinster facing off in the St Stephen’s Day clash, there’s no shortage of young local talent preparing to set Thomond Park alight.

The two provinces are well known for their academies and regularly produce world class rugby players able to go on and represent Ireland and the British & Irish Lions.

And this season is no different with a host of former academy stars looking at home in the PRO12 as Leinster and Munster once again battle it out at the top of the table.

Here are four players who have caught our eye over the opening ten rounds of domestic action as well as in the European Champions Cup.

The second row has been a lifelong supporter of Leinster and admitted in a recent Lifestyle Sports interview how much it meant to be playing in Leo Cullen’s side.

“It means absolutely everything to me to play for Leinster, it’s my boyhood club,” he said.

“You can’t take those opportunities for granted so you have to make the most of them, when they come around.”

Molony has made eight appearances for Leinster this season, scoring his first senior try against Newport Gwent Dragons earlier this month.

Leavy has already made more appearances this year than he did the entire of last season as the 22-year-old continues to make huge strides with the Leinster pack.

The flanker dotted down twice in Leinster’s five-try victory over Edinburgh back in September and made his international bow against Canada in November.

The strength of the Leinster pack, with Molony and Leavy at its heart, will be severely tested by Munster who overran Leicester Tigers in Europe at Thomond Park.

Such has been Scannell’s importance to the Munster squad this season it is easy to forget that he is just he has only turned 23, today (December 22).

The conversion of his own try against Ulster to snatch a 15-14 at Kingspan will live long in the memory for those who were there but he’s been consistent too.

He is the fourth highest scoring back in the PRO12 official fantasy rugby league, only regular kickers Ruan Pienaar, Tyler Bleyendaal and Isa Nacewa have out-scored him.

Many feel it is only a matter of time until Sweetnam is called up by Joe Schmidt and makes his full Ireland debut, such has been his form this season.

He’s been a regular started for Munster this year and has scored three tries as well as collecting enough PRO12 fantasy rugby points to see him named in the team of the first 10 rounds.

With both teams locked together with eight wins and two defeats from their opening ten league games, Thomond Park is set for a real festive treat.

THE LATEST RANGE OF LEINSTER AND MUNSTER RUGBY JERSEYS, TRAINING WEAR AND FAN-WEAR IS AVAILABLE TO PURCHASE IN STORE AND ONLINE. CLICK HERE TO SHOP NOW.