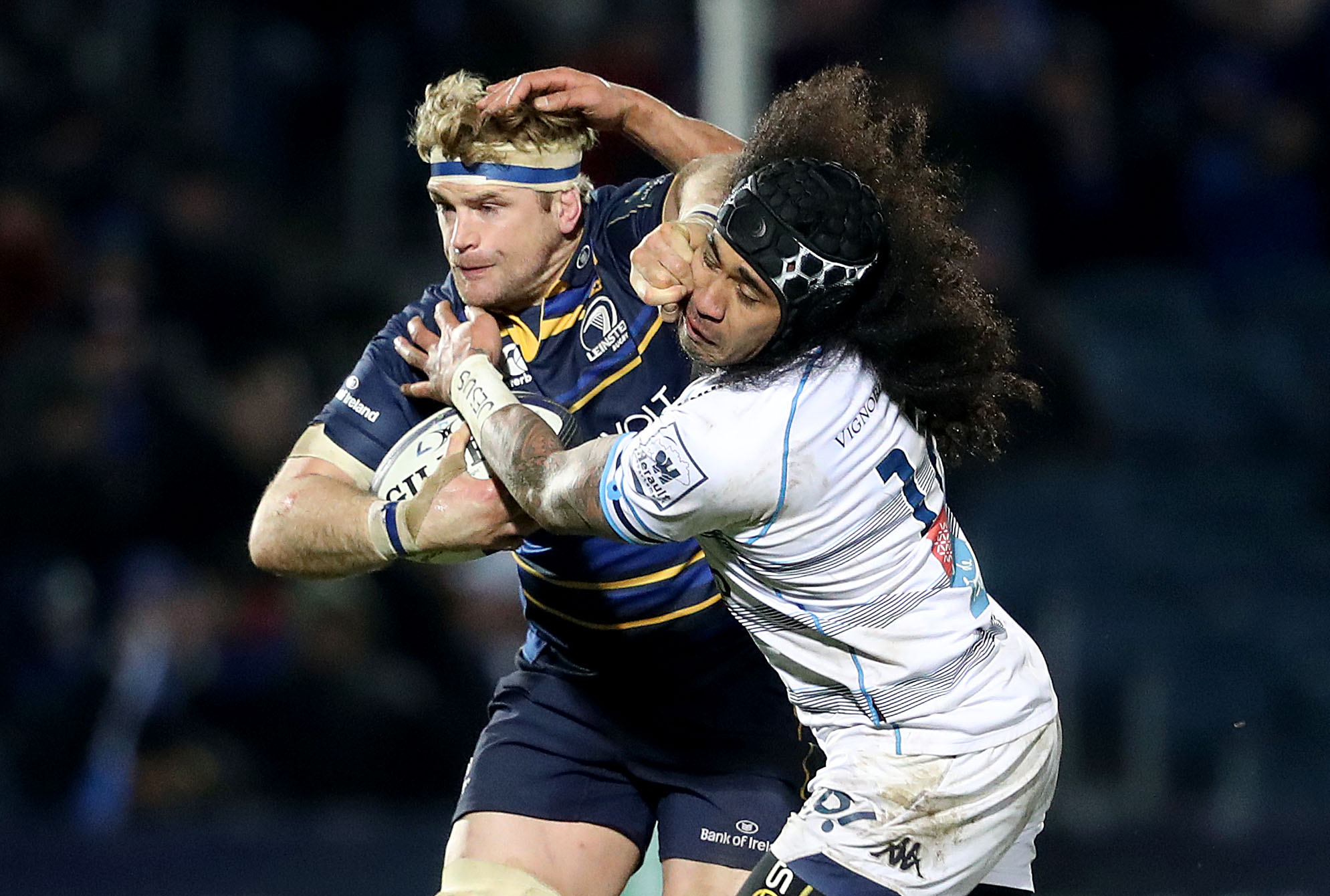 Who could Leinster face in the Champions Cup quarter-finals?

After five rounds of European Rugby Champions Cup action, one thing is eminently clear – Leinster are back and last season’s Pool stage flop was just a blip on the radar.

Leo Cullen’s side sit atop the tree of seeds heading into the final round of group action, their mammoth win over Montpellier at the RDS on Friday night ensuring the three-time champions are back in the quarter finals.

Frans Steyn’s red card may have handed Leinster the initiative, but Jonathan Sexton pulled the strings exceptionally and Jack Conan ran in a fine hat-trick in a 57-3 win that put right Leinster’s only European loss of the year – 22-6 to Jake White’s side at the Altrad Stadium in Round 2.

Win against Castres at the Stade Pierre Antoine on Friday night and they will be the first side to have wrapped up a home quarter final – but who are their potential opponents?

Francis Saili’s late try for Munster at Scotstoun knocked the stuffing out of Glasgow Warriors on Saturday as Rassie Erasmus’ side claimed their second win away to the 2015 Guinness PRO12 champions this season – by a combined total of three points.

But home and away wins over Racing 92, as well as a shellacking of Leicester Tigers at Scotstoun in October give some indication of how dangerous the Scottish side are.

Warriors have already beaten Leinster once this season 33-25 in Round 2 of the PRO12, thanks to four Tommy Seymour tries.

If the draw was made today, Warriors would be Leinster’s opponents, but the Scottish side could yet avoid the clash if they echo Munster by becoming just the second side in history to defeat Leicester Tigers at Welford Road in European competition.

Toulon pulled a rabbit out of the hat to claim a bonus point with the final play against Sale Sharks, Josua Tuisova claiming the winning score on his comeback game to edge Mike Ford’s team ahead of Glasgow into the seventh qualifying spot.

The French giants met Leinster twice in the group stages last season, winning both on their way to a quarter-final berth.

But the two teams have gone on divergent paths in this year’s tournament, with Leinster’s youngsters in blinding form – the likes of Conan, Ross Byrne, Adam Byrne and Garry Ringrose shredding defences at will – Toulon have looked a shadow of the side that won three consecutive elite European crowns.

If Toulon fail to beat Saracens at Allianz Park, they could see themselves slip down the rankings and right into Leinster’s firing line.

An imposing name to see in the draw, but not the force of old and a full-strength Leinster team would no doubt relish the chance to end their European hopes and gain a measure of revenge for last season’s double.

Though Pat Lam’s men are top of Pool 2, Wasps are a point behind with Zebre up next, while Connacht have to travel to Toulouse and claim at least a bonus point to go through.

That is far from a foregone conclusion, and if Wasps – as expected – claim five points against Zebre, they may well usurp Connacht as group leaders, bringing Pat Lam’s side right into Leinster’s crosshairs.

An interpro at the RDS in a Champions Cup quarter-final is a tantalising prospect, with the likes of Dave Heffernan and James Tracy, John Muldoon and Jamie Heaslip, Niyi Adeolokun and Isa Nacewa going toe to toe.

At home, Leinster would be favourites, but where Lam’s side are concerned, nothing is beyond the realms of possibility.

Castres’ European home record is superb, so Leinster will have to be at the top of their game to win that game and ensure a home quarter-final.

Lose, especially if they are denied a bonus point, and they face being pitted against the likes of Saracens and Munster, with life becoming much more difficult.

Outsiders Exeter Chiefs, Ulster and even Montpellier could also sneak into the knockout stages if lady luck is kind – the only thing certain at this point is that Leinster are through and playing with the swagger of old.