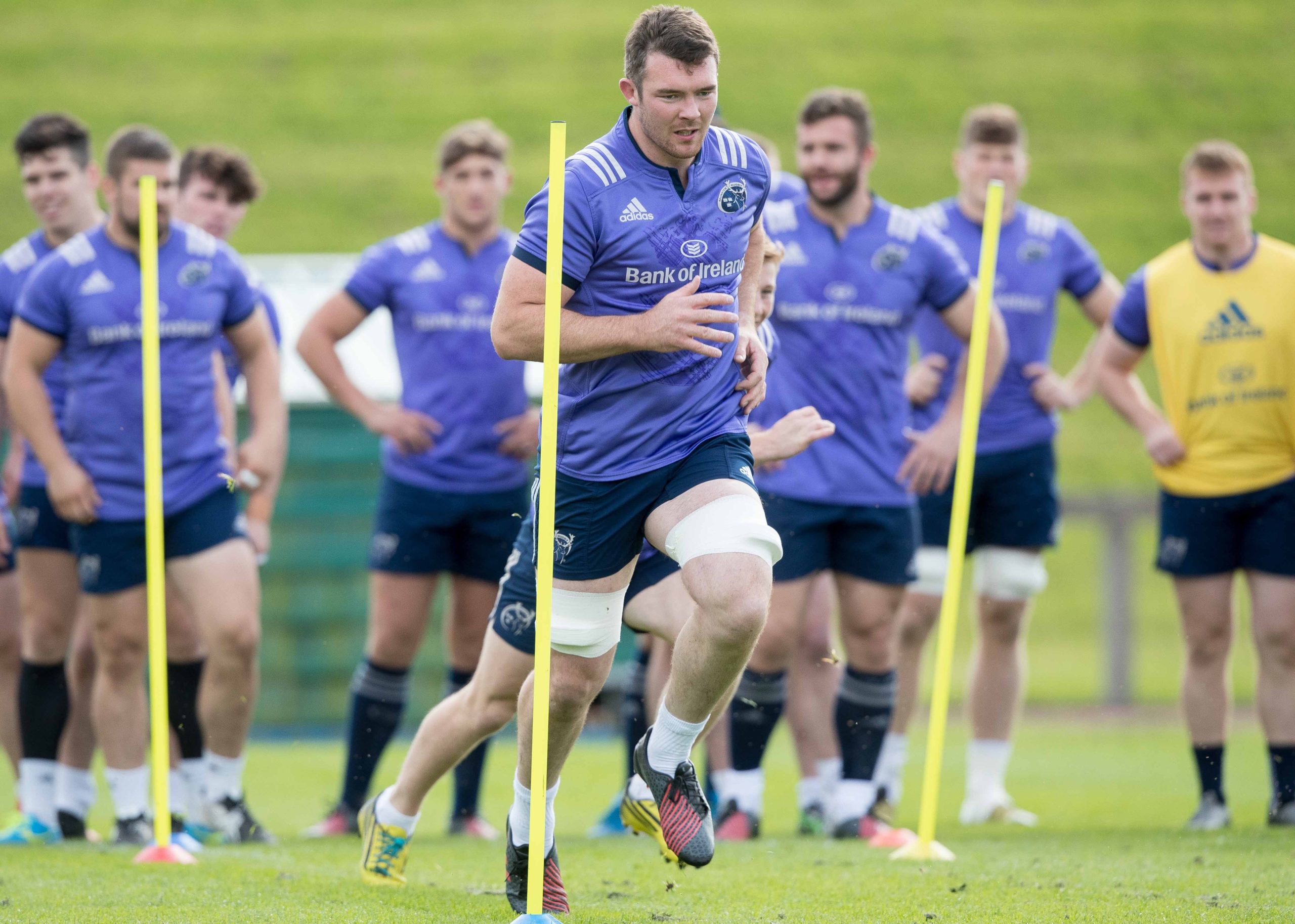 Leinster will be looking to end Cardiff Blues unbeaten start to the Guinness PRO12 season on Saturday and it may be an Englishman who has a major influence on the result.

The two teams, second and fourth in the Guinness PRO12 table, meet at BT Cardiff Arms Park on Saturday and the Leinstermen have a good recent record against their hosts – their last defeat coming in February 2011.

But it was former England head coach Stuart Lancaster who was receiving plaudits from Leinster’s Robbie Henshaw and Sean O’Brien this week at the launch of their new European jersey.

Lancaster famously led England during their disastrous home World Cup in 2015 but the Leinster pair praised the positive impact the 46-year-old has made since his arrival in early September.

“It was a big surprise on the Monday, we obviously didn’t know he was coming in,” said Henshaw.

“It’s great to have Stuart on board and he has made a massive difference already with our defensive shape and our attack as well – he’s working all round.

“He has come in and he’s shaken up our defence a bit. Not made many changes but he’s definitely brought more energy to us.

At Thomond Park the long wait to see the return of captain Peter O’Mahony could be over after director of rugby Rassie Erasmus said he would be fit for the visit of Zebre.

O’Mahony has been out since last year’s World Cup and will be a welcome boost to the Munster squad who have won three of their opening four games.

Munster have never been beaten by Zebre Rugby and Erasmus is hoping to welcome back a couple of big names for Saturday’s game.

“This is the third or fourth week we have been saying ‘maybe next week’ but today’s training was checking him (O’Mahony) out to make sure he is ready,” said Erasmus.

“He came through and there is a good chance of him playing on Saturday.

“Tommy O’Donnell will also be in the team and also Simon Zebo. Donnacha Ryan is back from illness so although we are losing a few, there are a few also coming back.”

LIFE STYLE SPORTS HAS THE LATEST MUNSTER AND LEINSTER RUGBY JERSEYS AND A WIDE RANGE OF TRAINING APPAREL AVAILABLE TO PURCHASE EXCLUSIVELY IN-STORE AND ONLINE. CLICK HERE TO SHOP NOW.

ENTER WWW.LIFESTYLESPORTS.COM/MUNSTERRISING TO NOMINATE YOUR CLUB OR SCHOOL TO BE REPRESENTED BY MUNSTER WHEN THEY TAKE ON THE MAORIS.