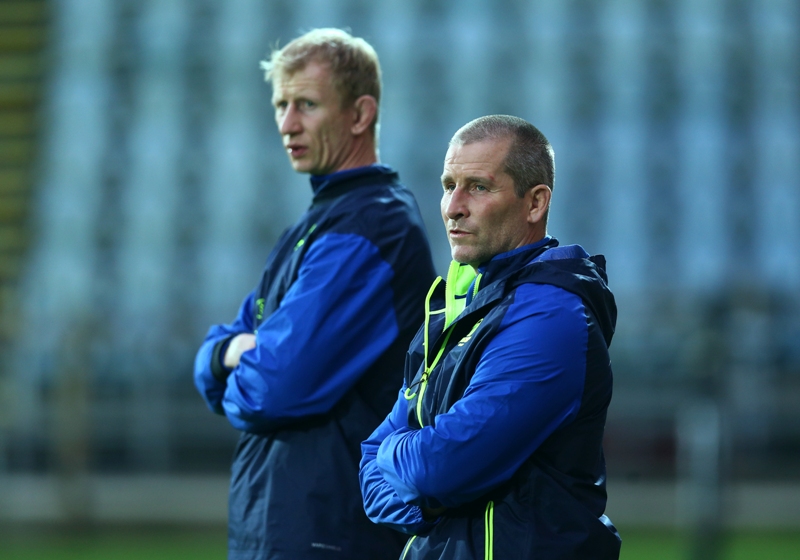 Stuart Lancaster and Andy Farrell spent years attempting to plot Ireland’s downfall in the RBS 6 Nations as coaches of England but now they’re both working in The Emerald Isle.

While Farrell is assisting Joe Schmidt, Lancaster has been cutting a slightly quieter figure at Leinster.

That’s not to diminish Lancaster’s achievements and impact at Leinster so far this season with the club top of the Guinness PRO12 and their European Champions Cup Pool.

It seems to have been a very shrewd piece of business by Leo Cullen to bring Lancaster in from the rugby wilderness following his England departure.

Plenty of rugby still to be played, but the #GUINNESSPRO12 table is looking good after eight rounds! ? pic.twitter.com/zZ7qBFUSDw

Ahead of Leinster’s return to PRO12 action this weekend against the Scarlets, this is where we feel his impact has been felt:

Lancaster’s job title is senior coach but he was primarily brought in to add a new lease of life to Leinster’s defense and fill the void left by former defence coach Kurt McQuilkin.

And Leinster have looked strong in defence, particularly in recent weeks against Connacht, Munster and Cardiff Blues where they only conceded a combined total of 40 points.

Perhaps though it is in Europe where Lancaster’s experience is most on show, last year Leinster conceded 158 points in their six games and finished bottom of Pool 5.

After two games this year they’ve seen 37 points scored against them and they sit second in a competitive pool.

As coach of the England national team between 2011 and 2015, Lancaster is no stranger to expectation, pressure and the necessity to win.

Former Leinsterman now TV pundit Luke Fitzgerald was confident the 47-year-old, who worked at Leeds Tykes prior to his RFU appointment, would be a major asset.

“I think the team’s in a much better place, especially with Stuart Lancaster being brought on board,” said the former British & Irish Lion.

“That situation will work out well for everyone; he’s got huge experience in dealing with a high-pressure environment.

“The England job is probably the biggest job in rugby – it’s either that or New Zealand – so he’s a pressure coach.

As well as being vastly experienced, Lancaster is a new set of eyes and ears at Leinster.

Unlike fellow coaches Leo Cullen and Girvan Dempsey, Lancaster has not played for Leinster and has little knowledge of the PRO12, a league scrum coach John Fogarty knows very well.

This will give him a unique prospective to freshen and improve his players.

It is a trait that Johnny Sexton was quick to pick out when speaking about the former England coach in a recent interview.

“He’s given us a fresh voice, fresh pair of eyes and seem some areas of our game that needed improving and that’s been a positive as well,” said the 31-year-old Sexton.