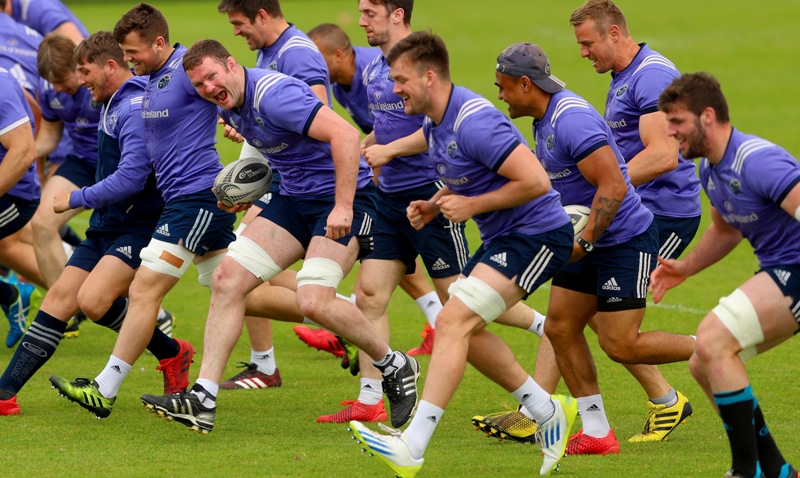 Who are the key men Munster need to shine in the PRO12 final?

It all comes down to this for Munster.

In yet another gruelling season of PRO12 action, the Red Army have won 19 of 22 regular season games on their way to topping the table for the first time since they won the title in the 2010-11.

But finishing first is no guarantee for success and Munster’s destiny rests solely on next Saturday’s showdown with Scarlets in the PRO12 final.

In order to triumph at the Aviva Stadium and rule the roost for the first time in six years, Rassie Erasmus’ side require their key men to shine when the chips are down.

In the wake of Munster’s superb 23-3 victory over Ospreys in last weekend’s semi-finals, Donnacha Ryan opted to shun the limelight.

The experienced lock is due to bring his 13-year association with the club to end this summer as he departs to join Racing 92 and the 33-year-old shied away from the opportunity to bid farewell to the Thomond Park faithful.

Ryan resisted his teammates’ attempts to parade him around following the final whistle while also refusing the opportunity to address the crowd.

Perhaps a more fitting parting gift to Munster’s fans would be another consummate performance against Scarlets from a man that has been there, done that and got the t-shirt during his club’s modern era.

A model professional and a key cog in the red machine, the Munstermen will be relying on Ryan to rise to the occasion once again.

The man for the big moments

Peter O’Mahony will be at the heart of Munster’s efforts to overcome the in-form Scarlets and ahead of the final, has warned that his team need to produce their very best on the day.

The 27-year-old’s lineout prowess will be key to the Red Army’s fortunes and his ability to make big plays at the breakdown could turn the game in his side’s favour.

Perhaps no moment better demonstrates the Munster skipper’s ability to shine in crucial set-piece moments than his stunning lineout steal in Ireland’s Six Nations victory over champions England in March.

How Munster would love to see O’Mahony sign off with another piece of magic before he departs for New Zealand with the British & Irish Lions next month.

Another man that will be donning the famous red of the Lions this summer, the 28-year-old scrum-half was named this season’s Irish Rugby Union Players Association Players’ Player of the Year.

Murray has defied the doctors to battle his way back from injury to play a key role in the PRO12 run-in and his organisational skills, and the manner in which he will lead by example, could be pivotal.