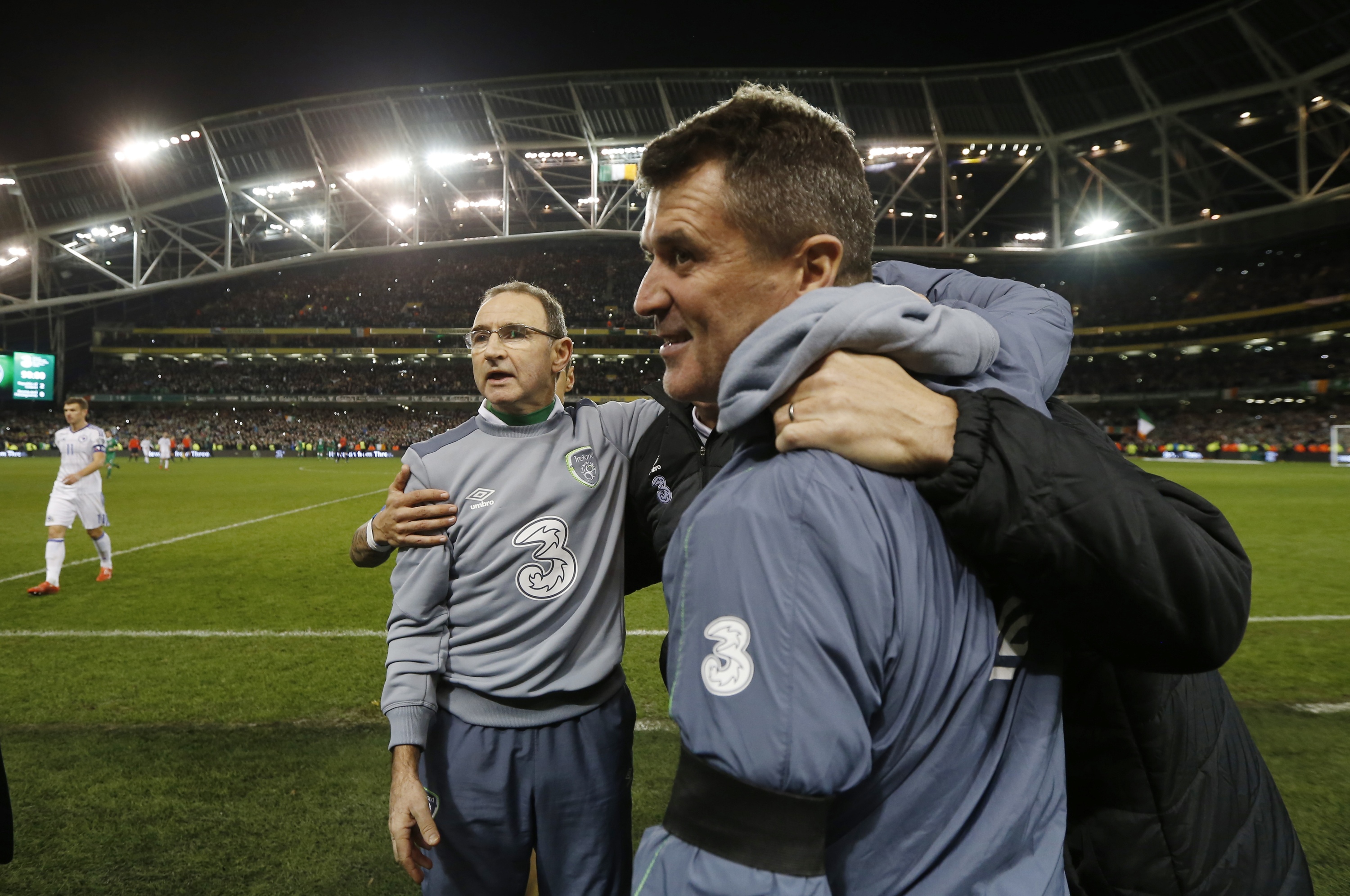 Keane & O’Neill: A match made in heaven

They did it. In front of a packed-out Aviva Stadium, a Jonathan Walters double dispatched Bosnia & Herzegovina to send the Republic of Ireland to Euro 2016 with a 3-1 aggregate play-off triumph.

While Stoke striker Walters took the plaudits on the night, sending a first-half penalty into the bottom left-hand corner before volleying home after the break, manager Martin O’Neill is the man who has steered the Boys in Green to the promised land.

The former Celtic boss was appointed in November 2013 and delivered immediate results in his first qualifying campaign, ensuring Ireland will take part in a European Championship for just the third time in their history.

O’Neill, however, was quick to deflect the praise onto Roy Keane, the legendary Ireland and Manchester United midfielder who has served as his assistant since the manager took the job.

“Bringing Roy Keane in is as good a decision as I’ve made in quite some time,” said O’Neill.

“He has been absolutely enormous for us. He’s not taking too many of the accolades, but he’s been fantastic for us, for myself, the backroom staff and the players.

The esteem I hold these players in it couldn’t be higher. I couldn’t be more proud – they have been absolutely fantastic right from the start.

“This is a special night. It is very, very special, it can’t be taken away from us. When I look back I’ll think this is a very, very proud moment.”

O’Neill’s side hosted Bosnia following a 1-1 draw in the first leg, after Edin Dzeko had cancelled out a Robbie Brady strike in a fog-filled stadium in Zenica.

They went ahead after 24 minutes when Ervin Zukanovic was adjudged to have handled a Daryl Murphy cross and Walters stepped up to send Asmir Begovic the wrong way.

And the tie was wrapped up 20 minutes from time when Brady’s dangerous free-kick fell to Walters at the back post, a side-footed volley sneaking inside the near post and prompting rapturous celebrations.

“It’s the type of thing you grow up dreaming about,” said Brady. “Everyone involved was excellent and we did everything we needed to and now we’re off to France.