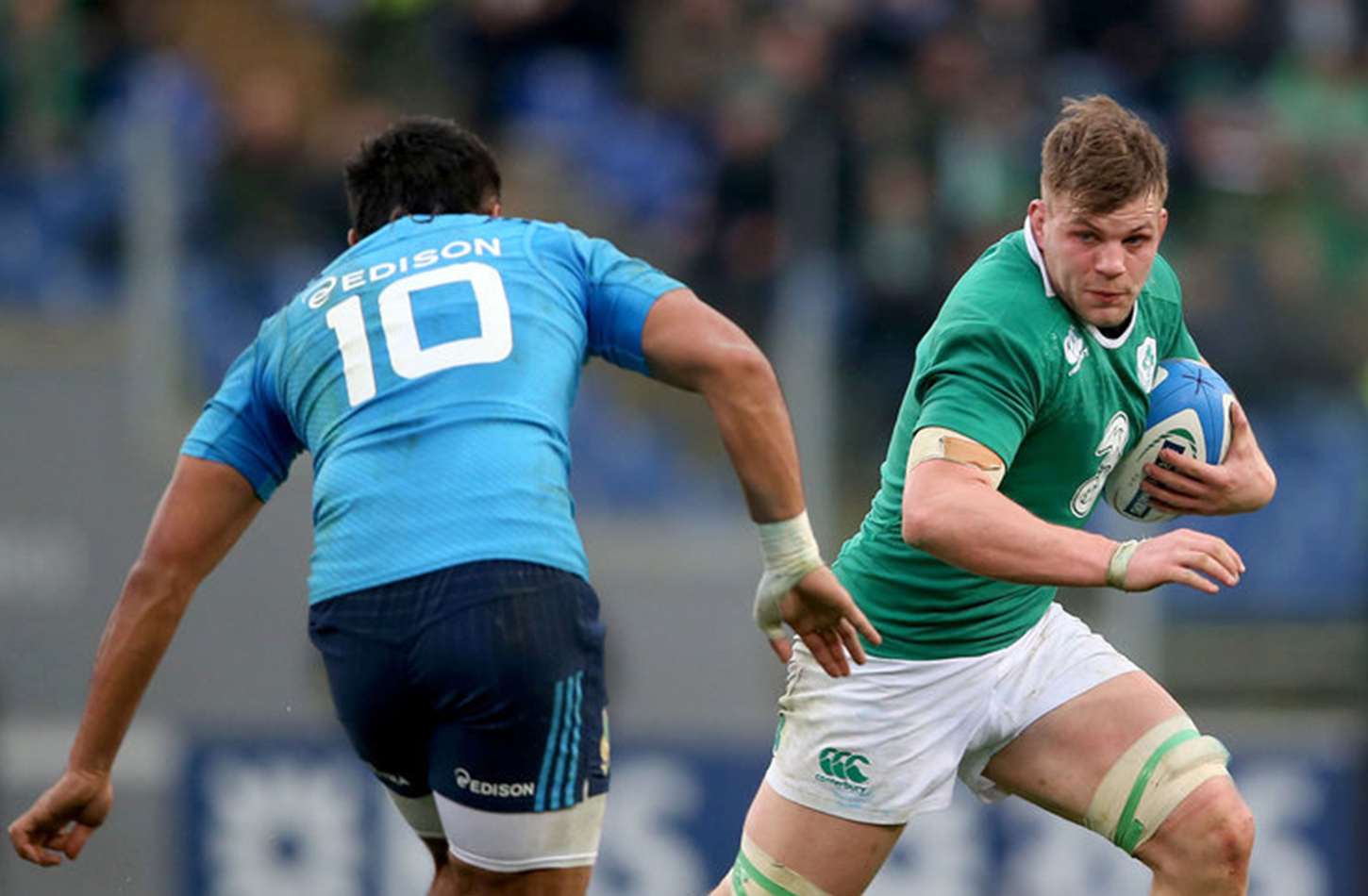 So, Jordi, how have you settled into the Irish Six Nations Camp?

Being a new player coming into the Ireland set-up can be intimidating – but that only lasts a couple of days before you feel like part of the furniture.

I was lucky enough to come in for the first time during last year’s Six Nations which we obviously won which helped, but it was still a scary time. You are kind of thrown in at the deep end and it all seems to happen so fast and there is a lot more pressure and the standard is so high, day in day out.

Are there still a few nerves or butter- flies when meeting up with the senior squad?

Yes but that nervous feeling only lasts a day or so and within the Ireland squad everyone is always keen to help you out and make you feel at home and it’s a very tight- knit squad, which really helps. For me personally, knowing Joe Schmidt really helped as I spent some time under him at Leinster.

When I joined up with the Ireland squad initially, obviously it was a higher standard but I already knew the coaching environment and philosophy from when Joe was at Leinster. But I am not taking it easy now and I am not thinking I have made it, far from it. I want to keep going from strength to strength and keep building and improving.

How do you get on with the more senior players?

Jamie Heaslip has always been great for me in that respect, having come through the ranks at Leinster he was always there to talk to and he is great at giving me advice. He has been there and done it and plays in my position to I always go to him and listen to what he has to say. But all the older guys in the Ireland squad are great from that point of view and we really are a collective, all aiming for the same goal.

Who are you rooming with and how are you getting on with each other?

So far I have been rooming with Marty Moore but I have been in with Robbie Henshaw in the past and the coaches do like to mix it up now and again. I won’t say who the best out of those are but the good thing is that none of them snore so as long as that box is ticked I don’t mind who I am sharing with.

With the England match looming, how’s the spirit within the camp?

A winning camp is obviously a happy camp and there is a great buzz and feeling around the squad at the minute and we want to keep it that way and everyone has been brought together and pulling in the same direction.

Everyone is really looking forward to the England game, it is a bit of a fan favourite and both sides are in good form so it should make for an attritional but exciting game. That is just a week away though so it is important that we rest up before going hard again in training this week.

Time off is precious for the modern day rugby player, how do you like to unwind?

When I am looking to relax I don’t do anything exciting, usually just watch a bit of TV or take my dog Kobe for a walk. I just like to switch off and get away from it for a bit really, recharge my batteries ready to go at it again for another tough week.

This weekend just passed, I went to the Leinster game against Zebre to cheer the boys on, and then it was feet up and chill time to make sure I’m ready for England.