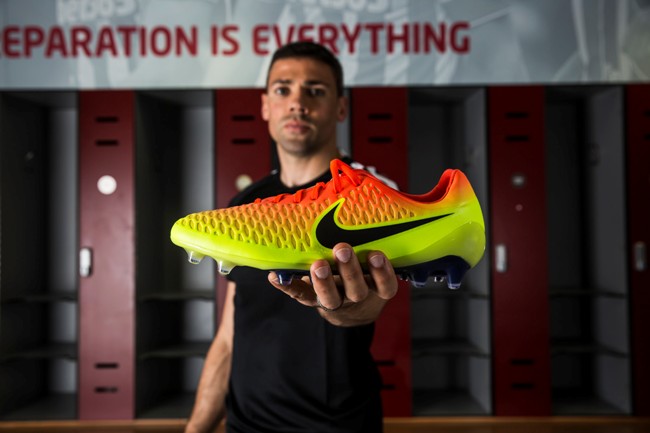 Hundreds of the world’s finest footballers headed to France this year looking to set the European Championships alight, but with the brand new Nike Magista boots on his feet, Ireland hitman Jonathan Walters was confident he could be the player to do just that.

When Ireland lined up against Sweden, Belgium and Italy in Group E, the Stoke City man sported what he believed were the ideal tools to tackle the hard and fast pitches of France.

Nike Magista are made for unstoppable playmaking, combining a revolutionary texture with a lockdown fit and a 360° rotational traction pattern.

The ultimate fit is achieved with a one-piece, tongueless Flyknit upper that offers areas of high breathability, stretch and support that locks your foot into place.

Walters had the ball glued to his feet thanks to the NikeSkin technology on the outside of the boot – an all over 3D texture that creates consistent touch by creating friction with the ball wherever it makes contact.

But for the 32-year-old, it is the feel of the Magista boots on his feet that really sets them apart, and the cleat pattern promotes agility and quick turns anywhere on the pitch.

“I’ve been wearing the Nike Magista boots for a few years now and it’s the comfort of them that I like the most,” said Walters.

“A few boots nowadays are very light and if you get stood on the top of your foot then it can be very painful because they are so thin.

“But these are very comfortable and a big thing for me was the heel at the back of the boot. 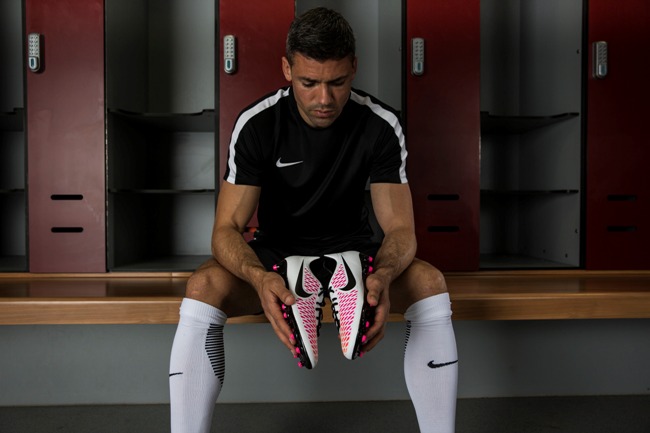 “I’ve had plenty of boots down the years that have caused me problems there but as soon as you put these boots on, you know they’re very comfortable and sturdy at the back.

“You can put the Nike Magista boots straight on for a game and there is no problem. You don’t need to worry about getting blisters and the sole plates are really good on the hard pitches as the moulds are perfect.”

Nike’s latest offering to the Magista family comes in both a striking total crimson and bright citrus combination, and an equally captivating white and pink blast blend.

And Walters is already looking forward to teaming up his new pair with the deep green of the Ireland jersey.

He said: “With the boots nowadays, especially the Nike Magistas, the colours will change every three to four months.

“The lads look forward to the different colours. I’ve got a nice pair of white boots at the moment, which are probably my favourite.

“There aren’t many of the old-school black boots out any more and that’s the way things are going. People look forward to the changing colour and the changing boots.” 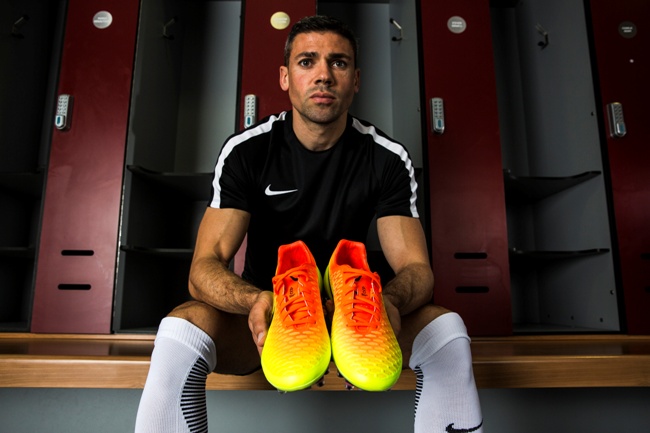 While the pros may change their boots every few weeks to keep up with the latest the manufacturer has to offer, Walters insists with the durability of Nike’s boots, he would be happy to hang onto his for far longer.

“I’ve had various boots down the years, but the Nike Magista are by far the most superior,” he added.

“I find with Nike, especially the Magista boots, that they stay exactly like they are for weeks and months which is perfect for me.”

LIFE STYLE SPORTS HAS THE LATEST LEAGUE AND INTERNATIONAL TEAM JERSEYS AND A WIDE RANGE OF OTHER KITS AVAILABLE TO PURCHASE IN-STORE AND ONLINE. CLICK HERE TO SHOP NOW.