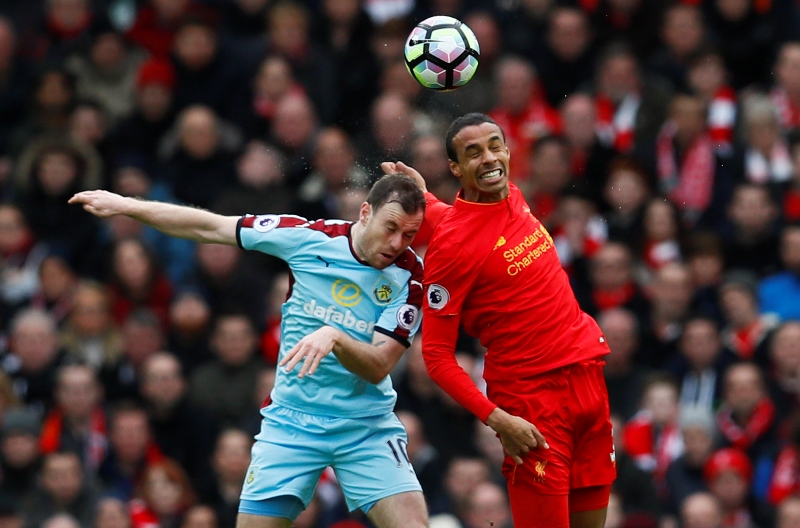 The race for a spot inside the top four of the Premier League has rarely been so close, with the entire top six all looking capable of qualifying for next season’s Champions League.

And with Liverpool travelling to Manchester City this Sunday, a win for Jurgen Klopp’s side could be another huge step towards dining at the top table of European football  for the first time since the 2014/15 campaign.

Pep Guardiola’s City troops have impressed in this year’s competition and will see qualification as an essential element of his first season in charge as he looks to attract the world’s best talent.

But if the likes of Sergio Aguero, Leroy Sane and Raheem Sterling are to seal victory for Manchester City, they’ll have to get past Joel Matip.

The central defender has made 19 appearances for Liverpool this season and is fast becoming one of the best free transfers in the last three years of the Premier League, alongside these contenders.

With Martin Skrtel departing for Fenerbahce in the summer, Jurgen Klopp was left with a rather large hole in his defensive line.

Cameroon defender Matip has brilliantly filled that void following his move from FC Schalke winning 72% of his tackles and an overall passing accuracy of 86.2%.

He’s made over 100 clearances and an impressive nine blocks in his 18 starts for Liverpool this season to further underline his importance to the side.

The Swede has made a huge impact in the Premier League already this season and has made a remarkable 40 appearances in all competitions for Manchester United.

He’s already banged in 15 goals in the Premier League and a further ten across the FA Cup, EFL Cup, Community Shield and Europa League.

With injuries and poor form severely hampering the likes of Marcus Rashford, Anthony Martial and Wayne Rooney, Zlatan’s goals, assists and winning attitude have been invaluable.

A Premier League veteran, Barry was released by Manchester City in the summer of 2014 having already spent a year on loan with the Blues.

Everton finished fifth with Barry temporarily at Goodison Park and the former England midfielder was named Player and Players’ Player of the Year at the club for the 2015/16 season.

The versatile midfielder will face his former club this weekend having joined Liverpool from City in June 2015 after four trophies in five years at the Etihad.