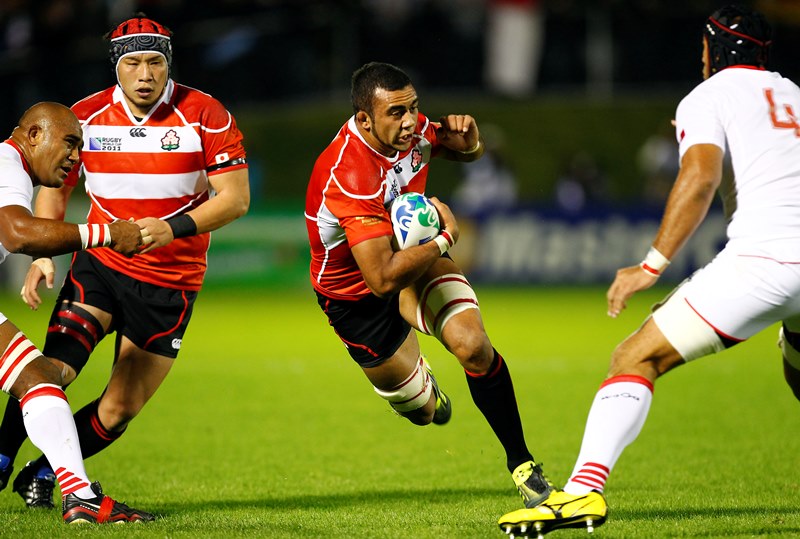 Which Japan stars can hurt Ireland this weekend?

Japan stunned the world two years ago with that historic victory against South Africa at the 2015 Rugby World Cup and now Ireland arrive in the Far East to face a side who are pushing hard to join rugby’s elite.

Although this tour may not capture the public’s imagination due to the Lions, make no mistake that the men in green must play at their best to win both Test matches.

And it gives them a valuable opportunity to scout out their opponents after being drawn to play Japan at the 2019 World Cup.

Japan, who will host the tournament, may have lost head coach Eddie Jones since beating the Springboks, but they have maintained much of the momentum they generated from their three wins in England.

They pushed Wales close in Cardiff last autumn and remain unbeaten in 2017 – which includes an 80-10 win over Korea.

Admittedly, that is not anything that will scare Ireland but with many of Joe Schmidt’s regulars now away with The British & Irish Lions and a grueling domestic season now at an end, they will have to be wary.

Here we pick out three Japan stars to pay close attention too:

Leitch is perhaps the best known player in Japan. He is the captain and star of the team, and plays club rugby in New Zealand for the Chiefs.

Leitch broke into the Japan side aged just 20 and quickly established himself as a fan favourite, with his hard tackling, boundless energy and quick hands capturing the public’s imagination.

The 28-year-old was born in New Zealand but moved to Japan aged just 15 to study, and he quickly settled into his new surroundings.

His Japanese became so good that he now says he speaks better Japanese than English, endearing him even more to his adopted country.

Leitch first caught the eye at the 2011 World Cup, but it is his heroics in leading Japan to that 34-32 win against the Springboks, when he also scored a try, for which he will always be remembered.

Leitch will be 30 by the time of the 2019 World Cup, and will surely face Ireland again in two years time.

Japan boast a powerful back row and Mafi is a major part of that, as Wales found out to their cost in November.

Mafi was in inspiring form, and won the man-of-the-match award as Wales needed a last-gasp drop-goal to snatch an undeserved victory.

Premiership Rugby fans will be familiar with his game after he played seven times for Bath last year, but he is currently at Melbourne Rebels after leaving Japanese side NTT Shining Arcs.

The 27-year-old has an eye for the try line, so Ireland will need to be on their guard.

He scored two tries in four appearances in the 2015 World Cup, and also supplied the winning pass to Karne Hesketh to score the winning try against South Africa.

Perhaps a name even die-hard rugby fans have not heard, Matsushima is ready to show the international game what he is made of.

The 24-year-old can operate across the back three, but it is the 15 jersey where he is most at home and Ireland need to be prepared for what he brings.
Matsushima has long been tipped to reach the very top of the sport and has been in and around the Japan side since making his debut aged 21 against the Philippines.

A further 22 games and ten tries have followed, but he has struggled to find a home domestically with stints at the Waratahs and Rebels both falling flat.

But he impressed against Wales last November and can pose a major question to Ireland’s defence.