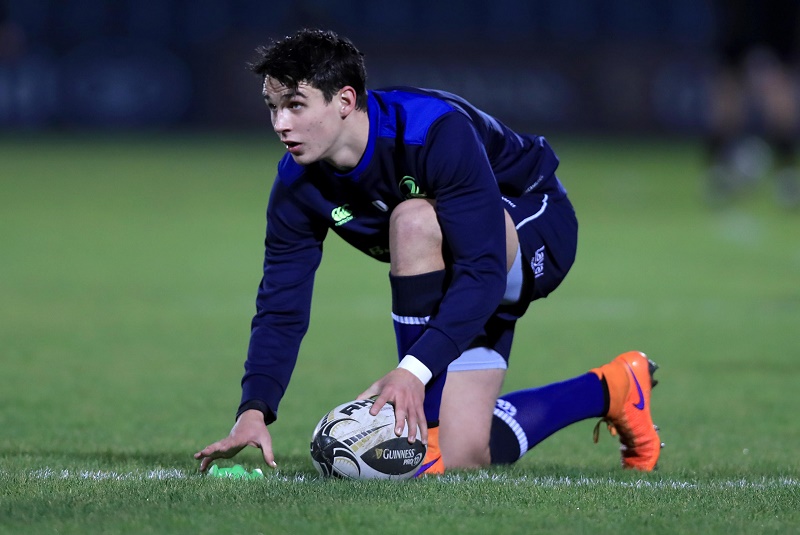 The provinces once again kept up the pace across the Pro12 as Munster and Leinster ensured it was to be an Irish one-two atop the table.

But leaders Munster far from had things their own way from their trip to Glasgow Warriors, Ian Keatley’s late drop goal vital in the 16-15 success.

That was after Rassie Erasmus’ side had gotten off to a flyer, ten points to the good before the hosts battled back, Munster eventually holding on for the spoils.

But the absence of a bonus point cut their advantage at the top of the standings, and they now lead Leinster only on points difference, whose power proved too much for Newport Gwent Dragons.

Peter Dooley, Ross Molony and Jack Conan all crossed, while an impressive Joey Carbery sealed the bonus-point success, 28-15 at the RDS Arena.

Ulster ensured it was to be a good weekend all round for the Irish provinces, running in five tries for their first win in four Pro12 outings, victorious at Cardiff Arms Park against the Blues 35-22.

And Connacht made it a clean sweep, running in no fewer than seven tries in a rampant 47-8 display against Benetton Treviso.

Try of the weekend

It was a display heralding comparisons to the Pro12 title-winning side for Connacht, all despite the news of Pat Lam departing for English side Bristol come the end of the season.

There were plenty of scores to choose from in Galway, but it was a John Cooney try straight off the training field that dazzled the Sportsground.

A beautiful line-out move saw Danie Poolman – a late replacement in the Connacht team – take a pass on the blindside, then offloading to Cooney to dart under the posts in perfect style at the start of the second half.

Star of the weekend

When on the wrong end of a barren run, it’s particularly handy to have a gem in your pocket to pull you out of a tricky patch.

And Ulster had that in abundance with Ruan Pienaar on Saturday, the South African vital in a first win in four as Les Kiss’ side ran out winners at Cardiff Blues.

The scrum-half delivered his skilful best in some style in Wales, pulling the strings in the five-try showing as Charles Piutau, Stuart McCloskey and Kyle McCall all touched down in the first half.

But it was his work from the tee which kept Blues at arm’s length, kicking all five conversions to deny the Blues a losing bonus point, with Chris Henry and Louis Ludik adding second-half scores.

Moment of the weekend

Needing just a solitary swish of the boot to get a dogged victory away from home, it’s always nice to have a dependable kicker to get you over the line.

Munster had been up against the eight ball when Glasgow Warriors roared their way back into the game at Scotstoun, but Keatley’s last-gasp drop-goal ensured his side remained on top spot.

With just a couple of minutes remaining, Erasmus’ side worked the ball confidently between the backs, Keatley holding his nerve to dissect the posts.

It’s a kick vital in more ways than one for Munster, who extended their winning run to five in all competitions as the race for Christmas bragging rights hots up.

Young Gun of the weekend

It’s easy to forget that, with his influence for both Leinster and Ireland this season, Joey Carbery is a player firmly with the future in mind.

The 21-year-old has already made three appearances for his country, debuting in the infamous victory in Chicago that ended New Zealand’s unbeaten run.

And Carbery added more to his repertoire in this Pro12 weekend, the fly-half scoring the vital fourth try that took Leinster to a bonus-point against Newport Gwent Dragons – a score that puts them level at the top with Munster.

That came after a dazzling run to help set up an earlier score and open his side’s account.

And such is the value Leo Cullen holds on Carbery that he was taken off soon after, one eye firmly on next Friday’s European action with English side Northampton Saints.

THE LATEST RANGE OF IRISH RUGBY JERSEYS, TRAINING WEAR AND FAN-WEAR IS AVAILABLE TO PURCHASE IN STORE AND ONLINE. CLICK HERE TO SHOP NOW.