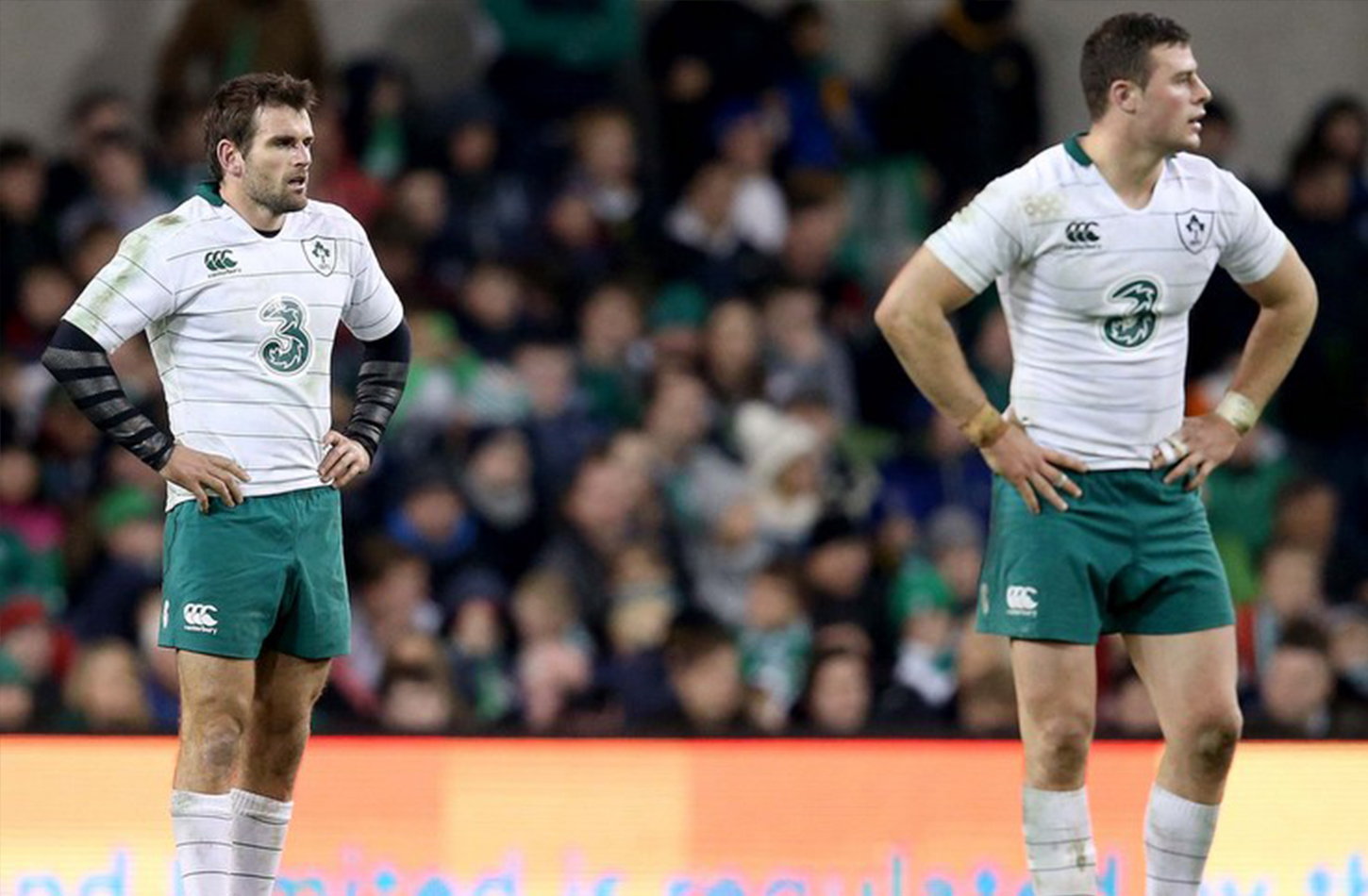 THE FLEDGLING MIDFIELD PAIRING OF ROBBIE HENSHAW AND JARED PAYNE FACE THEIR TOUGHEST EXAMINATION TO DATE AGAINST THE HIGHLY EXPERIENCED WELSH PAIRING OF JAMIE ROBERTS AND JONATHAN DAVIES.

A bit like the Welsh team itself, the talented Lions test duo were slow out of the blocks and made little impression in the championship opener against England when the comparatively inexperienced Bath outside centre Jonathan Joseph lit up the Millennium Stadium with an outstanding performance.

Since then both Roberts and Davies have been outstanding, playing major roles in the Welsh revival on the road. Winning in Paris is never easy and the fact that both Welsh centres are now based in France seemed to energise them even further to do well against their respective team mates from Racing Metro and Clermont Auvergne.

Robert is key to generating momentum for Wales as their game is based almost exclusively on getting over the gain line. He is used consistently off line outs to kick start Welsh phase play and Robbie Henshaw faces a stern examination in halting the progress of the 6’4″ centre.

The good news here is that the Connacht star has been outstanding in defence all through the championship to date with 13 tackles against England and 44 in the tournament in total. His power and explosiveness is a major asset here but he is still learning his trade when defending the inside channel. It helps that Johnny Sexton is directing the defensive line on his inside shoulder and that generates massive confidence. It also helps that Sexton knows Roberts’ game inside out from playing together in Paris and has a clear read on his body language.

Payne has gone about his business with quiet efficiency and carries an air of confidence generated from his days in an outstanding Auckland Blues back line, playing alongside the likes of Joe Rokocoko, Rene Ranger, Luke McAlister, Benson Stanley and Isaia Toeava – All Blacks all. His calm assurance has helped Henshaw enormously but he will have his hands full in dealing with the threat posed by Davies on Saturday.

Joe Schmidt pulled this Irish combination together out of the blue against South Africa last November, having observed them closely in training at Carton House. He liked what he saw. To date they have answered every question asked of them even if their input in attack has been somewhat limited with Ireland favouring a kicking game. There is more to come on that front however and Saturday could be the day.

There are so many key match ups taking place all over the field that this one has gone under the radar somewhat. It is one that I am looking forward to with keen interest as the continued development of the Henshaw- Payne axis will be crucial to Ireland’s World Cup aspirations. We will know more after this mouthwatering contest.