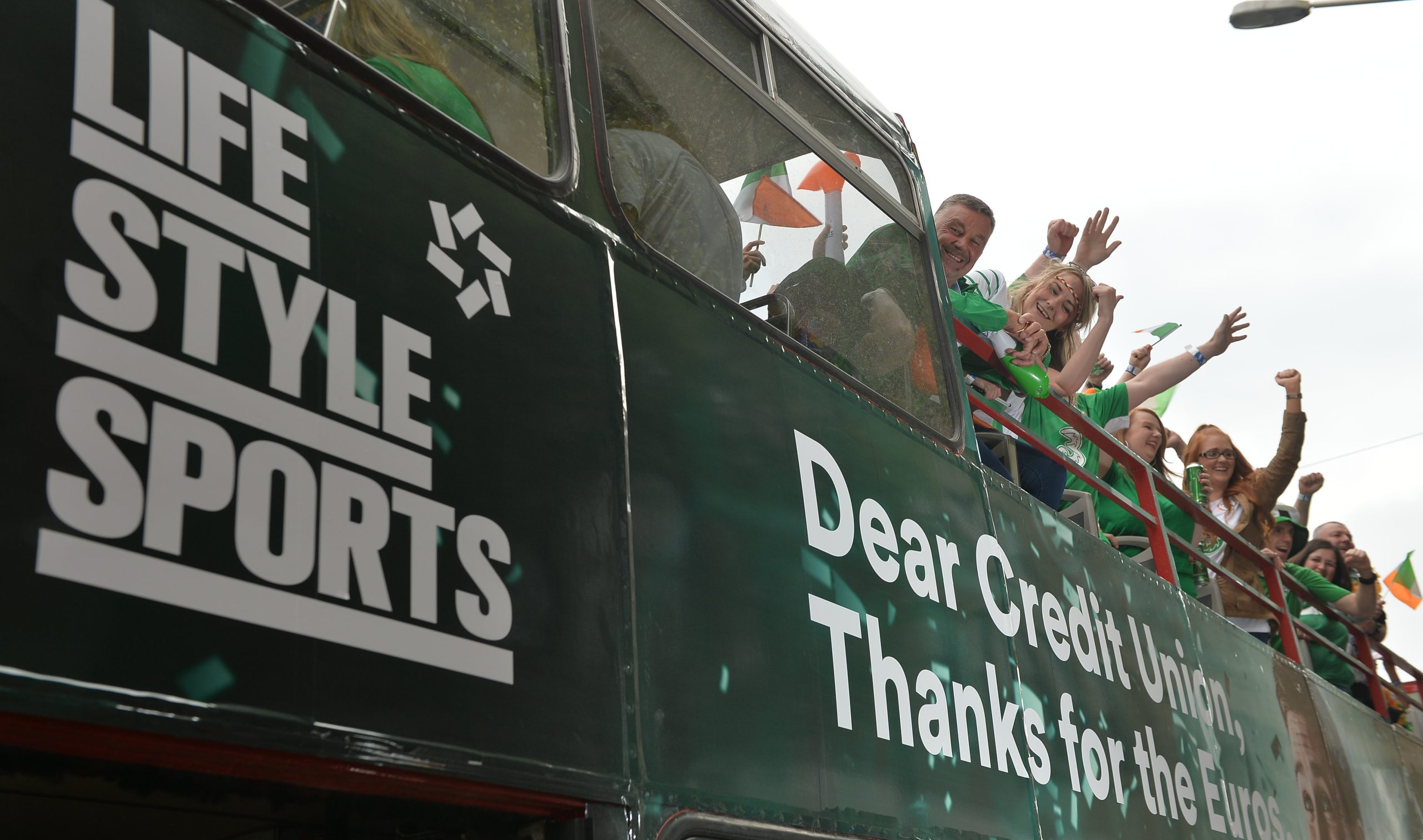 As part of the #FootbALLorNothing campaign, in conjunction with Umbro, official kit supplier to the FAI, we gave 70 Irish supporters the Ultimate Football Fan Experience by recreating the open top bus homecoming tour from Italia ’90. The fans were honoured on the way to support the Boys in Green taking on the Netherlands in the Aviva Stadium.

The lucky supporters were joined on the bus by a surprise guest….an Irish footballing legend who played a major part in Italia ’90 and of course, experienced the incredible home-coming celebrations first hand; John Aldridge.

The fans, who won their places by buying their Republic of Ireland jersey at one of our 58 stores nationwide, were picked up from the Life Style Sports store on Grafton Street and were then cheered through the streets of Dublin until they reached the Aviva Stadium. With Irish football anthems blaring from the bus, as well as supporters cheering on the streets, the scenes were certainly reminiscent of the Phoenix Park in 1990.

Life Style Sports are the number one destination for France bound Ireland fans this summer, and those supporting the team at home, with the broadest range of Ireland jerseys, training kit and supporters wear available.

FANS CAN EMULATE THEIR FAVOURITE PLAYER, NO MATTER WHAT NATION, WITH ALL 24 EURO 2016 TEAM JERSEYS AVAILABLE AT LIFE STYLE SPORTS.COM AND IN SELECT STORES, ALONG WITH 95% OF ALL ON PITCH BOOTS THAT WILL BE WORN AT THE TOURNAMENT. CLICK HERE TO SHOP NOW.