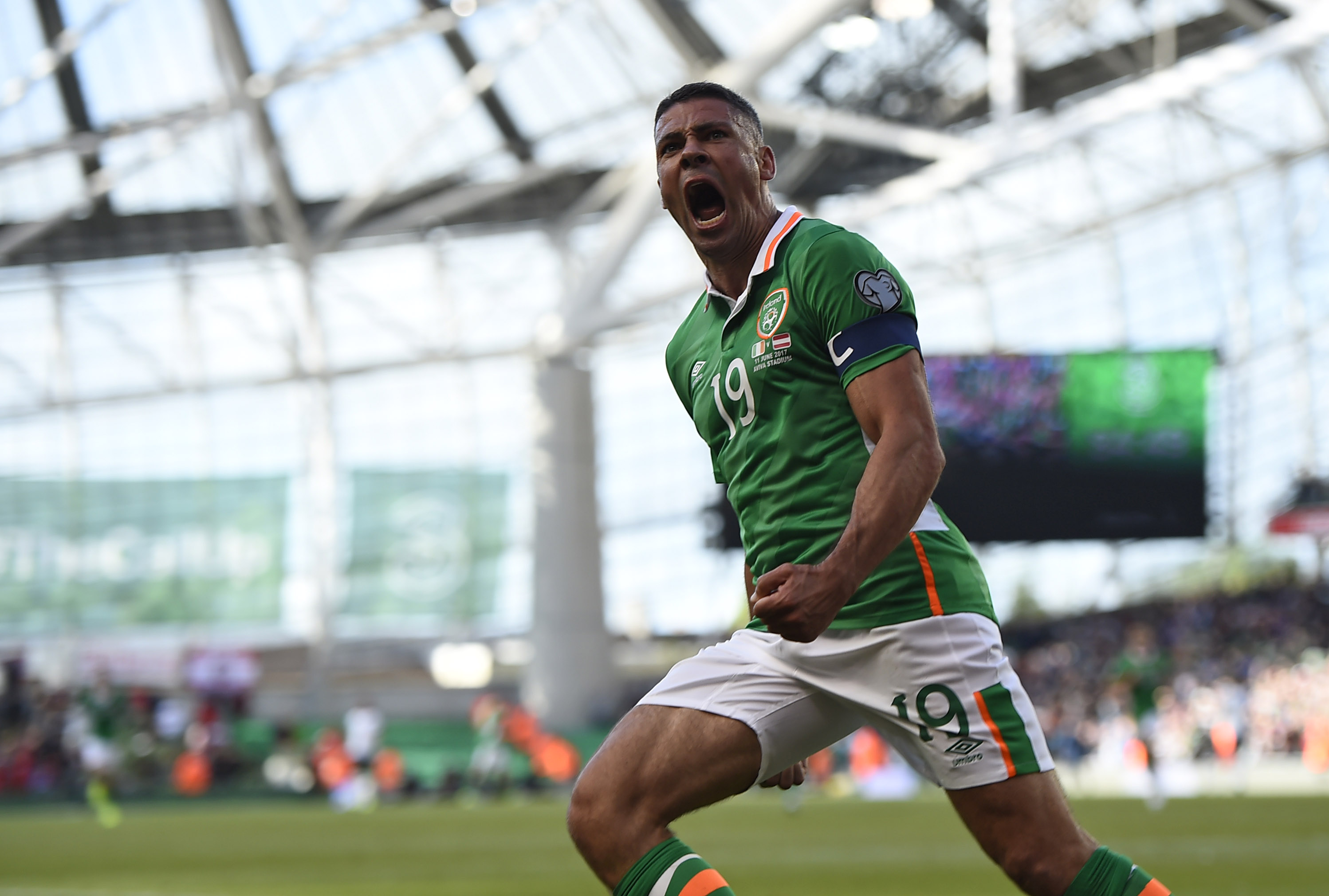 Ireland’s route to the World Cup: What must they do to book their spot in Russia?

It’s as you were in Group D after Sunday’s results, as Jonathan Walters’ stunning late equaliser against Austria kept Ireland second in the standings with just four games remaining.

Hopes, expectations and dreams have been formed about Martin O’Neill’s side qualifying for a first World Cup in 16 years – but the effort they had to put in against Austria will have been a big reminder about just how hard that task still is.

Arguably the Boys in Green had goalkeeper Darren Randolph to thank for that vital point on Sunday, as it was his epic save from Austrian substitute Florian Grillitsch that denied them a second goal and almost certainly all three points.

Moments later and it was that man Walters – with 14 international goals now to his name, including three in World Cup qualifiers – who collected Robbie Brady’s punt forward and promptly smashed the ball home off the inside of the post to make it 1-1 on the night.

It kept Ireland in the driving seat to secure automatic qualification to next summer’s World Cup finals, but what exactly do they have to do from here to get there?

Ireland certainly hold a healthy position despite being held in Dublin by Austria – they are only behind group leaders Serbia on goal difference, having accrued 12 points from six matches.

Wales and Austria are both four points behind the top two, with minnows Georgia and Moldova well off the pace.

Sunday was effectively a stalemate as Serbia vs Wales also ended 1-1, while Moldova vs Georgia finished 2-2.

And so qualification is still now entirely in Ireland’s hands – although rarely are things simple for the home nations in World Cup qualifying and Irish fans will almost certainly have to endure more drama before Group D wraps up in October.

THE MOLDOVA AND GEORGIA EQUATION

Both Moldova and Georgia now have nothing to play for other than pride, and while both have secured some draws so far, it is unlikely the top four teams will drop the ball towards the business end of qualifying.

If all four of the top sides win their clashes against the underdogs, Serbia and Ireland will effectively be on 18 points, and Wales and Austria on 14.

So, that means Ireland’s clashes against Serbia (September 5) and Wales (October 9) will be the make-or-break ties remaining, and Martin O’Neill will also have one eye on Wales v Austria and Austria v Serbia.

Four wins from four matches obviously would guarantee qualification, but in all likelihood less than that would also do the trick.

Three wins would probably be enough to at least seal the group runners-up spot for Ireland, or potentially better, but even as little as six points from here has been the benchmark in the past.

In all nine of the groups in the last World Cup qualifying campaign, 18 points was enough to secure second place.

But four points or less from the four games would make it very hard for the Boys in Green to progress, and that final-day clash with Wales could prove disastrous if they do not beat the Serbs in September.

The only other thing the Boys in Green must also be wary of is that they could conceivably finish second and still be eliminated.

Only the eight best runners-up qualify for the play-offs from nine groups, and only results against teams ranked between first and fifth in the group count in this round-up of second-placed teams.

So Ireland’s results against either Moldova or Georgia will be irrelevant should they find themselves in this position – and goal difference will determine who comes out on top if teams still cannot be separated.