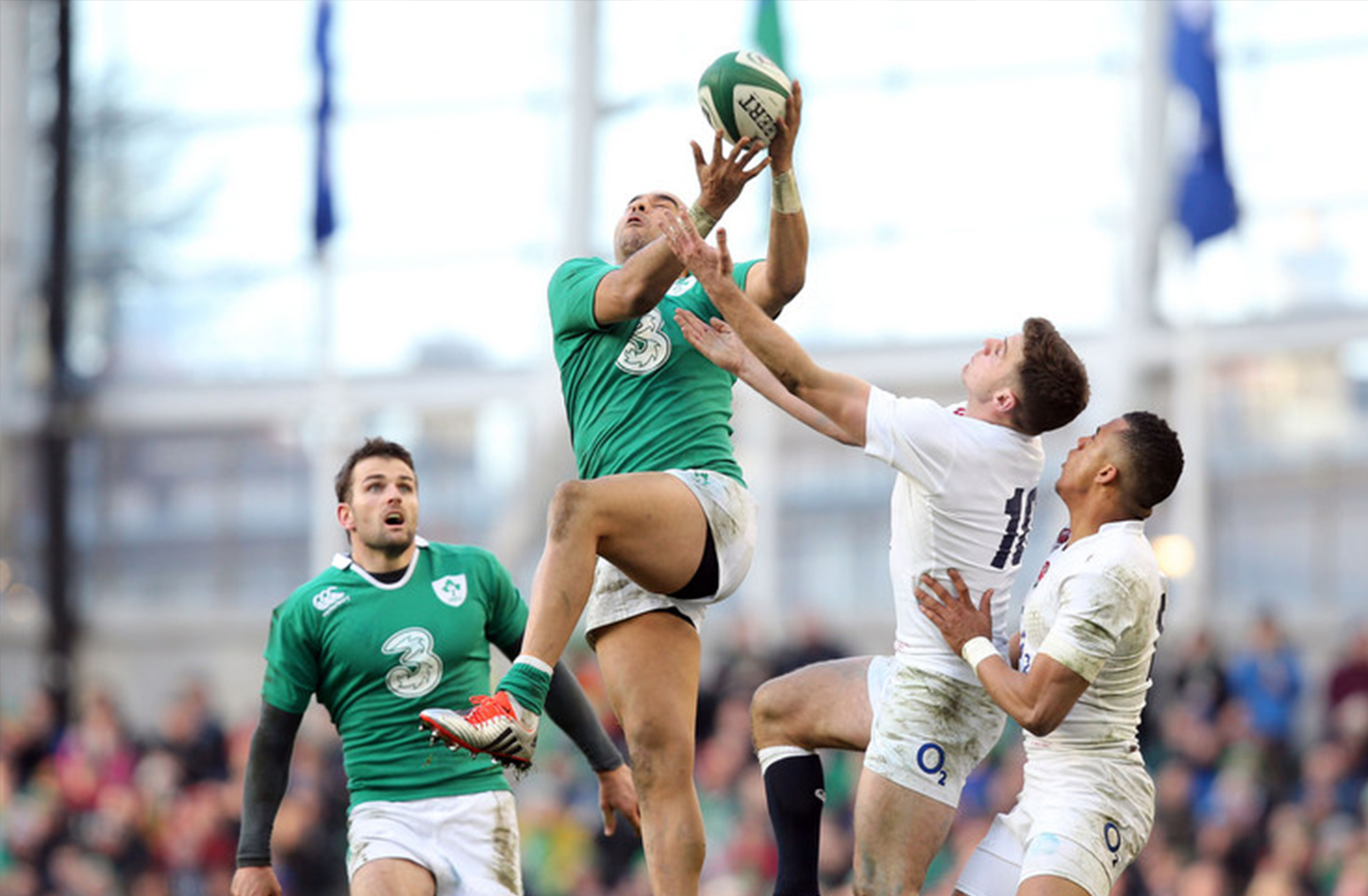 GIVEN THAT BOTH SIDES WERE UNBEATEN GOING INTO THEIR ROUND THREE CLASH, MANY SAW THE WINNER OF THE GAME BETWEEN IRELAND AND ENGLAND IN DUBLIN AS CERTAIN CHAMPIONSHIP WINNERS. NOT SO. IN FACT I EXPECT THAT WALES WILL PROVE FAR MORE DIFFICULT OPPONENTS WHEN THE TWO SIDES MEET IN CARDIFF ON SATURDAY. TWO DIFFERING BATTLES COULD PROVE KEY.

This current back line is the tallest ever fielded by Ireland with all seven starters well over six feet. In addition five have played Gaelic football to a decent level. Surprisingly given his Kerry roots, Johnny Sexton is one of the exceptions while the GAA didn’t figure on Jared Payne’s radar growing up in Tauranga in New Zealand’s picturesque Bay of Plenty. Joe Schmidt is the master when is comes to maximising his teams competitive advantage and exposing the potential weaknesses of the opposition.

He immediately recognised that the pin point accuracy provided from the boot of Sexton and Conor Murray needed to be utilised in not only putting the opposition back three under pressure but also retrieving possession and using it to best effect. The fact that the entire back line outside the half back pairing have considerable experience of playing full back has also helped in developing a collective aerial skill set second to none.

Wales are the only side that comes anywhere close to matching Ireland’s prowess in the air. Their back line is even more physically imposing than Ireland’s. Alex Cuthbert, Jamie Roberts and George North would probably be competing for places in the second or back row of the scrum had they been around in the 1980’s while Liam Williams, Cuthbert’s replacement against France, and out half Dan Bigger are also brilliant at retrieving their own aerial bombs.

Wales will only see opportunity in Ireland’s kicking game, confident that they will be more than a match for Schmidt’s men when it comes to fielding. If they can win that contest they know Ireland will be left a little narrow in defence with the chasers out of position and will look to move the ball quickly into that vacant space. No side has managed to do that this season as, more often than not, Ireland have managed to retrieve possession from their kicks.

Having had ample time to study Ireland’s uncomplicated game plan, Wales have the armoury to turn an Irish strength into a potential weakness. Ireland need to be ready with a response if that happens.