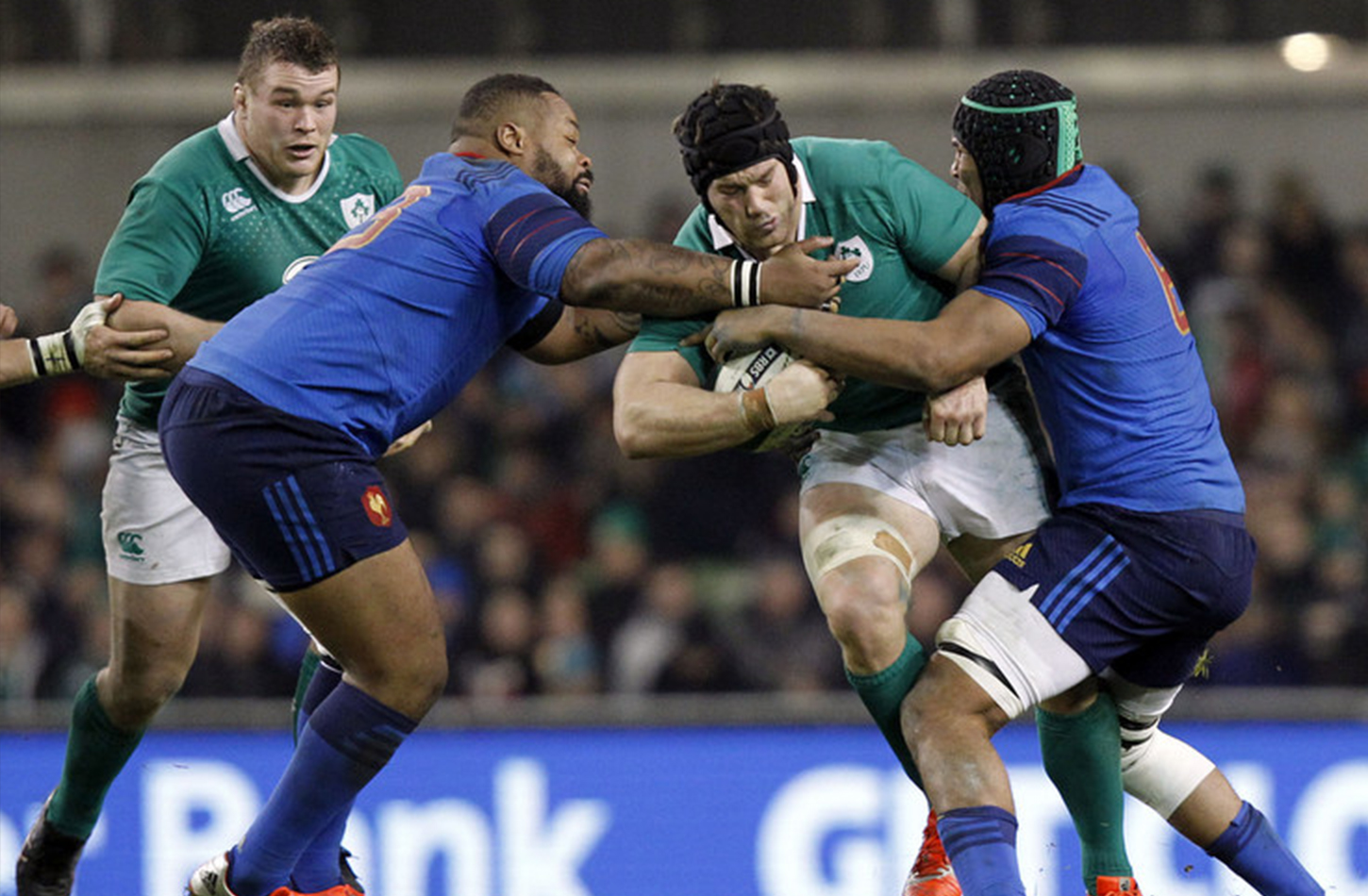 IRELAND WITHSTAND LATE PRESSURE TO SEE OFF THE FRENCH

WE DON’T OFTEN BEAT THE FRENCH AND THINK; WE DIDN’T PLAY TOO WELL IN THAT GAME. IN FACT WE DON’T OFTEN BEAT THE FRENCH. NOT SINCE THE 2000/2001 SEASON HAVE WE BEATEN FRANCE 2 YEARS ON THE TROT. BUT THIS IS THE EXPECTATION LEVEL JOE SCHMIDT HAS BROUGHT WITH HIM SINCE TAKING OVER AS IRELAND BOSS. WE ARE GOING INTO THESE GAMES AS FAVOURITES AND THESE PLAYERS ARE WELL ABLE TO DEAL WITH THE BIG PRESSURE THAT COMES WITH IT.

Ireland were good value for their win at the weekend. The most hype before the game surrounded the return of Johnny Sexton. The French media couldn’t believe he was thrown straight into such a big clash while Joe Schmidt maintained he got the all clear from the medical team and was ready for action.

Two penalties in 20 minutes were enough to settle the fly half’s nerves and from there he controlled the game. Ireland generated a lot of pressure in the first half but never crossed the line for that crucial try. Four first half penalties from Sexton gave Ireland a 12-6 lead at half time.

After a nasty collision with 18 stone Bastareaud, Sexton had to be temporarily replaced. He later returned with stitches on his swollen left eye. In his absence, Ian Madigan slotted over another penalty for a 15-6 lead.

Ten minutes into the second half, France replaced their entire front row which had a big effect on the game. France began to take control and added more tempo to their game. However Pascal Pape was sent to the bin for a knee to the back of Jamie Heaslip in the 53rd minute. This was a chance for Ireland to extend the lead but unfortunately the French held out. To make it worse, Rory Best received a yellow of his own 7 minutes later which put us on the back foot. France took full advantage of this with a try with 10 minutes remaining.

This lead to a nervy 10 minutes where Ireland faced wave after wave of French attack. Ireland held out in what was a deserved victory at the Aviva Stadium. Ireland were very comfortable in this game until the last quarter. However this is where games are won and lost. This may prove to be a very valuable lesson with England coming to town in less than two weeks, where at least one unbeaten run will come to an end.