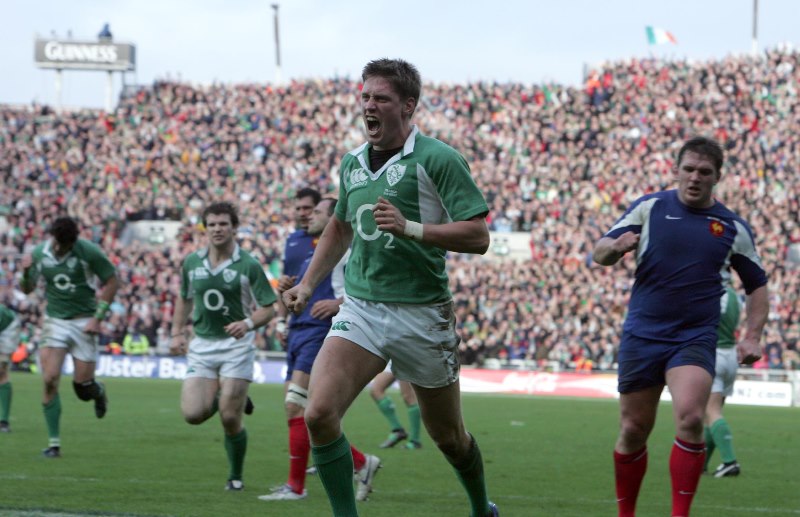 When Ireland meet France in the Six Nations, sparks tend to fly.

There were low-scoring draws in successive years in 2012 and 2013, and Ireland have sealed two Championship trophies by beating Les Bleus.

With Ireland pepped up and full of promise under Joe Schmidt and France as enigmatic as ever with new coach Jacques Brunel at the helm, this year should be no different.

Here’s a look back at three iconic clashes between these two nations.

The two sides would go on to finish first and second in the Six Nations table but Vincent Clerc’s late show in the second round of fixtures helped ensure that the French would go on to top the table.

This was the first rugby union international at Croke Park, taking place during the development of the Aviva Stadium, and the game lived up to the occasion.

Ronan O’Gara crossed the whitewash in the first half and his fourth penalty with just two minutes left made it 17-13 to the home side.

But fleet-footed Clerc spotted a mismatch out wide and, with the final play of the game, danced through two tackles to break Irish hearts.

What a year – a first Grand Slam in 61 years under Declan Kidney made possible by this scintillating win in Dublin.

Tries from Jamie Heaslip and Brian O’Driscoll either side of half-time seemed like enough but a Maxime Medard score pegged Ireland back.

Gordon D’Arcy came off the bench and trucked his way through the defence with a dodgy shoulder to set his side on the path to triumph.

Ireland’s second-ever Six Nations triumph was the perfect way for the nation to say farewell to its favourite son O’Driscoll, playing his 141st Test.

This was a ding-dong encounter, Andrew Trimble and Johnny Sexton dotting down in the first-half, but still the visitors trailed 13-12 at the break.

Sexton’s second late on gave Ireland just about enough skin on their teeth to hold on, a late penalty miss and disallowed try shedding nerves.

It was a monumental defensive display to hold on for a first Irish win in Paris since 2000.