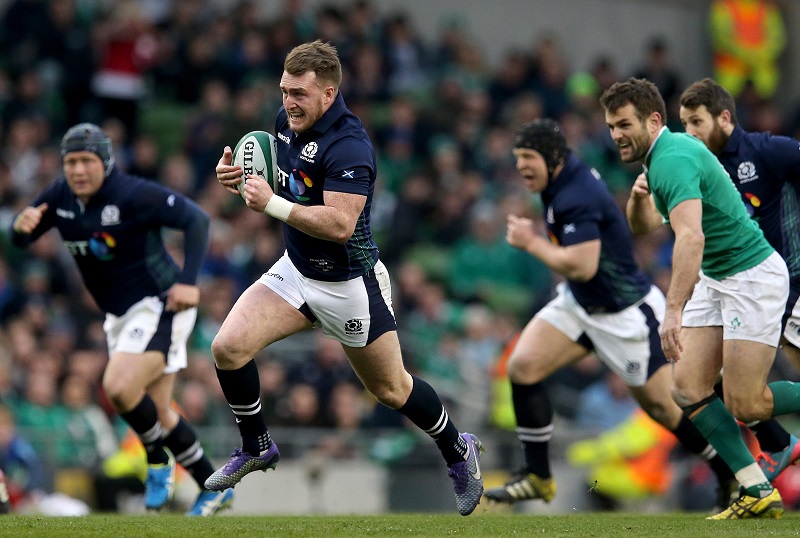 The RBS 6 Nations returns to our screens this weekend and Ireland travel to Murrayfield to take on Scotland in the opening game of the tournament on Saturday.

While some are predicting a Grand Slam showdown in Dublin against England in the final round of matches, Scotland will be no easy task for the boys in green.

Vern Cotter’s men got the same number of wins as Ireland in last year’s Championship with Ireland’s draw against Wales securing them third place.

So who are Scotland’s dangermen that could break Irish hearts?

The Glasgow Warriors full-back has been in fine form for his club in both Europe and Guinness PRO12 and he was player of the tournament 12 months ago.

He opened the scoring against Ireland last time out, even though his side lost 35-25, and can be an extremely elusive runner from deep or when he joins the backline.

A strong contender for the Lions No.15 jersey come the summer, Hogg will be keen to make an impression during the RBS 6 Nations – starting with a positive showing against Ireland.

Russell has been a major factor in Glasgow Warriors’ fine form in Europe this season as they made the quarter-finals for the first time in their history.

One of the most in-form fly-halves in the world at the moment, Russell will be looking to set the likes of Hogg, Sean Maitland and Tommy Seymour free at Murrayfield.

Ireland will be without Johnny Sexton at No.10, which means starter Paddy Jackson and replacemetn fly-half Ian Keatley will have their work cut out to keep the influential Russell at bay for a full 80 minutes.

TEAM | Scotland locks v Ireland: Second-row brothers @jonnygray14 and Richie Gray are back in the saddle in the boiler house! #AsOne pic.twitter.com/ilicQYuxfF

The two Gray brothers form a formidable partnership in the Scottish second row but Jonny is selected as one of our men to watch after his incredible performances in the autumn.

He made a remarkable 43 tackles across the three internationals he played at the end of last year without missing a single one and he managed to get a try as Scotland lost to Australia by a single point.

The Gray brothers, Jonny is five years Richie’s junior, have 88 caps between them and they’ll be looking to use all that experience against Ireland after Vern Cotter selected a youthful front row.

Props Allan Dell and Zander Fagerson will scrum down either side of Fraser Brown in a trio with less than 30 international caps between them, making Gray’s experience behind them all the more important.