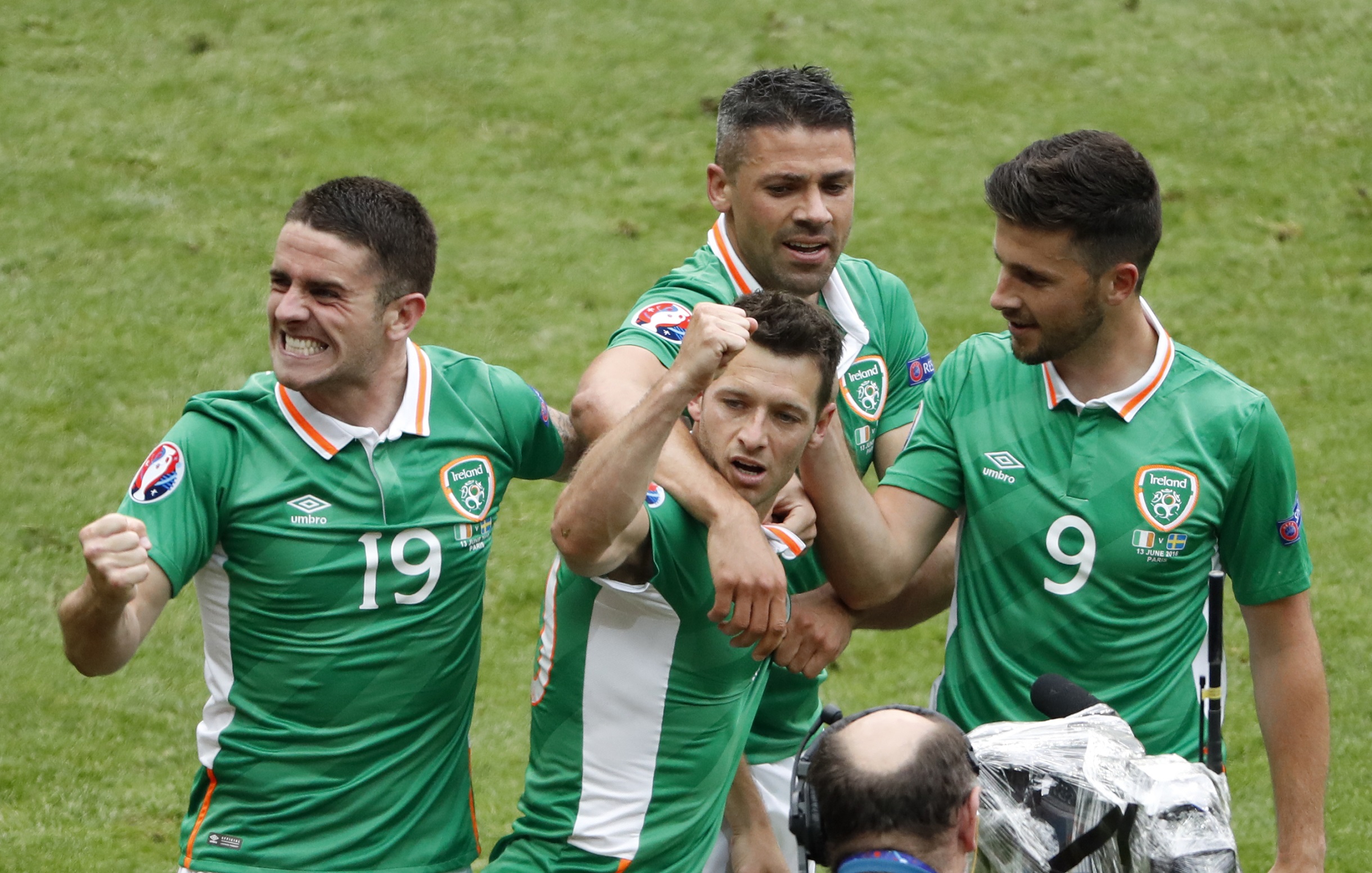 After Wes Hoolahan’s wonder strike helped our boys to a hard-fought 1-1 draw against Sweden in our Euro 2016 opener, the games don’t get any easier as we prepare to take on Belgium.

Hoolahan became just the fourth Irish player to score at the European Championships, after Ray Houghton, Ronnie Whelan and Sean St Ledger – and what a goal it was.

Plenty had Belgium as their pre-tournament favourites before their team of well-known stars suffered a shock defeat at the hands of less-fancied Italy.

The boys in green may go in as slight underdogs against the Belgians, but those games against the Germans in qualifying proved that we have nothing to be afraid of.

“With the bigger games, being underdogs suits us,” midfielder Jon Walters told Life Style Sports in one of a series of exclusive interviews.

“People expect you to get thrashed and get beaten but the longer the game goes on and the tighter it is, that brings the whole togetherness to the forefront.

“It’s not a one-man game, we all work for each other all over the pitch and it shows out there.

“Sometimes the bigger names can’t break us down, which we showed in qualifying and hopefully we can reproduce that against some of the teams in the tournament.”

The tournament has not been short of drama so far with Northern Ireland beating Ukraine, Iceland holding Portugal and Albania very nearly holding France.

Those results, and the fantastic support from our fans in France, will surely give our boys a massive boost as we look to put ourselves into a strong position in group E.

“Belgium have world-class players all over the pitch,” added Walters.

“Man for man if you looked at the team you’d probably say they are the best team in the world.

“That’s man for man but as we know, that’s not how it works. So we see that as a game we can get something out of as well.

“We’ll have a game plan and it comes on the back of the Sweden game, so we’re able to see how the group lies.

“It’s a very difficult game but it’s only 11 names you are playing against and they are only names on the back of a shirt.”