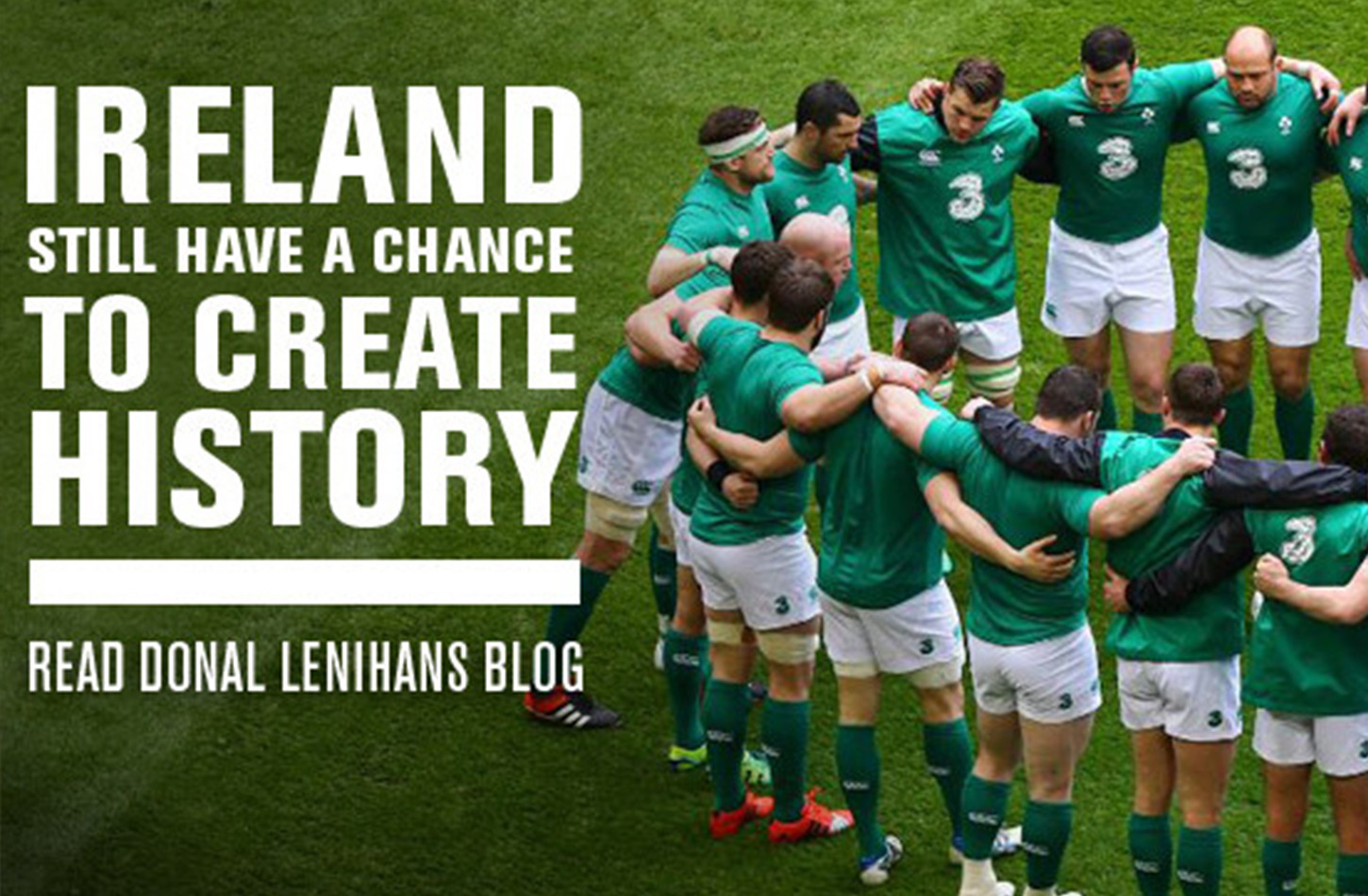 IRELAND STILL HAVE A CHANCE TO CREATE HISTORY

IT IS 66 YEARS SINCE AN IRISH TEAM HAS MANAGED TO RETAIN A CHAMPIONSHIP OUTRIGHT SO THIS IRISH SQUAD HAS EVERYTHING TO PLAY FOR DESPITE THE EMPTY FEELING THAT SAT HEAVILY IN THE PIT OF THEIR STOMACHS WHEN THEY WOKE UP IN THE MARRIOTT HOTEL IN CARDIFF LAST SUNDAY.

There is no worse feeling in sport than the harsh reality that greets a shattering defeat in the morning after a big game. Despite all the talk that the words Grand Slam were banned in Irish camp in the build up to the Welsh game, it is inevitable after the highly satisfying win over England that, in the sanctuary of the hotel bedroom, players minds would start to drift and visualise what it would be like to become only the third team in Irish rugby history to achieve that notable milestone.

That makes the defeat at the Millennium Stadium even more acute but at least the squad have been presented with an immediate opportunity to put that disappointment behind them. The easiest way to erase a shattering defeat is to go out and win the next match. The fact that there is also a trophy on offer this weekend and the players face the genuine possibility of having a championship medal draped around their necks in Edinburgh on Saturday night presents even more incentive to right the wrongs of Cardiff.

After ten wins in a row it is clear that this team have been doing something right all along so it is highly unlikely that their tactical approach for this game will change appreciably from what we have seen all season. The fact that Joe Schmidt will only have two meaningful field sessions this week and also faces a days travel will only seek to keep change to a very minimum.

The biggest factor to be addressed is the elephant in the room – a lack of tries. With the likelihood that Wales, England and Ireland will all win their respective games then, for the third season in a row, the championship will be decided by points differential with the respective margins of victory on the final day of the championship the decisive factor. Problem here is Ireland are joint bottom on the try scoring charts with France with just four to date. England have scored eleven and with a home game at Twickenham against a pretty abject French side with the added bonus of knowing exactly what will be required to lift the trophy, the odds are stacked in their favour.

Ireland need to blank all of that however and just go out and play. I have no doubt the mantra within the squad will be to build a score, just as Wales did against us last weekend. Leigh Halfpenny took every penalty opportunity on offer and by sprinting into that twelve point lead in the opening quarter, Wales made it very difficult for Ireland to claw their way back.

That they were within inches of drawing the game at the end says much for the character within the group and for that reason alone I think Schmidt should retain faith in the starting side to go and finish the job.

Ireland are more than capable of bouncing back and winning this one by a reasonable margin. The big question is will it be enough to bring silverware home with them on the flight to Dublin on Sunday morning.