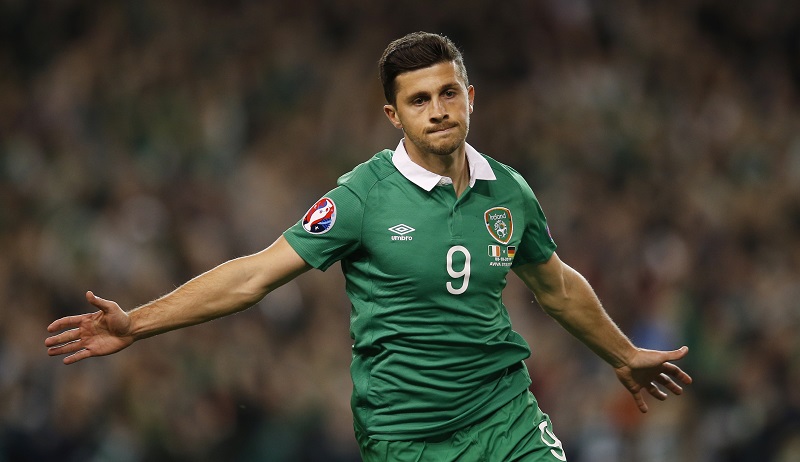 Which Ireland stars could be on the move this summer?

The transfer window can be a confusing time for a footballer, with persistent rumours of a sudden departure disrupting pre-season plans.

For some, it may be a chance to start afresh and in a tournament year that could be crucial – with World Cup places potentially up for grabs.

The Republic of Ireland are looking strong in their qualifying group, and this may be the last chance players have to ensure they are playing regular football next season and remain in Martin O’Neill’s thoughts.

Here we look at three players who are expected to be playing elsewhere next season.

Richard Keogh joined Derby County in 2012 from Coventry City and has been ever-present at the heart of their defence since – making over 200 appearances.

The 30-year-old centre-back is a regular in the Ireland squad, but only made his debut in 2013 and has just 18 caps.

Yet with John O’Shea now 36, there is a chance Keogh could force his way into the side and his career is still going from strength to strength.

Championship heavy spenders Sheffield Wednesday are linked with a £3million move for Keogh, while Birmingham City are reportedly linked.

Although any move would appear to be a sideways one, Keogh remains one of the best centre-backs in the Championship and would surely fit in seamlessly wherever he goes.

Shane Long has never been able to hold down a consistent first-team place at Southampton, and the 30-year-old may want to leave in order to boost his World Cup chances.

With Charlie Austin, Sofiane Boufal and Manolo Gabbiadini all ahead of him in the pecking order, Long is likely to be limited to appearances from the bench.

Long is Ireland’s main striker and they will need him fit and firing if they are going to return to the World Cup for the first time since 2002.

And with the likes of Stoke, Newcastle and Swansea all linked with the man from Gortnahoe, it would be no surprise to see him finally leave the south coast.

Ipswich Town are a team seemingly going nowhere in the Championship and David McGoldrick is reportedly looking for a way out.

The striker has just six Ireland caps, but is a consistent goalscorer and netted 16 times last season for the Tractor Boys.

Ireland are not blessed with strikers now Robbie Keane has called it a day, and McGoldrick must be eyeing up his chance.

A Premier League move would be the dream, but even a more progressive Championship club is likely – with the likes of Sunderland and Sheffield Wednesday reportedly keen.