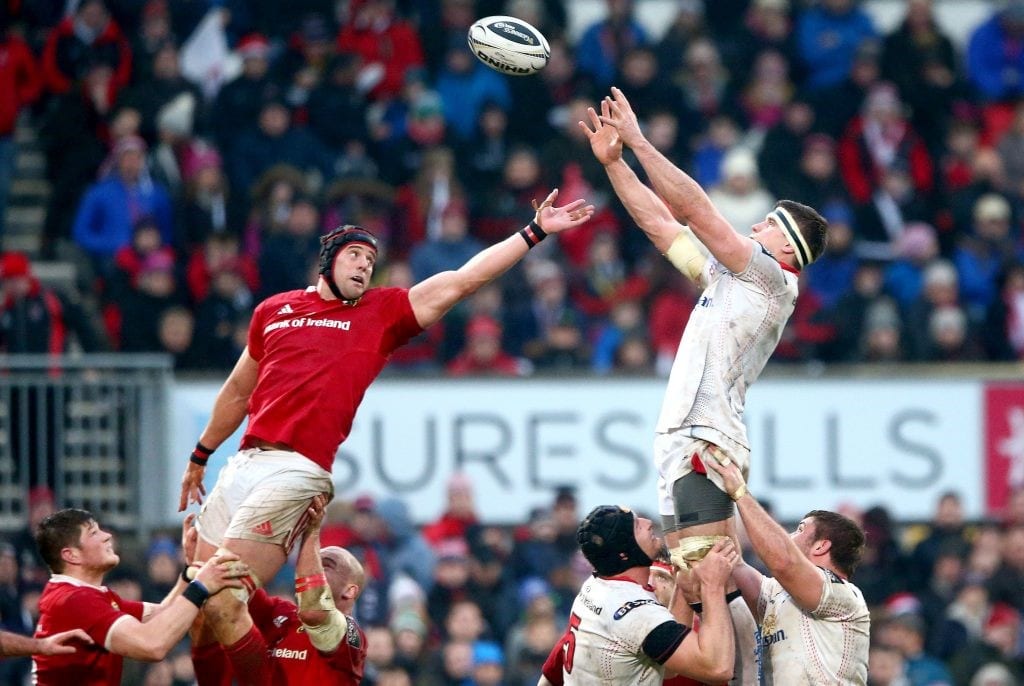 Ireland couldn’t be in for a tougher test when they start their autumn internationals series by taking on the record-breaking All Blacks in Chicago on November 5.

The squad will gather on Sunday following this weekend’s Guinness PRO12 fixtures with players having one final chance to impress Joe Schmidt and his coaching staff in competitive action.

And with two Irish derby matches, there could not be a better opportunity for players to prove why they were selected and push for a starting spot.

Dan Tuohy makes his return to the Ulster side this weekend having not featured for his province since December 2015 due to a long-term injury.

His last international appearance came prior to the 2015 World Cup and he faces the experienced Munster second-row Donnacha Ryan on Friday night.

With Ryan, who has 40 internationals caps, already in Schmidt’s squad for New Zealand, this would be the perfect opportunity for Tuohy to announce his return.

Line-outs and the set piece often prove crucial in these titanic local tussles meaning this second-row battle will be one to watch.

With Jonathan Sexton still proving his fitness ahead of the clash in Chicago, Paddy Jackson has the perfect opportunity to stake his claim against Munster.

He’s already completed the first hurdle by making the squad ahead of his opposite number on Friday night in Ian Keatley.

The Munster fly-half has earned four Ireland caps but never managed to cement a place in the national squad so will be desperate to come out on top in this one.

The Leinster scrum-half was one of six uncapped names in the squad and will be battling it out against opposite number Kieran Marmion at the weekend.

Marmion made just the single appearance during Ireland’s tour to South Africa in the summer, coming off the bench to replace Murray in the 78th minute of the second Test.

A match-up against his rival in the Test squad will give him the perfect opportunity to once again prove his worth to not only Connacht but Ireland.

The latest range of Munster Rugby, Ulster Rugby & Leinster training wear and fan-wear is available to purchase in store and online. CLICK HERE TO SHOP NOW.