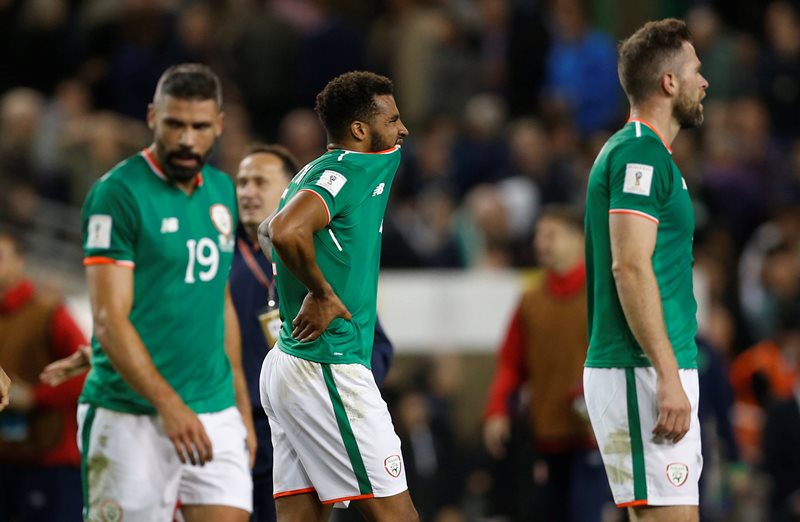 Why Ireland can still qualify for the World Cup

Let’s be honest – the last round of World Cup qualifiers for Ireland didn’t exactly go to plan after a draw in Georgia and a defeat at home to Serbia.

Those results leave the Boys in Green a point behind Wales and five points behind Serbia at the top of the standings.

Two wins from two against Moldova and Wales is the only realistic way Ireland can stand a chance of booking a ticket to Russia next year.

But, before you start fearing the worst, here’s three reasons why you could be cheering on Ireland at the World Cup in 2018.

Been there, done that

Martin O’Neill’s squad is packed with experience and many know exactly what it takes to qualify for a major competition via the play-offs.

The 30-man strong squad has amassed more than 800 caps with many of the team helping the side overcome Bosnia in the Euro 2016 qualifiers.

The likes of John O’Shea, Stephen Ward, Aiden McGeady, Glenn Whelan and Shane Long also helped Ireland make the 2012 Euros and their previous experience at handling this sort of pressure should fill fans with confidence.

The task is clear

Knowing what you need to do to qualify should keep Irish minds firmly set on themselves and not worry about teams around them.

Beating Moldova and Wales will guarantee Ireland finish second in Group D and should keep Irish eyes firmly set on the prize of making it to Russia next June.

Ireland needed a result against World Cup winners Germany in the Euro 2016 qualifiers to make the play-offs and did just that so the omens are looking good.

There’s a real blend of old and young in the Ireland squad and their talent cannot be doubted.

Stephen Ward, Shane Duffy, Jeff Hendrick, Robbie Brady and James McClean have made fine starts to their Premier League campaign and should have enough to collect six points.

Heading to Wales and getting a win is a lot easier said than done but without the injured Gareth Bale, Ireland have more than half a chance of progressing to next year’s World Cup.