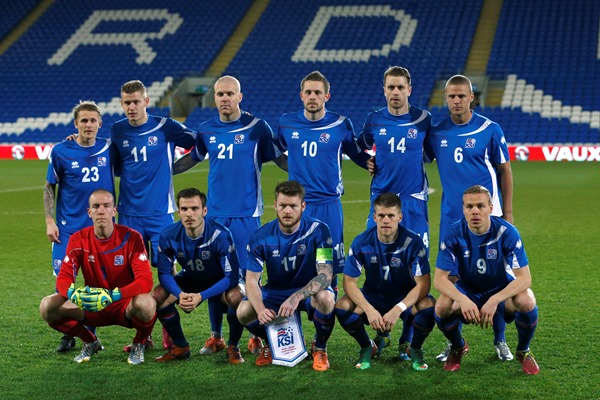 Iceland might be the fairytale of Euro 2016 but experienced manager Lars Lagerback has added a little spice to their opening clash with Portugal with his comments on the theatrics of Cristiano Ronaldo and Pepe.

The Portuguese duo would feel at home in Hollywood according to the veteran Swede, so it will be interesting to see if those comments draw a reaction.

Iceland have the smallest population in the competition, but qualified second in Group A, including home and away wins over the Netherlands.

Portugal, meanwhile, topped Group I despite a home defeat to Albania, winning their remaining seven games.

Winger Birkir Bjarnason is another who will play a major role and can fill in on either side. The main concern is the fitness of striker Kolbeinn Sigthorsson, Iceland’s main goal threat, who has endured an injury-hit season with Nantes.

For Portugal, a number of big names are absent either through injury or lack of form including the likes of Fabio Coentrao, Tiago and Raul Meireles.

That will place even more pressure on Ronaldo, who is set to start up front with Nani, but there is also a lot of expectation on Bayern Munich-bound youngster Renato Sanches and he could be a wildcard option off the bench.

Often used on the wing or as a second striker under the previous regime, Sigurdsson has been shifted into the middle of the park under Lagerback.

That has worked to great effect, and his partnership with Gunnarsson was key to qualification for Iceland.

A fine long-range shooter, and fresh from scoring nine goals in the second half of the season for Swansea, Sigurdsson will be a key figure for Iceland, even if he is playing down expectations for the team.

“We haven’t really set ourselves any targets,” he said.

“We’re in a tough group and the biggest achievement for us was to get there.

“So we will enjoy it, hopefully get a good start to the Euros and do as well as possible.”

“It was really good for me personally after Christmas.

“I scored some goals at an important time of the season and I was really happy to get into double figures.

“It was great to be peaking in form just before the Euros, and now I want to take that into the tournament.”

He might be enemy number one with many football fans after his antics in the Champions League final but Pepe will be a key figure at the back for Portugal.

Bruno Alves’ red card in the friendly with England probably cost him a starting role, so instead Pepe will likely line up alongside Ricardo Carvalho.

While he has been known to lose his head on more than one occasion, and his diving angered Lagerback, the Real Madrid centre-back arrives full of confidence and is bullish on Portugal’s chances.

“We are high on confidence,” he said. “A lot of our players have won trophies at club level. Myself and Ronaldo won the UEFA Champions League with Real Madrid and it’s good to have this winning mentality in a squad.

“We’re 23 players who will each give our all to help Portugal win and we dream of lifting the Euro 2016 trophy. We have a mix of young and older players. I’m 33 but you never lose the ambition of wanting more, wanting to do more for Portuguese football.”

This will be the third meeting between Iceland and Portugal after coming up against each other in Euro 2012 qualifying.

Portugal won both of those games, claiming a 5-3 victory in Porto, having won 3-1 in Reykjavik the previous year.

Helder Postiga, who is not part of the Portugal squad, scored in both games.