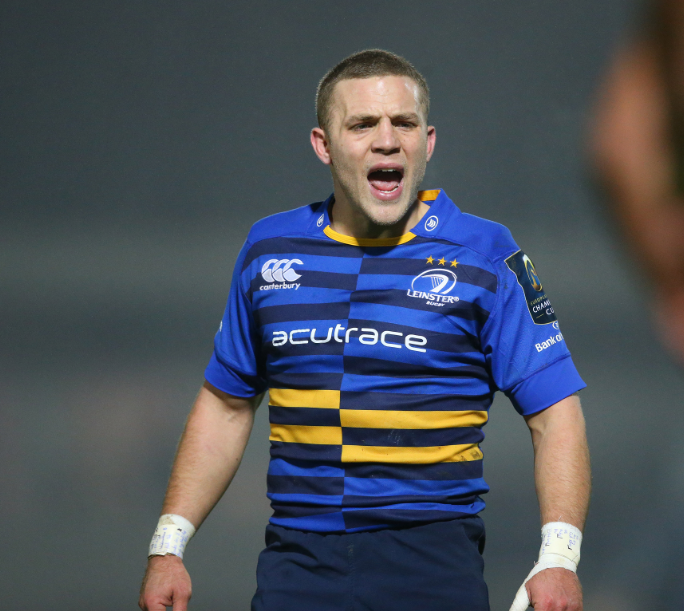 Ian Madigan On The New Wave of Leinster Talent

Saturday saw a new look Leinster side claim an impressive Champions Cup win over Bath in-front of the home crowd at the RDS. This week, we caught with Ian Madigan to discuss Leo’s cubs and the new wave of talent coming through the Leinster ranks.

Regardless of the fact that we were out of the Champions Cup, it’s always a huge honour to represent Leinster at the RDS. And the manner in which we beat Bath, with six new home-grown guys out of the academy getting their first European start, was extremely satisfying.

Garry Ringrose is a very, very good player – he is only 20 years old but he acts as if he’s been a professional in the game for the last ten years!

He leaves nothing to chance, any time he picks up a knock he is straight in with the rehab and the physio guys getting himself set. He is one of the last to leave the field in training, whether it’s working on his kicking, his defence or anything else, and on top of that he is a really humble guy.

I think he was ready last year but Matt O’Connor was very conscious of the fact that and didn’t want to push him too soon at the tender age of 19. He’s probably bearing the fruits of that now.

The sky is the limit for him but he’s not the only young player Leinster are lucky to have.

They are right through the spine of the team. In Peter Dooley, James Tracy and Tadhg Furlong we’ve got three quality front-rows and for them all to be under the age of 25 is very exciting. Ross Molony was calling the line-outs and, to put in a performance like that already, he will be a big player for a very long time at Leinster. Luke McGrath at scrum-half had been knocking on the door for a long time also.

It’s very hard to put a finger on individual things that went wrong for us in Europe this year – it’s probably a combination of being in a hard group, a change in coaches which can obviously take a bit of time to adapt to. And with a lot of guys away because of the World Cup at the start of the season, there was probably a hangover from that.

When you put all that together, I think Europe came a little too soon for us, if it had started later I think we would have been better prepared and it could have been a different story.