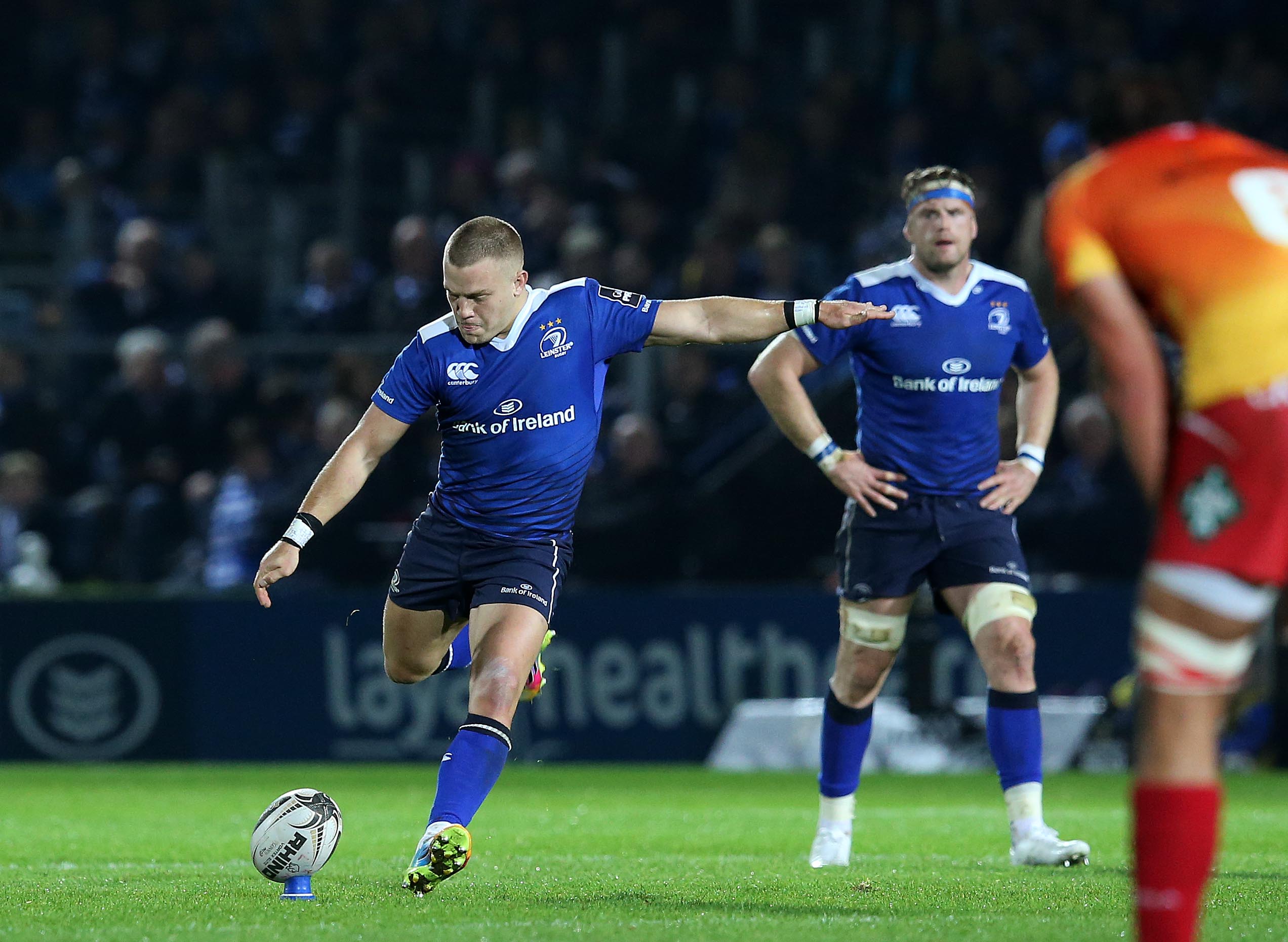 LEINSTER is an exciting place to be at the moment. We are playing a more expansive game, we are kicking the ball less and it is a system that suits the team that we have. Leo Cullen was an influential member of the coaching team last year and he has introduced a few good things since taking over as head coach. The league is the bread and butter for us and we just missed the mark last year – we only won two games on the road, which was quite disappointing. When you put yourself under pressure like that you have to work hard until the end of the season. We found it difficult to get the ball over the line and hopefully we will be in the mix coming into the semi-finals this year.

It’s great having Isa Nacewa back at the club. He is there for the whole season and he is very influential to the squad. That is something that you want from your captain, he is a player who was there when I was breaking into the Leinster team and he gave some great advice. He is someone I have always stayed in touch with, he is certainly someone I am glad to see back at the club.

It was really disappointing to exit the World Cup at the quarter-final stage with Ireland. We went away for five days afterwards, then came back for our first week in training with the coach. We are just trying to focus on the positives that we can take from the World Cup and it does help you get over it. There is always something you can do in a game.

I know if we played that game again against Argentina, we would come out on top of the scoreboard.”

At that level you cannot give a team a big head-start; we were really up against it when we did that.  I think we showed throughout the game that we could go toe-to-toe with them in the match and we could have gone on and won the game. It certainly was not a case that they were too good for us.

But there were lots of positives to come out of the competition for Ireland. The young lads coming through are definitely a positive and for them the next World Cup is going to be huge. Iain Henderson, Robbie Henshaw – these guys really stepped up and they will be established guys by the time the next one rolls around. Without a doubt having some experience under their belt will help for the next World Cup.

The European Champions Cup is also great for getting that sort of experience and this year’s competition should be brilliant. It is a special competition and every team ups their game by ten percent across the board. We have a tough group, with Bath, Toulon and Wasps, but if you look across all the groups there is quality in them all.  I wouldn’t say it is a group of death – it is an exciting group and we will take it one game at a time. We are not daunted by the group we are in but we will certainly be respectful of the opposition who we are coming up against. We got to the semi-final last year with guys who have won the Heineken Cup before in our squad, so we will just stick to our process.

Life Style Sports is the official retail partner of Leinster Rugby. The number one Irish sports retailer is also offering you the opportunity to win a masterclass with Ian Madigan. Click here for further information.