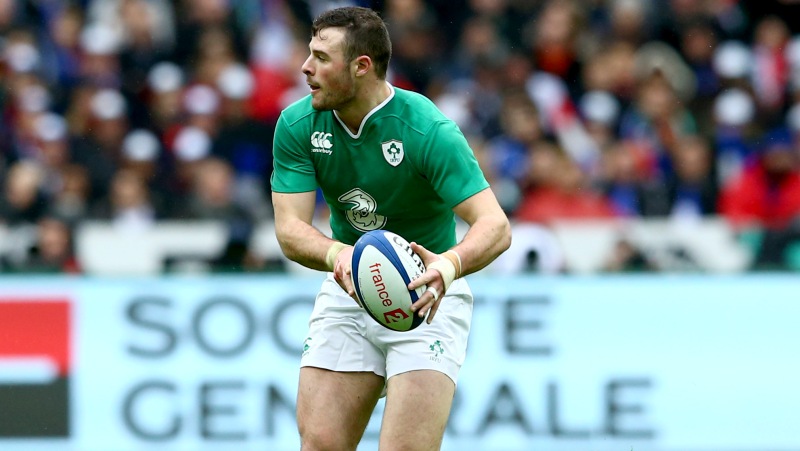 Leinster romped to a 52-0 victory over Zebre last time out in the Pro12 but head coach Leo Cullen has masterminded an even bigger victory this week by landing the signature of Robbie Henshaw.

There is no denying Henshaw is one of the hottest properties in Irish rugby.

The Connacht centre was even touted as the man to fill Brian O’Driscoll’s boots not too long ago, before Ireland head coach Joe Schmidt decided to deploy the towering 22-year-old at inside centre rather than in the No.13 jersey.

However, Henshaw could well have the opportunity to walk in the legendary BOD’s shoes at provincial level after swapping Galway for Dublin.

“We are delighted to have secured Robbie’s signature for the next three seasons,” said Cullen.

“Robbie is a huge talent and we have all seen that over the last few weeks and months with Ireland in the Six Nations and during the World Cup.

We look forward to welcoming him into Leinster when this season is over and I am sure that our supporters would echo that view.”

Those supporters need a thing or two to cheer about this season, after following up their Pro12 title in 2014 – won on home soil at the RDS – by missing out on the play-offs altogether last season.

Couple that with an early exit from the Champions Cup this term and the Leinster faithful could be forgiven for growing expectant.

However, the arrival of Henshaw is certain to bring a smile to their collective face and the man himself is eager to get going – but not before signing off at Connacht with style.

“The support I have enjoyed from the fans in the Sportsground and throughout the province is something that I really value and I want to thank them for four great years,” said Henshaw.

Connacht are sitting in a strong position both in the Pro12 and Challenge Cup and I am determined to play my part to ensure we finish the season out on a high.”