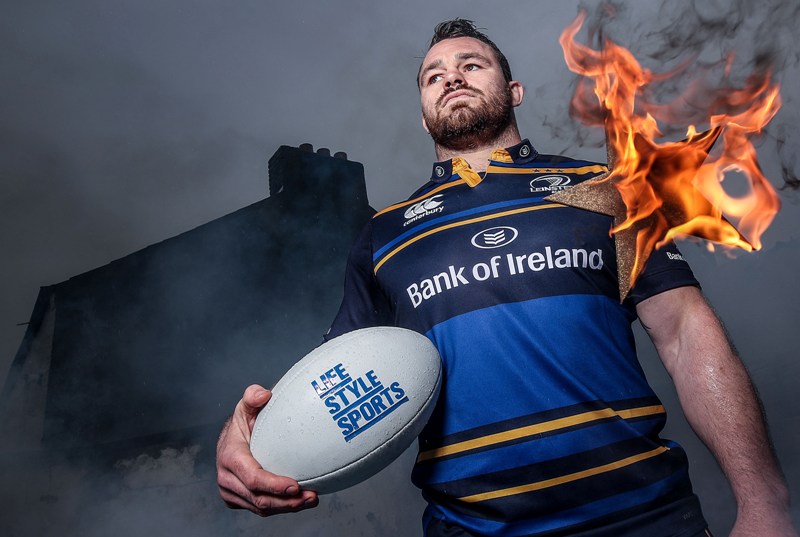 Leinster’s forwards cannot just hope to match the Wasps pack, they’ll need to get the upper hand according to Leinster and Ireland prop Cian Healy, who was speaking ahead of Leinster’s crunch European Champions Cup quarter-final at Aviva Stadium.

Leinster take on Wasps on April 1st as they go in search of an incredible fourth European title which would make them the joint-most successful club in the competition.

Leinster first lifted club rugby’s most prestigious trophy in 2009 before historic back-to-back successes in 2011 and 2012.

Life Style Sports is calling all Leinster Rugby fans to get involved in their Fuel the 4th fan campaign in the club’s bid for European glory by asking them to post messages of support to their favourite player using #FuelThe4th.

The winner with the most inspirational post & 3 of their mates will watch Leinster take on Wasps in their very own bespoke premium level box in the Aviva Stadium on April 1st.

It’s a money can’t buy fan experience to encourage fans to get behind the Leinster team and Healy knows a packed-out Aviva Stadium could make all the difference.

“I think it’s a great opportunity to get the fans involved in the build-up and get a bit of hype going around the quarter-final,” Healy added.

“It’s one of those stadiums that as the noise goes up, it’s really felt on the pitch, the feeling in the stadium is great, it adds another dimension to the game.”

Come the 1st April, Wasps will face a baptism of fire. It’s time to turn up the heat. #FuelThe4th pic.twitter.com/QLCaqIwlAY

Victory would see a fourth gold star on the Leinster jersey next season and after cruising through their pool with four wins, a draw and one loss, Healy and co were drawn at home against English league-leaders Wasps.

And with a powerful visiting front five desperate to get on their side on the front foot, Healy knows only a huge performance from the Leinster pack will be enough.

“Wasps are a big powerful unit, have a strong scrum and big ball carriers, we are going to have to do our homework on where we can break them down,” Healy explained.

“We don’t go looking for parity, we want to impose our game on the opposition and be the dominant side, we back what we have and the depth of players to go up against any scrum.

WIN tickets to @leinsterrugby v @WaspsRugby and watch from a box with your mates! Tweet your support to be in with a chance! #FuelThe4th pic.twitter.com/8wzTfSgFoA

“When you finish the Six Nations like we just did, you have that winning mentality and can harness that and bring it into the Leinster camp give the whole squad a boost.

“It’s nice to be home and training with the lads you know best, it’s day in and day out but there’s no tough part about being back.”