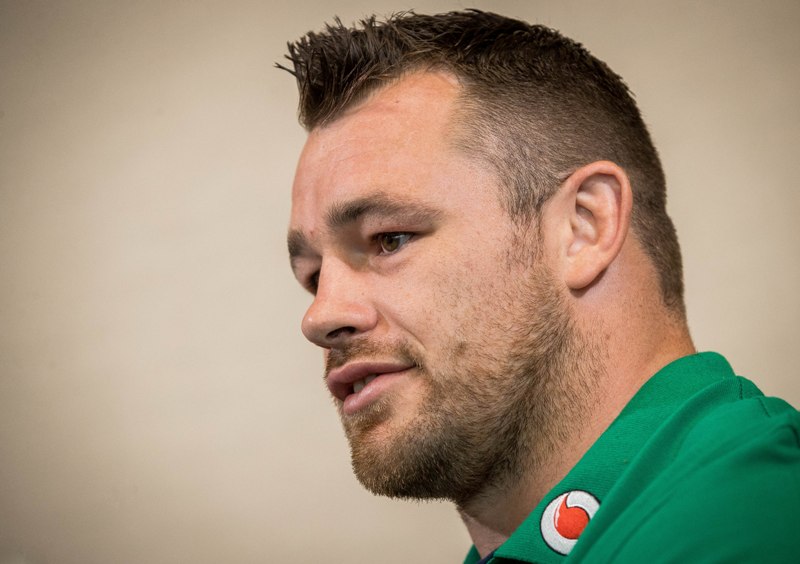 Healy excited by Ireland’s young talent ahead of Japan

With a number of Ireland’s key figures away in New Zealand on Lions duty, Cian Healy is thrilled to see a host of uncapped players given a chance to show what they can do on the tour of the USA and Japan.

The Boys in Green started the summer in perfect fashion with a 55-19 over the United States and now travel to Shizuoka and Tokyo to take on the next Rugby World Cup hosts for two Tests as they look to blood some new talent.

Ireland’s squad sees a blend of young and experienced heads thrusted together, with no fewer than eight uncapped players in line to make their debuts.

Healy, who will go into the Tests as the most experienced member of the touring party with 67 caps to his name, is looking forward to facing Japan ahead of their World Cup showdown in two years’ time.

“I’m really looking forward to the tour. I have never been to Japan before, so it should be a good experience,” the prop said.

“Japan are a good team with plenty of promise – it is a good chance to get to know the what they’re about, especially with the World Cup round the corner.

“We want to put our best foot forward and play some great rugby. It is exciting to come to Japan, who are in our pool, and I cannot wait to see what we can do.”

Young talent gets chance to shine

But despite big names missing from the Emerald Isle’s team sheet, Healy is confident it can only be a good thing to let other players flourish on the international stage.

The 29-year-old said: “With a number of players away at the Lions, this is a great opportunity to help bring through some very promising young players and build on the big pool of talent that we have.

“We are looking to work on different strategies and these matches will give us a great chance to help us move to the next level.

Great to see @JacobStockdale get his first Irish cap & a try to boot,well deserved! Congrats to all the lads on their first caps @IrishRugby

“They are really keen to impress, which is a great thing – we just need to make sure they don’t go too hard in training and don’t push themselves too far.

“It’s an exciting time going forward and to see we have such strength in depth – maybe 50 per cent of the regular squad is not here.

“We can go into the World Cup in two years’ time with players already having Tests under their belts and gaining that experience.”

The Leinster prop made nine starts for the Blues last season in a campaign which ultimately ended in disappointment for the province after they went down to Scarlets in the semi-finals of the Guinness PRO12.

But Healy remains positive and believes he is entering the post-season international tour in good shape.

He said: “On a personal note, I’m in great shape and feeling good going into the tour. I just want to keep going and help the team as much as possible – we have plenty of experienced guys in the team looking to help the youngsters and I’ll do as much as I can on that front.”