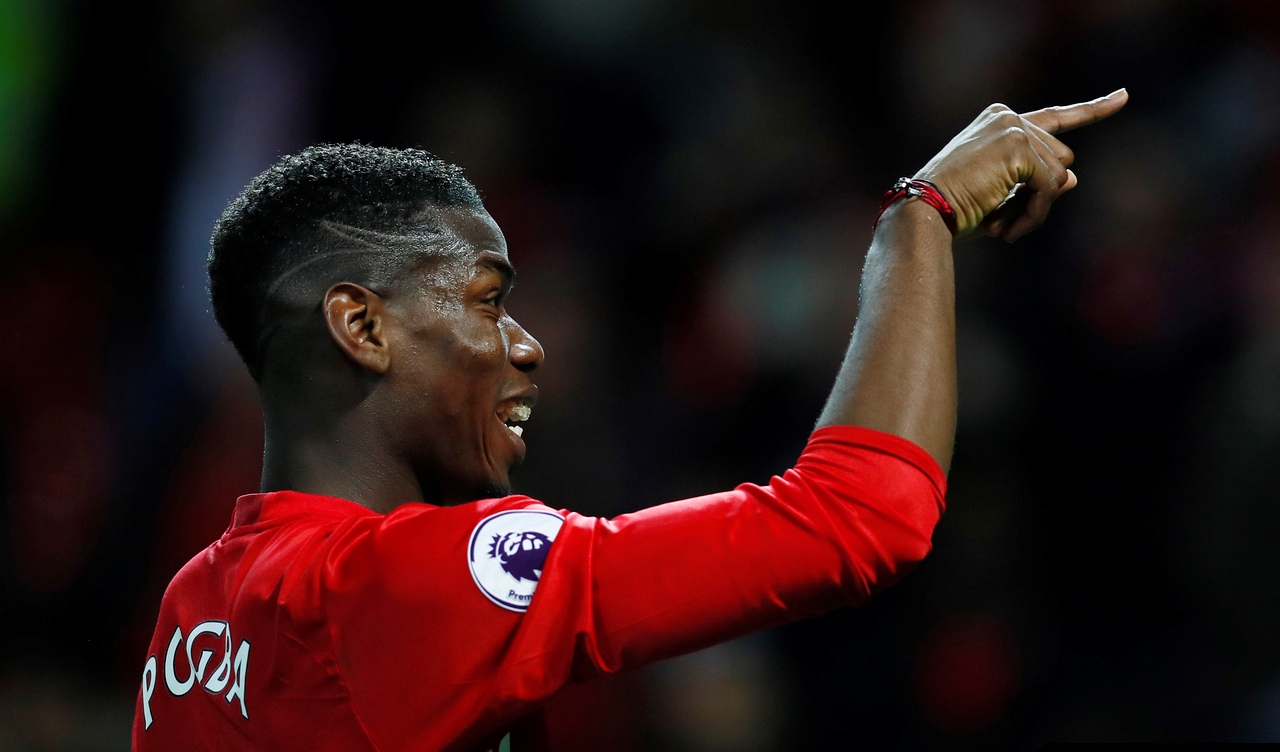 Manchester United versus Liverpool is arguably the biggest Premier League clash of them all and will attract viewers from all around the world as these two title contenders clash at Old Trafford on Sunday.

And you can be sure that the majority of eyes will be on the two players that more often than not make their respective teams tick – Manchester United’s Paul Pogba and Philippe Coutinho for the visitors.

There are similarities between the two with both taking time to settle into the Premier League, both being neat and tidy on the ball and both having an eye for goal.

However, while they would surely both take a spot in a combined Manchester United and Liverpool XI, we are going to do our best to discover which one you would really want in your team.

It’s like picking your favourite flavour of Ben and Jerry’s ice cream – it’s almost impossible. But bear with us…here goes nothing… 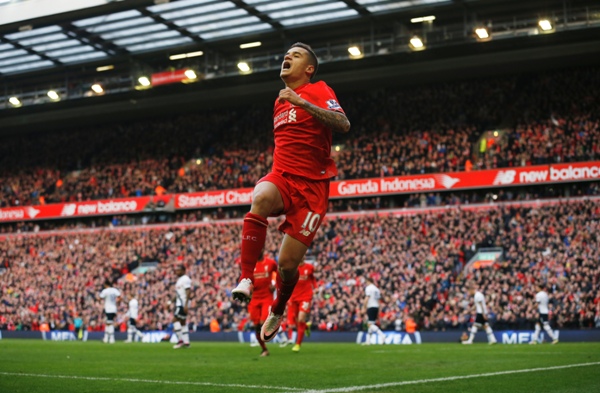 Pogba’s slow start to life back in Manchester could have been due to the fact that he was weighed down by the tag of being the world’s most expensive footballer. Manchester United paid £89million to bring the Frenchman in from Juventus this summer, which is crazy money whichever way you look at it, only made crazier by the fact that the Red Devils had him in their youth system before letting him go to Italy in the first place. As for Coutinho, he cost just £8.5million as the Brazilian swapped Inter Milan for Liverpool back in 2013. He might have been disappointing for a couple of seasons, but that looks like a bargain now as the 24-year-old has come of age under Jurgen Klopp. 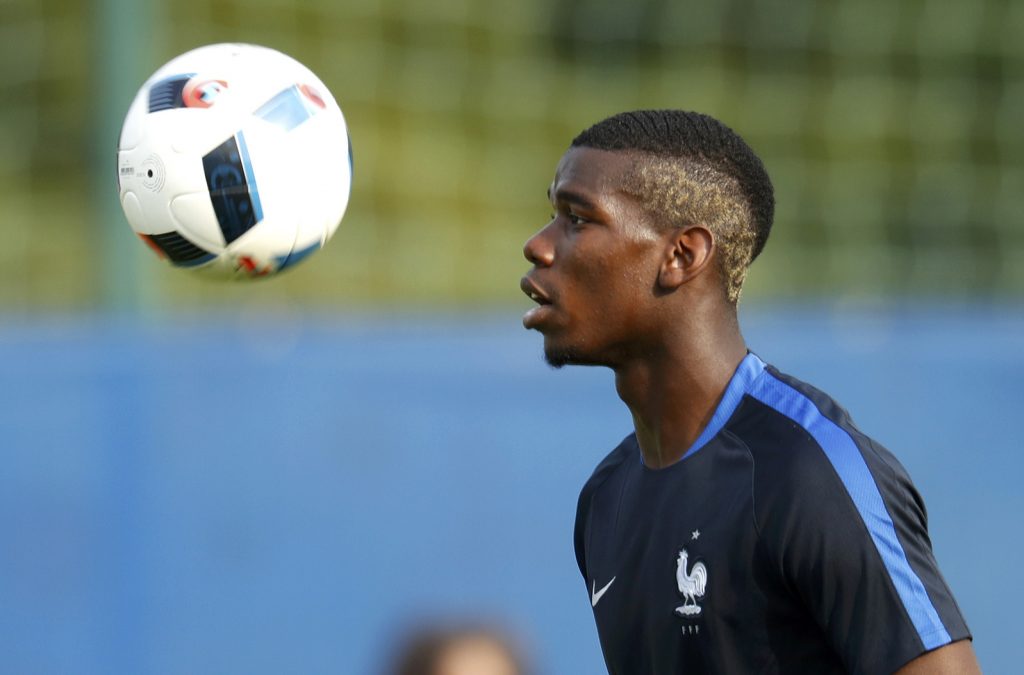 As each game passes Pogba looks more and more at home in Jose Mourinho’s Manchester United machine. He was everywhere on Tuesday night against Hull, crashing a free-kick against a post, having a long-range effort tipped over the bar as well as sweeping a fine pass out to Antonio Valencia in the lead up to Juan Mata’s goal and releasing Wayne Rooney on goal with the pass of the match. He is also forming a formidable understanding with Zlatan Ibrahimovic. Coutinho on the other hand has not played a competitive match since November, although he is likely to feature against Southampton this evening. On current form Pogba just edges this one, and it will be interesting to see how Coutinho fares on his comeback. 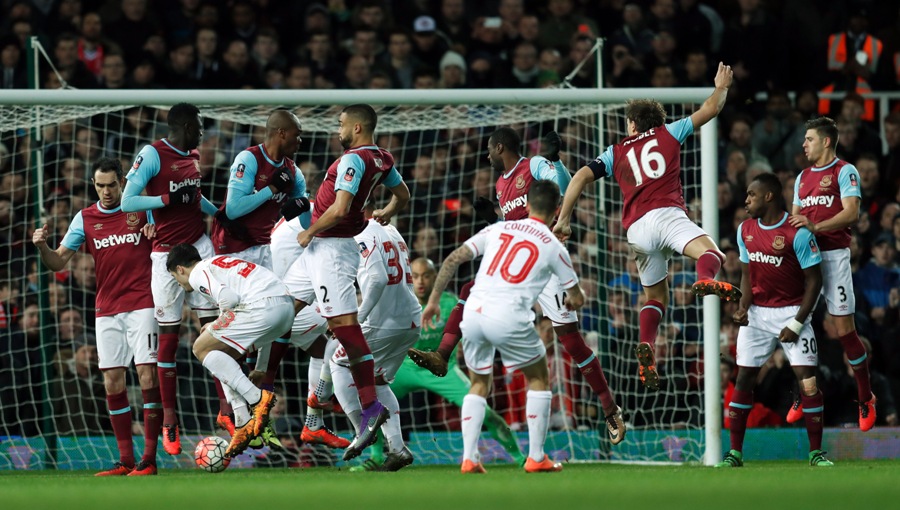 Both Pogba and Coutinho are capable of scoring brilliant goals from nearly anywhere on the pitch it seems, and in the stalemate back at Anfield in October it was the latter who came closest to scoring with a superb drive from distance that David De Gea needed to tip over the bar. Pogba has scored eight goals to Coutinho’s six, but bear in mind that the Frenchman has featured in nearly twice as many games and the stats are a little more blurred than they already seem.

At 23 and 24 years old respectively, the future is certainly bright for Pogba and Coutinho whatever happens. Pogba has 44 France caps already, while Coutinho has featured 23 times for Brazil and is becoming more and more influential as the older guard hang up their boots. Pogba also won four-straight league titles with Juventus, while his time at Inter Milan saw Coutinho pick up just one Italian Cup crown. Their CVs are likely to be added to in the decade or so that follows, but whether they can add a Premier League title later this year only time will tell.

Perhaps an unfair comparison, but when you pay big money for a player you expect some kind of reward off the pitch too. And this is where Pogba comes into his own. Forever on social media, changing his hair style or creating inventive goal celebrations – there are few players who offer what Pogba does away from the pitch. Yes he cost a lot of money, but shirt sales have helped Manchester United recoup a fair chunk of that.

Both players are capable of winning a game on their own, but for his all-round ability to shape a game at both ends of a pitch, we think Pogba just – and we mean JUST – edges this one. Harsh on Coutinho who is becoming a very important player for Liverpool and their ambitions under Klopp, but the world’s most expensive player is looking more and more comfortable in the red of Manchester, and could just prove that in front of his adoring fans this weekend.