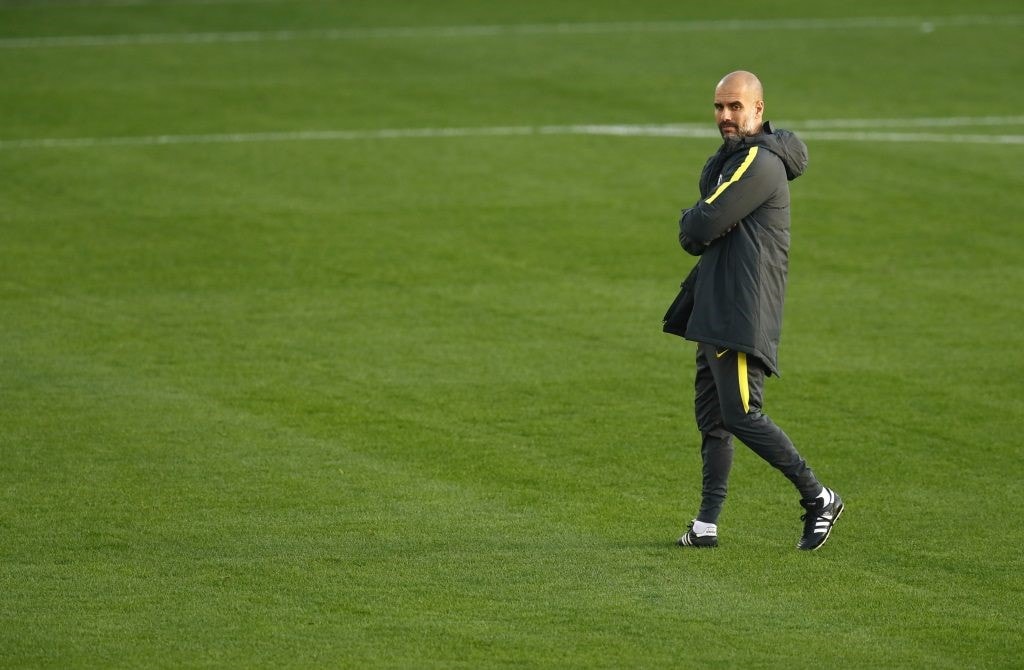 Pep Guardiola’s return to the Nou Camp as Manchester City manager didn’t quite go as planned, a 4-0 loss and Claudio Bravo sent off, left him with plenty to think about.

Two weeks on and the Spaniard has the chance to gain revenge over the side he led to Champions League glory in 2011 when Barcelona arrive at the Etihad Stadium.

The 45-year-old manager had an incredible Barca team at his disposal when he lifted the Champions League in 2011 after beating Manchester United 3-1 at Wembley.

And just months into his tenure in Manchester, how does the team he is developing in sky blue compare to that legendary squad of 2011? We take a look.

Claudio Bravo’s sending off at the Nou Camp means Willy Caballero will be between the posts for Guardiola on Wednesday. City’s third goalkeeper is Englishman Joe Hart who has been sent out on loan to Italian club Torino.

None can compare to the achievements of Victor Valdes.

In the 2010-11 season, he helped Barcelona to the La Liga and Champions League double and the squad went on to win the Uefa Super Cup and the Club World Cup.

Internationally he helped Spain with the 2010 World Cup with Spain and Euro 2012, and at peak age, condition and form, would walk into Guardiola’s current City team.

Dani Alves and Eric Abidal flew up and down the flanks for Barcelona in that 2011 final against United providing attacking threat as well as defensive stability.

Pablo Zabaleta and Aleksandar Kolarov are both effective Premier League defenders but have rarely sparkled in the Champions League.

Centrally Javier Mascherano was thought to be prone to defensive lapses, similar to Nicolas Otamendi at the back for City while Gerard Pique has more big-game experience over the up-and-coming John Stones who many are tipping to be an international star of the future.

The Spanish trio of Xavi, Andres Iniesta and Sergio Busquets were arguably the strongest midfield three of the modern era.

Like Valdes they won silverware for fun with Barcelona and Spain and it’s hard to see how any of the current City squad would displace them.

Without that trio, Guardiola is trying a different style with Fernandinho, Ilkay Gundogan, Raheem Sterling, David Silva and Kevin De Bruyne attempting to provide a different type of threat.

Sergio Aguero is Manchester City’s main man and probably the only player who would have started for Guardiola in 2011 had he been available.

The Argentine striker became the 25th player in Premier League history to score 100 goals last season and was the second quickest to reach the landmark.

While Lionel Messi is irreplaceable, neither David Villa or Pedro can compare to Aguero’s incredible scoring record.

The striker didn’t start against Barcelona at the Nou Camp, with Nolito preferred by Guardiola, but the Spaniard will surely bring back his main man for Wednesday night.

YOU CAN SHOP THE NEW MAN CITY SHIRTS AND BARCELONA JERSEYS ONLINE WHERE YOU CAN ALSO GET YOUR SHIRT CUSTOMISED WITH YOUR FAVOURITE PLAYER’S NAME.