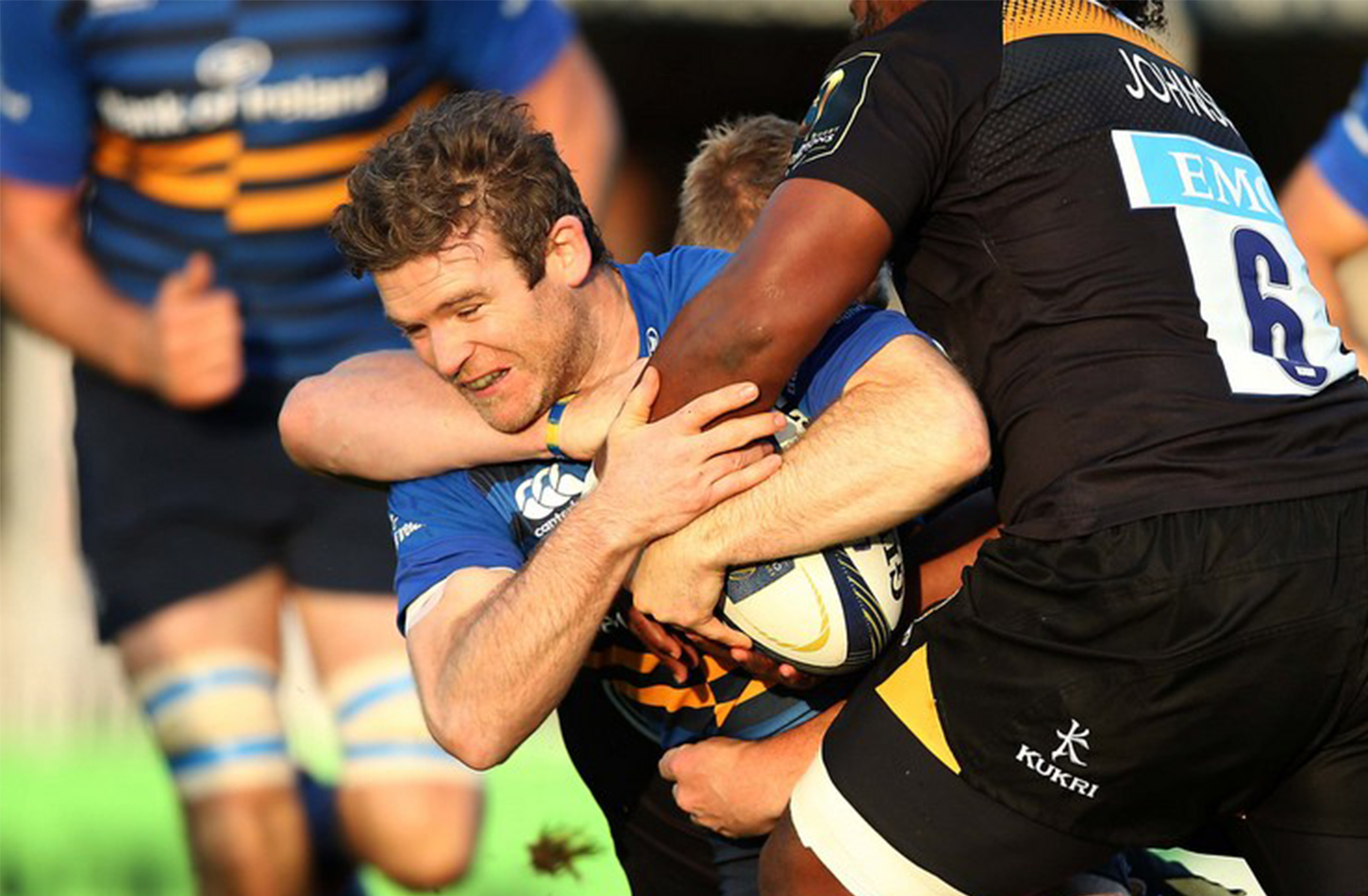 GORDON D’ARCY ON THE BUSINESS END OF THE SEASON

Leinster face two crunch back-to-back games in the coming weeks. We have been talking to Gordon D’Arcy about what impact home advantage has on crucial games towards the business end of the season.

Q. HOW IMPORTANT IS THE HOME ADVANTAGE WHEN YOU TAKE ON THE FORM TEAM?

A. It’s very important. You’re not expecting to get too much off these guys and you’re not expected to give too much either, Glasgow Warriors are playing good rugby. There are a lot of guys who have been involved with the Scottish team especially in the back row and they have just been playing well for the last number of years.

There is even the psychological battle of it as well; we may get these guys in the semi- finals or hopefully in the final so you really want to be setting down a marker now. There is a lot of under-current in the run up; you just need to send out a marker to say, “We mean business!” at the end of the season. We may not have been playing brilliantly but we are here and we plan on doing something in the run up. For me it’s about winning trophies and being in the position to win something.

Q. WITH THE QUATER FINAL AROUND THE CORNER, WILL THE GLASGOW WARRIORS GAME TAKE SECOND PRIORITY?

A. It’s a nice way to build up to the Quarter Final. Having a tough game before a Champions Cup game is a good way to build towards that particular game. It works nicely that we always have that game against Munster in September before the European games in October and that’s great preparation. It dovetails nicely and it’s good to have those tough games back- to- back. It does work out nicely and everyone will get some big game- time, with some of the lads having some rest off the back of the 6 Nations and other guys coming who haven’t had as much game time.

A. Yes and No. It’s a bigger environment but at the end of the day it is still packed with Leinster supporters, they make just as much noise in the RDS as they do in the Aviva. I guess at the Aviva you may have a more comfortable seat to sit on.

Our fans have been fantastic, whether we win or lose, they come back week after week to support us. We are kind of at that stage now where we want to give them something to cheer about. With the back to back games we need our fans as much as they need us so we need to get them in, cheers us along and be that 16th man around the pitch.

Q. WHEN YOU’RE 5 METERS OUT AND THE FANS ARE SCREAMING OUT, CAN YOU ACTUALLY HEAR THEM?

A.  Absolutely, that’s a really psychological moment in games when it is almost like you have scored 8 or 9 points and then you have the conversion to come. For the team defending against that, when you can’t talk or can’t hear and you end up tackling the same man and some pops over in the corner, it’s a real psychological boost to the home team. It can be that extra little kick to the visiting team. They’re thinking, “These fans are behind them and we will struggle to break their defence and turn it around.”

Q. THE BATH COACH IS MIKE FORD, THE FORMER IRISH INTERNATIONAL DEFENCE COACH. DID HE HAVE A BIG INFLUENCE ON YOU WHEN YOU WERE A YOUNG PLAYER?

A.  Yeah he is a guy I learnt a lot from, mainly with defence and the way to play as a younger player and helping me with that transition from a full back or winger to the number 12 position. It’s a fairly big jump and an interesting thing to do halfway through a career. He was very helpful to me and we had a lot of fun and good memories together.

Bath at the moment are becoming one of the top teams in the Premiership and you look at the young guys in the back line, like Watson and Joseph as well as the young Ford at number 10. He actually used to catch passes from me when he was a kid. Then you obviously you have all the big forwards, they have a big pack. They are a typical English team with their big pack but they have the x-factor in their back line. Then they have strength in depth as well. We’ll have to be on top form with a vocal crowd behind us to win.