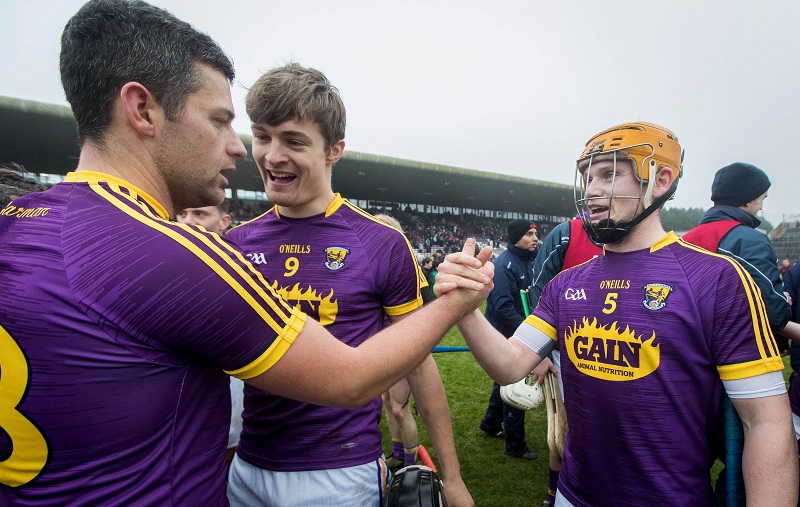 Wexford will lock horns with old rivals Galway for the chance to be named Leinster Senior Hurling champions this weekend at Croke Park.

But in the way stand 2012 Leinster Championship winners Galway, who dumped out Offaly to reach their third successive Leinster final.

And as the teams prepare to do battle for a place in the All-Ireland Championship, we take a look at three key match-ups.

Jack O’Connor has been making a name for himself in the half forward role as part Davy Fitzgerald’s Wexford side.

Since Fitzgerald took over last year, O’Connor’s confidence has soared and despite retiring early in the thrilling victory over Kilkenny, Sunday’s match should offer the starlet the chance to shine on the biggest stage.

Curiously, O’Connor was a mascot for the Model County 20 years ago when Wexford beat Kilkenny to the Leinster title – he’ll be hoping to replicate that winning feeling on Sunday.

Yet Conor Whelan will be hoping to spoil the O’Connor party as he heads into the Leinster final in fine fettle.

Whelan was majestic against Offaly as he notched up seven points from play in a comfortable 19-point victory at O’Moore Park.

The free-scoring right-corner forward is having a marvellous season for the Tribesman, hitting five points in the quarter final win over Dublin, and he will take some stopping if he replicates this type of form.

He may only be 27 but David Burke has bags of experience and as Galway captain – he’ll be at the forefront as the Tribesman try to bring home their first Leinster title since 2012.

The midfielder was forced to dictate play from distance against Offaly but with Wexford likely to attack Galway at Croke Park, Burke will be pressured to keep his side ticking along.

In the opposite corner stands Matt O’Hanlon. The centre back bleeds purple and gold, having lined-out for the Yellowbellies in all grades, and will now lead the senior side out in the Leinster final for the first time.

O’Hanlon has been a man mountain for Wexford since Fitzgerald took the helm, helping thrust the Model County from the hurling wilderness into All-Ireland Championship contention.

He produced a heroic display in the semi-finals to help keep the Kilkenny charge at bay and must help defy the odds once more against Galway.

Lee Chin was inspirational in the play-making role around the middle against the Cats in the semi-finals, notching up six points in the 1-20 to 3-11 win over Kilkenny.

His glittering display, including a free from his own 65, must be replicated against one of the meanest defences in Ireland.

The 24-year-old has tasted success at under-21 level but he faces a daunting task when he comes up against Joe Canning.

The All-Star has been a symbol of hope for the Westerners during his nine-year spell and was masterful in the quarter final victory over Dublin, setting up three scores and helping himself to a couple.

The full-forward’s greatness has been a hot topic of debate but the set-piece master is invaluable to the Tribesmen and will be essential if they are to triumph over Wexford.