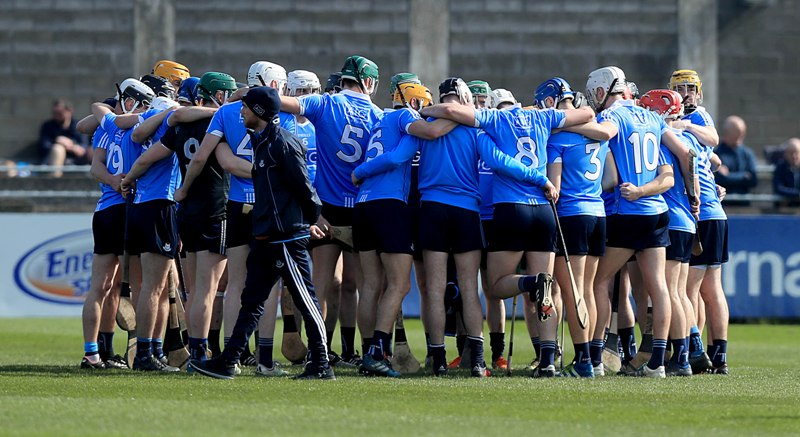 Galway and Dublin gear up for a quarter-final cracker

When you put two teams together who have, between them, made the final of the Leinster Senior Hurling Championship every year since 2009, you can expect fireworks.

That’s the situation for Galway and Dublin this Sunday, as the two face off in the quarter-finals of the competition at O’Connor Park in Tullamore, with both looking to move a step closer to ending Kilkenny’s recent dominance.

The Cats have triumphed in the Leinster Championship, and thus earned a direct place in the semi-finals of the All-Ireland Hurling Championships, for 16 of the past 19 years and each of the past three seasons, defeating Galway in the last two contests, while Dublin fell just short in 2014.

But, with this a rematch of the enthralling Leinster final of 2013 – when Dublin prevailed 2-25 to 2-13 – the road to Croke Park starts here.

So with plenty on the line at O’Connor Park on Sunday, we’ve picked out three key battles to keep an eye on, with current Leinster champions Kilkenny among those waiting in the last four.

The word ‘legend’ gets bandied around all too often these days, but it’s a term that certainly applies to former Galway skipper David Collins.

However, having been dropped from the panel after 12 years this off-season, the challenge now comes in replacing him, with Aidan Harte among the experienced heads looking to step up.

This is the half-back’s seventh year with Galway and after a superb performance by the entire half-back line to help the Tribesmen thrash reigning All-Ireland champions Tipperary 3-21 to 0-14 in the National Hurling League final last month, he will be looking to move a step closer to more silverware.

Only once since 1961 have Dublin claimed the Leinster title, but they certainly had a lot to thank David O’Callaghan for on their way to glory four years ago.

A terroriser of the Galway defence from first whistle to last, notching four points in the process, the now 33-year-old forward has had to battle back from a prolapsed disc just to take to the field this season, one he wants to end on his terms.

‘Dotsy’ also enters the term as one of the senior statesmen in a team currently in transition, though his presence should boost the confidence of the Dubs fans as he faces Harte and a well-disciplined half-back line.

With three All-Star awards and a Leinster Senior Hurling Championship to his name, David Burke knows what it takes to deliver on the big stage.

The midfielder made his Galway debut in 2010 and, now as captain, led the men in maroon to league glory last month, after which he claimed the county’s troubles with inconsistency are now in the past.

It’s his form in the midfield that also stands him in good stead as he has a knack for thriving in the most-pressurised situations and his performances during the 2015 campaign earned him the captain’s armband at the start of last season.

On Sunday, he’ll face off against Darragh O’Connell, an Abbeydorney native who made the move from Kerry in 2015 and whose dedication to his craft had made him one of the best midfielders in the country.

One of few Kerry men with Leinster hurling medals in GAA history – having helped Cuala to provincial club glory last year – his experience in the centre of O’Connor Park is set to be pivotal to Dublin’s chances.

An exceptional keeper is worth his weight in gold and, in Colm Callanan, Galway have one of the finest around.

The 35-year-old is celebrating his tenth season with the side, and with an All-Star honour coming his way in 2015, he shows no sign of slowing down as he eyes up more success.

In the opposite camp is a relative rookie in Conor Dooley, with first-choice stopper Gary Maguire suspended for the contest.

That means Sunday’s clash could well be a proving ground for Dooley and a solid performance between the sticks would stand him in good stead for the rest of the campaign.

And with so much at stake, the difference could very well come in the form of the goalkeepers at O’Connor Park.