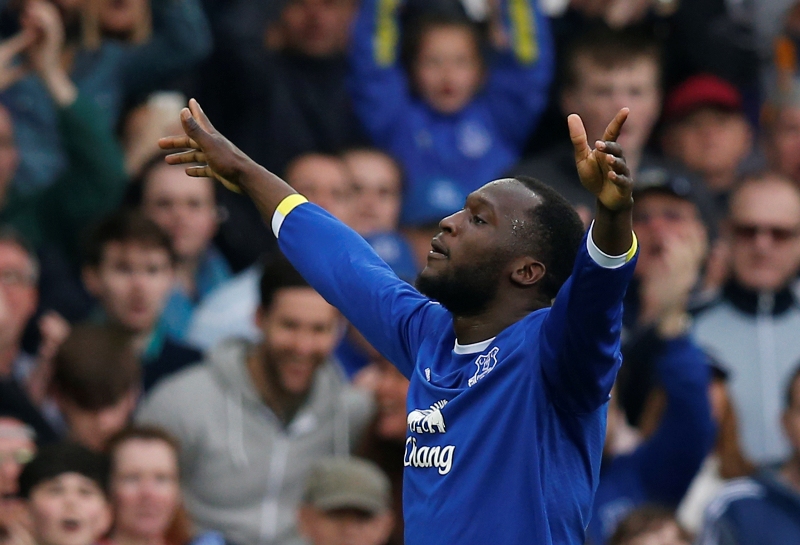 What does the future hold for Romelu Lukaku?

By leading the Premier League scoring charts and pricking ears far and wide by rejecting a new contract at Goodison Park in March, Romelu Lukaku has done little to convince anyone that his long-term future lies at Everton.

The 23-year-old striker, who has found the net times 25 across 35 appearances in all competitions this term, might well be the hottest property around when the summer transfer window opens – you can bet your bottom dollar on it.

And while we’re on the subject of finance, the Belgian’s signature is likely to cost a pretty penny, with Everton reportedly slapping what would be a world-record fee on Lukaku’s head with their eye-watering £100 million valuation.

When Lukaku’s name is mentioned in dispatches regarding moves to pastures new, the one name that won’t go away is that of the club he joined Everton from for £28 million in July 2014.

Having first arrived in England as a prodigiously talented teenager, the Toffees frontman got the chance to play alongside his idol Didier Drogba at Chelsea but Lukaku only managed 15 goalless appearances for the Blues, finding greater joy during loan spells at West Bromwich Albion and then Everton.

Chelsea are reportedly keen to re-recruit their former player, and any bid could be accelerated if Diego Costa’s Stamford Bridge future once again becomes a bone of contention.

Agent Mino Raiola already brokered a world record deal to bring Paul Pogba – a close pal of the Everton frontman – to Old Trafford from Juventus while also bringing another client to the north west in the shape of Henrikh Mkhitaryan.

Jose Mourinho is sure to be in the hunt for extra firepower, particularly with Zlatan Ibrahimovic likely sidelined for months to come.

Lukaku will doubtless have admirers far and wide but United, like Chelsea, are in a select group that wouldn’t baulk at Everton’s lofty asking price.

Who could replace him?

If Lukaku does indeed depart, Ronald Koeman will need to source additions to pick up the goalscoring slack, and the likes of Chelsea’s Tammy Abraham, who is currently pulling up trees on loan at Bristol City, and Burnley’s Daniel Agyei, are two up-and-coming options that have been linked with moves to Goodison.

Stoke City star Marko Arnautovic has revealed that Everton were interested in him last summer while there is speculation that Enner Valencia’s loan from West Ham United could be made permanent, but the Toffees will need a signing to really get pulses racing.

Perhaps Everton need to show ambition and look to capitalise on the uncertainty surrounding the future of Lukaku’s international teammate Dries Mertens at Napoli or bring about a cyclical end to Wayne Rooney’s career and make England’s record goalscorer ‘a Blue’ once again.