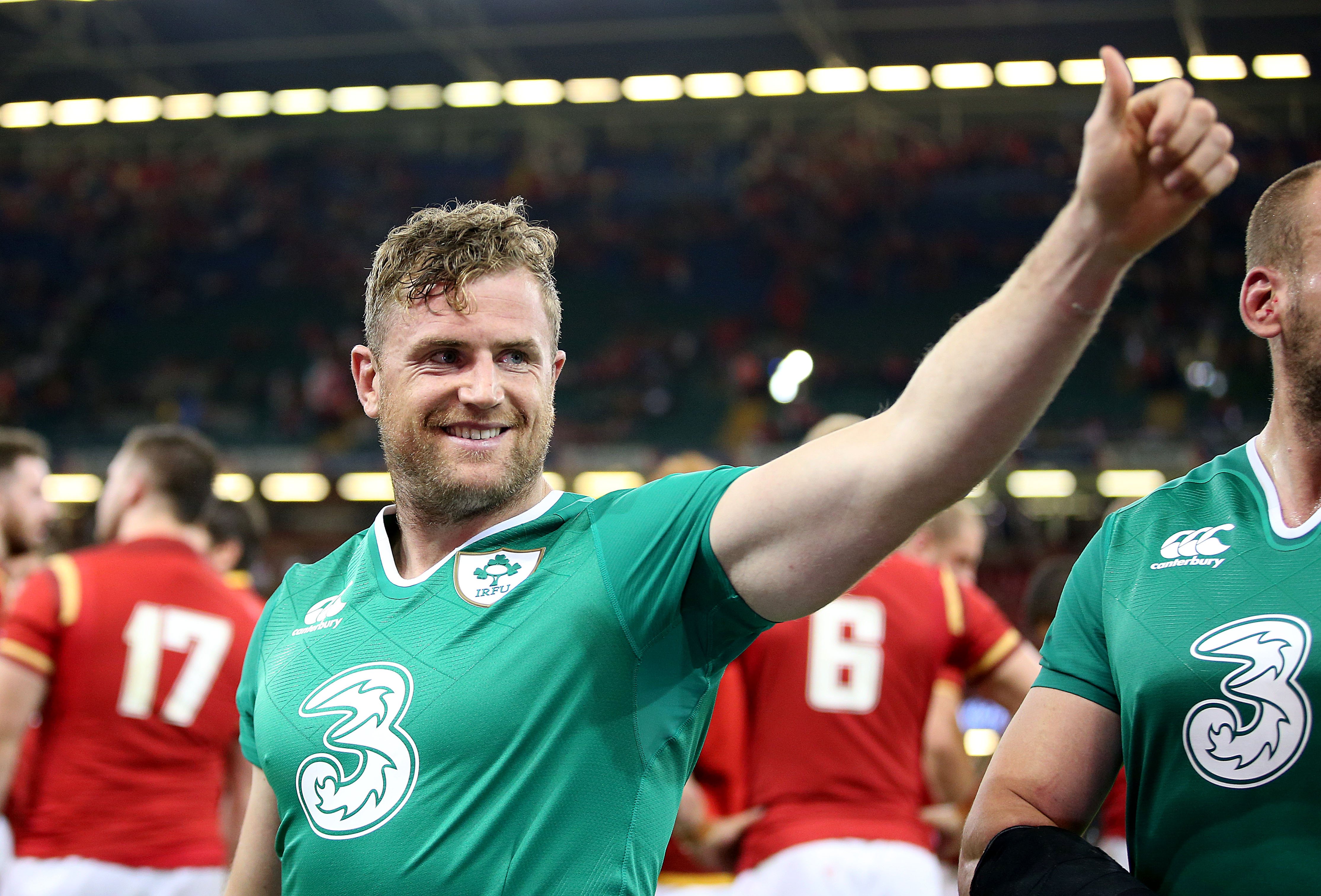 Ahead of Ireland’s clash with Wales this weekend, we look at those who we think will stand up and be counted for the Men in Green when the World Cup gets underway next month. Today it is the turn of No.8 Jamie Heaslip. And while you’re at it, make sure you check out our online store by clicking here to ensure you look the part when the tournament kicks off.

One player Wales will not want to see lining up against them this weekend is Jamie Heaslip after the No.8 showed them exactly what he is all about earlier this month.

Time and again Heaslip has answered Ireland’s call as he has won three Six Nations titles, including the 2009 Grand Slam.

And if his performance against Wales last time out is anything to go by then the back rower is eager to add a World Cup title to his glittering CV.

Heaslip headed to the bench after 54 minutes but in that time he was immense at the set-piece and carried the ball like a trooper.

In that clash with Wales Heaslip eclipsed David Wallace as Ireland’s most-capped back-row forward as he made his 73rd appearance – not that you would have guessed it as you listened to his pre-match comments.

In a weird way I was a little bit gutted to be honest,” said Heaslip of learning he would move past Wallace’s record.

“I was a little bit sad, because I hold Wally with particularly high regard, as a player and as a bloke, but as a back-row guy as well.

“I was a bit sad that I passed one of my idols, and especially in the last World Cup he was one of the guys that I unfortunately saw him play his last international.

“It’s cool obviously, on one side, but I think Wally was probably one of the best, if not the best, back-row player I’ve ever played with or against, and probably the best who played for Ireland.

“Bar his line-out ability. Maybe I can take him on that! But otherwise it was a bit bitter-sweet hearing that, to be honest.”