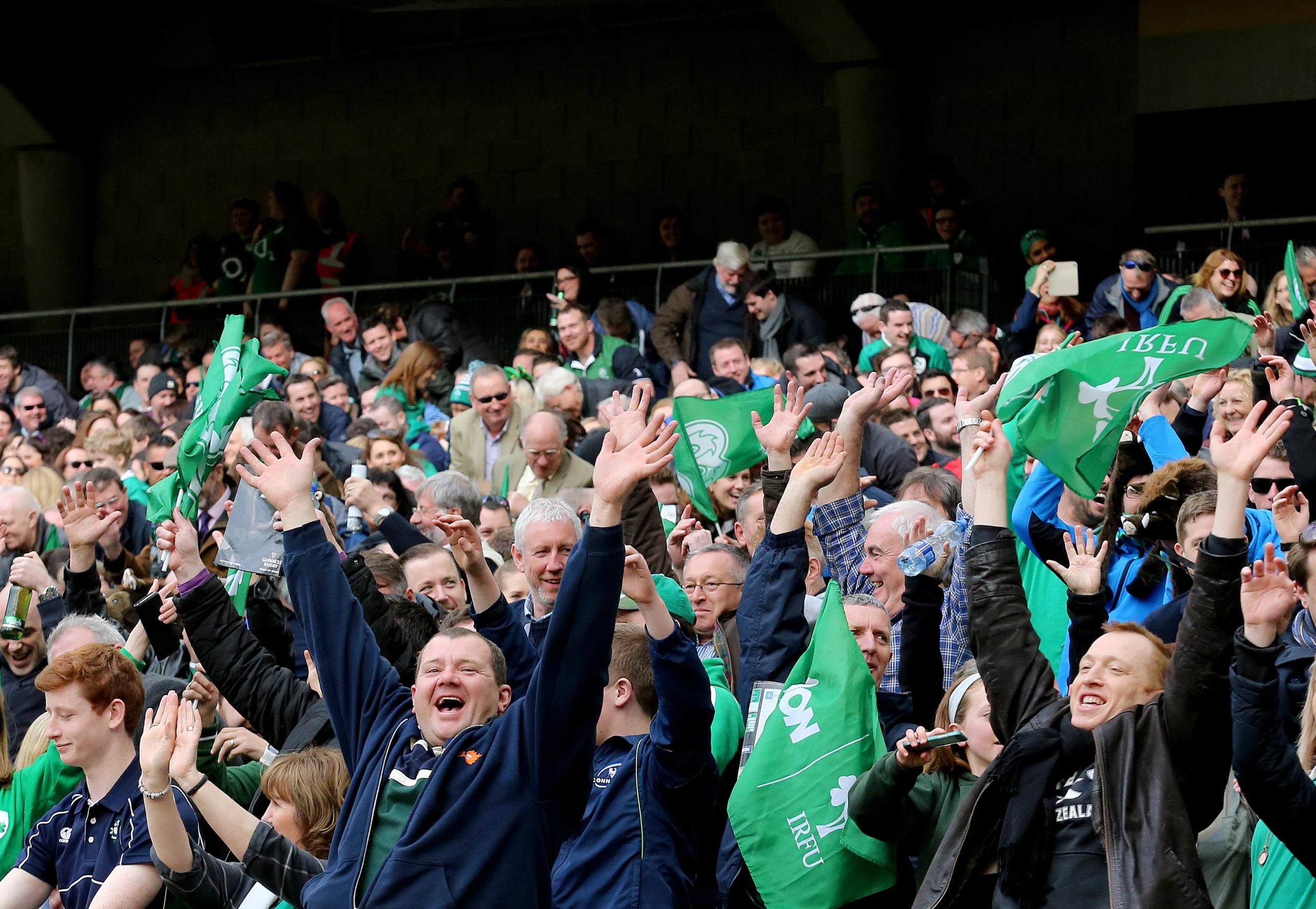 As Ireland’s Number 8 dived over for Ireland’s fourth and most spectacular score in a convincing nine-try victory over Italy at the Aviva Stadium, the men in green emphatically cut loose from their shackles and put to bed the doubters. Here we take a look at five reasons to be hopeful after a promising 58-15 win.

Munster flyer Simon Zebo didn’t cross for Ireland, but Rob Kearney’s absence was barely noticeable as he terrorised the Italians out wide with his electric pace and outstanding footwork.

At 25, he is cutting out the mistakes that littered his early games and continuing to show the flair that makes him special. He could become very important for Ireland.

CJ standing up and being counted

The find of the tournament is CJ Stander. Man of the Match in his first game, exceptional throughout the championship, the former South Africa Under-20s captain has been a revelation.

He carries as if his life depends on it and defends stoutly, he can be counted on to make the hard yards regardless of the opposition. And, with 16 carries against Italy, he clearly turned up determined to cement his place in an ever-more competitive Irish back-row.

Losing players of Sean O’Brien and Peter O’Mahony’s calibre would hurt any team, but such has been the impact of Josh Van der Flier and Stander, they will struggle to win back their places.

Leinsterman Van der Flier made more tackles than any Ireland player against the Italians and with Rhys Ruddock, Tommy O’Donnell waiting in the wings, Joe Schmidt is building enviable strength-in-depth  in the back-row.

And, when everyone is fully fit, he will have a pleasant selection headache.

Schmidt’s back-to-back Six Nations titles were forgotten relatively swiftly in certain corners and whispers were heard that despite the injuries he was having to deal with, his prescriptive approach was shackling the Irish talent.

Those doubters are now few and far between. Ireland burst into life from the first minute to the last and what pleased most was that Ireland’s older heads combined exceptionally with Schmidt’s youngsters.

The Kiwi has shrewdly laid the foundations for future success and in Van Der Flier, Stander, Robbie Henshaw and Zebo, he has enough talent at his disposal to figure at the thick end of next year’s championship.

Very rarely does a team have to account for the loss of as monumental a figure as Paul O’Connell and, while question marks were raised when Ireland squandered their lead against the Welsh and failed to beat France, there was no complacency against the Italians.

Man of the match Donnacha Ryan and Devin Toner ran the airways in Dublin. Toner won seven line-outs and showed signs of building the type of aerial mastery that typified O’Connell’s career. Iain Henderson was arguably Ireland’s best player at the World Cup and will further intensify second-row selection when he returns from injury.

Henshaw has been one of Ireland’s most consistent performers in this year’s championship and with 15 carries for 72 metres, he again stood up for the men in green. At only 22, he has quickly become a lynchpin of Ireland’s back division and will likely remain so for a decade.