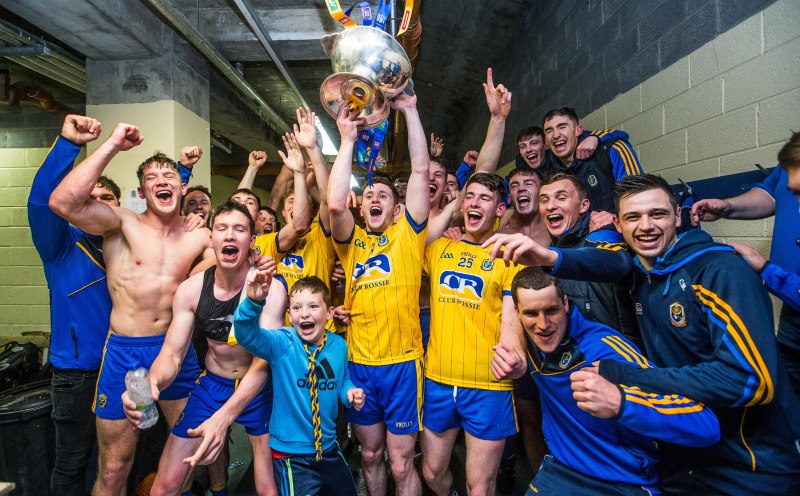 Roscommon did it. They went to Pearse Stadium in Salthill, stunned heavy favourites Galway and claimed the Connacht Senior Football Championship for the first time since 2010.

The Rossies may have been unfancied heading into Sunday’s final but a brilliant all-round performance from Kevin McStay’s well-drilled troops saw them deservedly triumph 2-14 to 0-12.

After being disappointingly relegated from Division One in league play back in April, they can now look forward to a first All-Ireland quarter-final in seven years.

And in case you missed it, we bring you five talking points from a mesmerising Connacht final.

Roscommon flew out of the traps – Ciaran Murtagh pointing the first score exactly a minute into proceedings, before his brother Diarmuid and Conor Devaney also got in on the action as the underdogs established a 0-06 to 0-02 lead after 14 minutes.

But things were about to get even better for the Rossies as they notched a sublime 15th-minute goal to build up a seven-point advantage.

Goalkeeper Colm Lavin started a crisp, three-pass move with a clever ball out to the left wing. Diarmuid Murtagh then fed a perfectly-weighted pass into Cian Connolly and he turned already yellow-carded full-back Declan Kyne before firing a shot beyond Ruairi Lavelle and into the corner.

Roscommon were in dreamland.

The seven-point advantage remained until half-time and although Galway were first on the board in the second half, a second Roscommon goal put them firmly back in the box seat.

A ten-point lead, 2-08 to 0-05, with less than half-an-hour remaining looked like enough to seal the deal but the reigning Connacht champions weren’t going down without a fight.

Galway reeled off six points – including four in five minutes – to bring themselves right back into the contest but the Rossies held firm and pulled away once more in the final quarter to give their fans a first provincial title to celebrate since 2010.

No Roscommon player epitomised their dominance more than Enda Smith. Lining out in midfield, the 22-year-old was simply inspirational for 70 minutes.

Smith won the opening throw-in to set the tone and was simply unbeatable in the air all day, claiming three marks and winning twice as many breaks.

His continuous recycling of possession, clever offloading and driving runs put the Tribesmen on the back foot as he led McStay’s troops to victory.

The game also hinged on the contrasting nature of the two teams’ kick-outs.

While Roscommon goalkeeper Lavin was flawless in his execution, Lavelle had a nightmare – as Galway’s kick-out game collapsed in the face of a full Rossies press and Smith’s spectacular marks.

Stack’s decisive goal came when he intercepted yet another errant kick-out and simply drove at the retreating defence, and while Lavelle eventually corrected the issue in the final quarter by resorting to longer restarts, the damage had long since been done.

While Roscommon can now enjoy a three-week rest before making their assault on the All-Ireland quarter-finals, Galway enter the last-chance saloon known as the Qualifiers.

A one-off shoot-out with the dangerous Donegal awaits in a fortnight’s time, after the O’Donnell County edged past Meath 1-15 to 1-14 in Navan in a Round 3A thriller on Saturday evening.

Galway will need a much-improved display to beat their Michael Murphy-inspired opponents at Markievicz Park in Sligo but with a quarter-final place, and a mouth-watering clash against Kerry, on the line, don’t bet against Kevin Walsh’s men to bounce back in style.

LIFE STYLE SPORTS HAS THE LATEST RANGE OF EVERY COUNTY’S APPAREL. EVERY COLOUR AVAILABLE TO PURCHASE IN-STORE AND ONLINE. CLICK HERE TO SHOP NOW.